Almost every Japanese has heard of the Nebuta Matsuri (Nebuta Festival) for a reason. Held annually from August 2-7 in the northern city of Aomori, the Nebuta Matsuri is one of the most spectacular festivals you’ll ever see. Over the six-day period, Aomori City is transformed into a dazzling display of artistry, light and dance.

Every night of the festival (except for the final day when it is held during the day), giant painted paper floats known as nebuta weighing up to 4 tonnes are paraded through the streets using nothing but people power to push them from side-to-side, playing with the crowd. The nebuta generally depict kabuki characters, and historical and mythical figures. 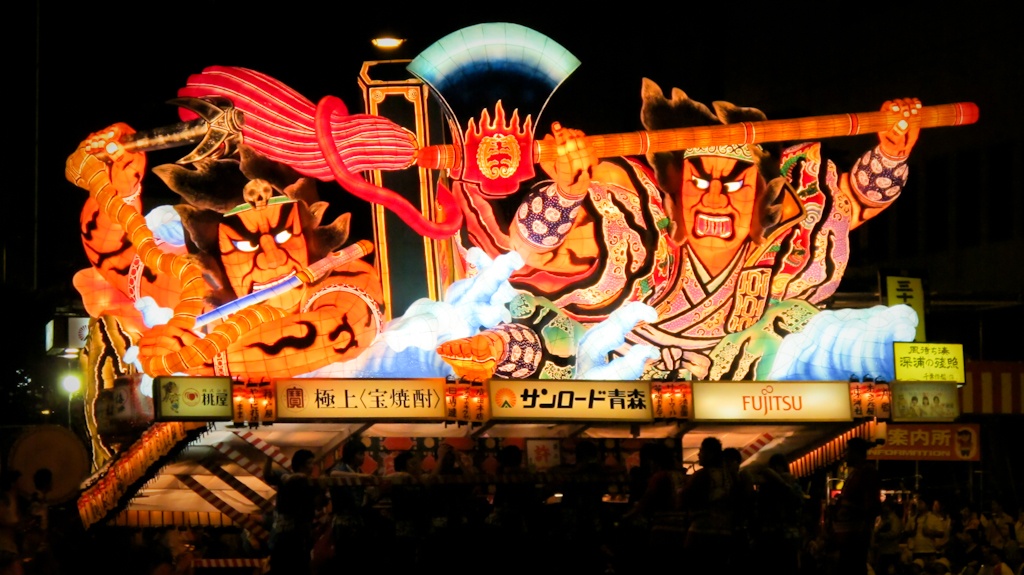 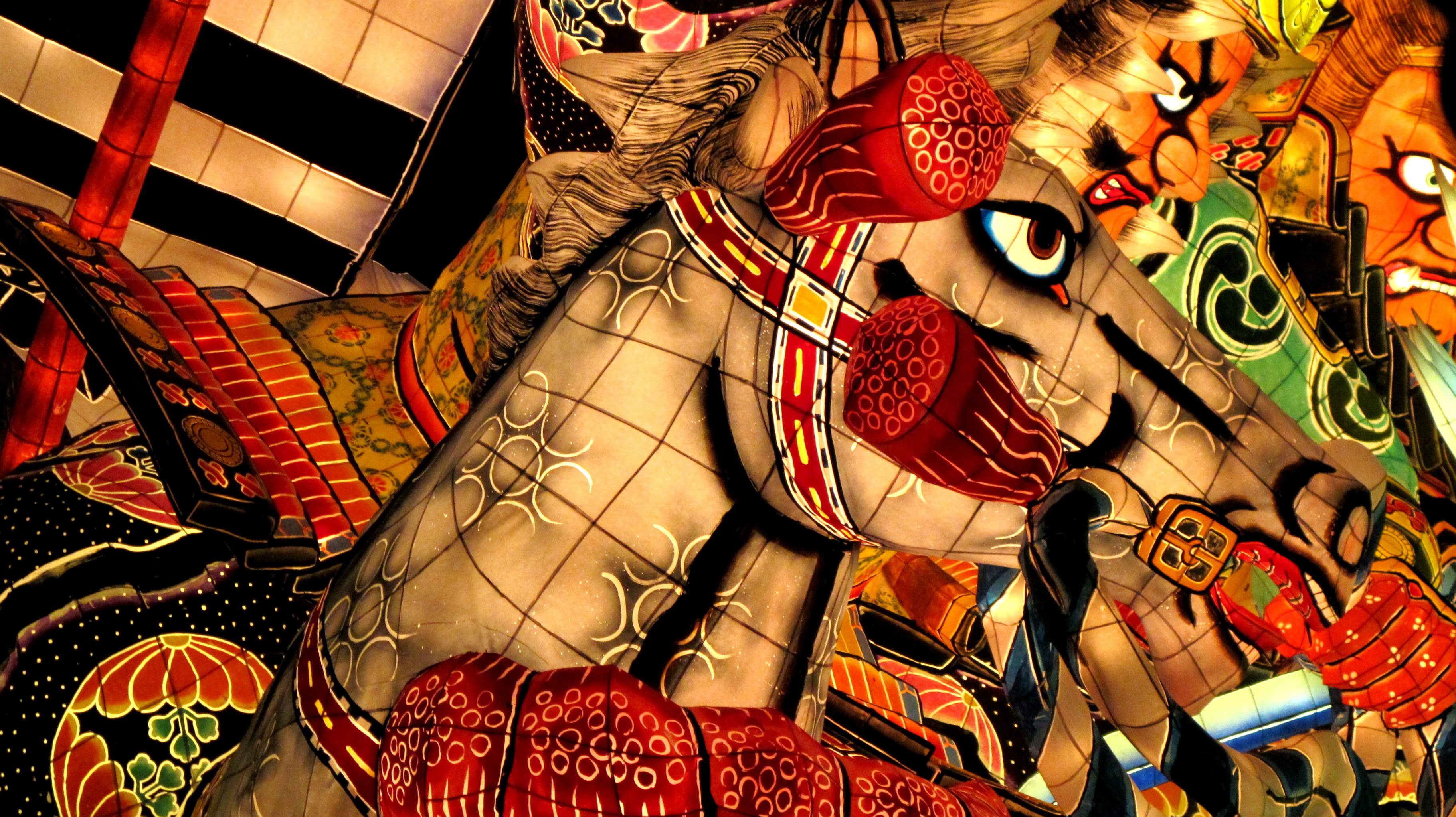 Between the floats, hundreds of dancers known as “haneto” dance wildly in a kind of hopping/skipping motion to the cries of “rassera rassera! rasse, rasse, rassera!” as taiko drums and flutes fill the night.

On the final evening, the nebuta are placed into the bay lighting up the water while fireworks light up the sky. The Japanese are serious about their fireworks. You won’t be waiting all evening for a ten-minute finale. Instead you’ll be treated to a close to constant two-hour light show. 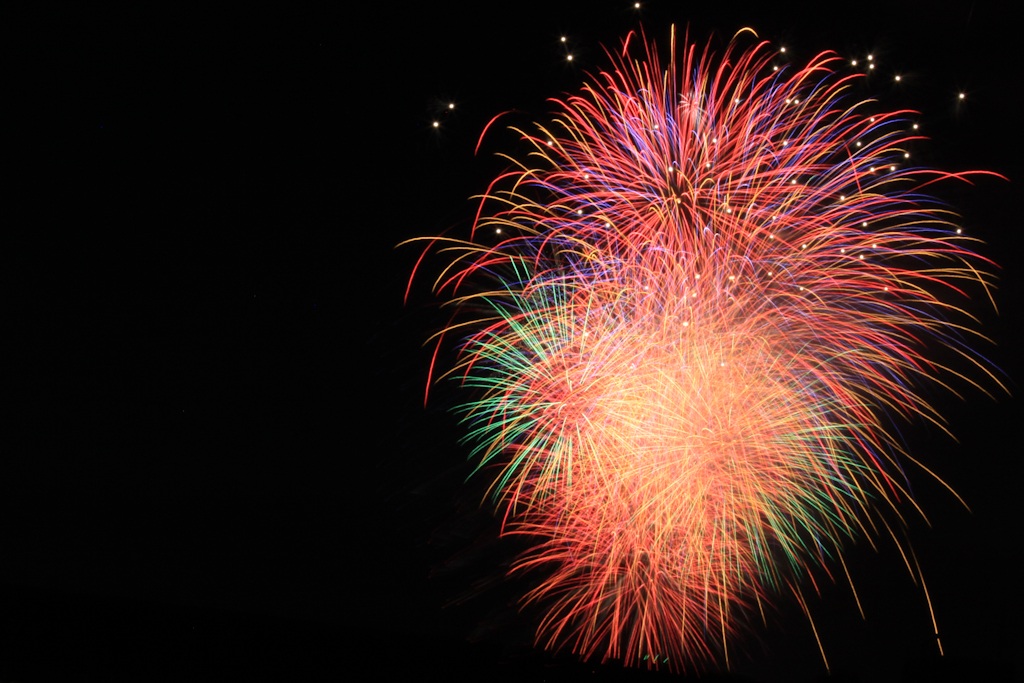 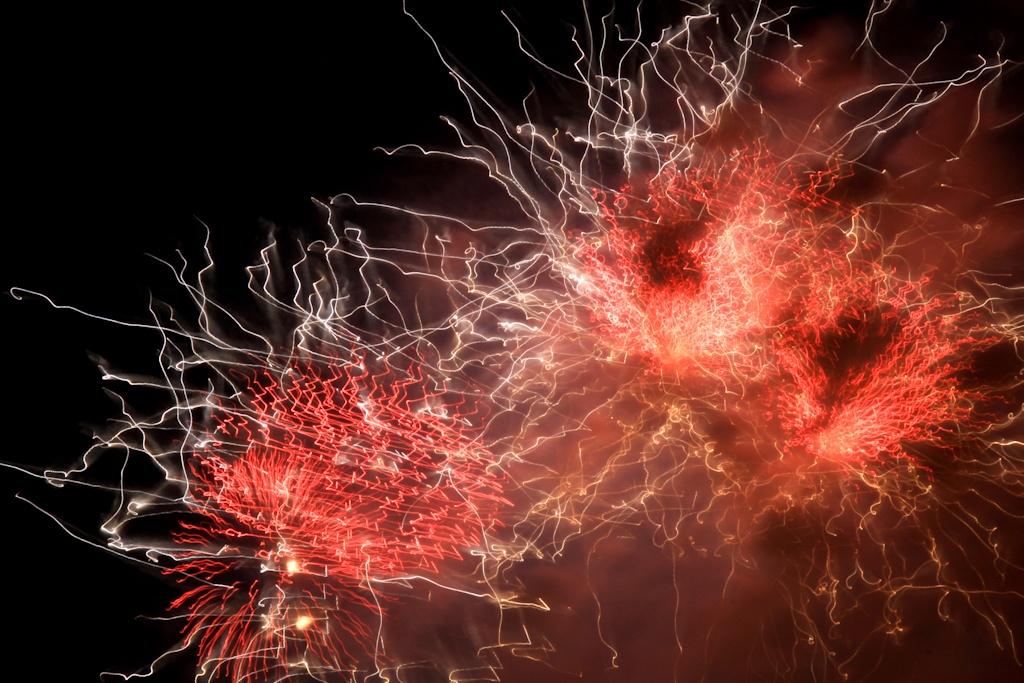 The exact origins of the festival are unknown and while theories abound, there are a few dominant stories from which the Nebuta Festival is most likely to have derived.

The first is related to the celebration of Tanabata (Star Festival) in which wooden lanterns covered with Japanese washi paper were placed onto the water as offerings. The second alludes to the effect of Japan’s blistering summer heat. It is believed by some that the festival could have been a creative way to ward off the lethargy experienced by farmers who didn’t feel much like working in the fields during the warmer months. Another theory relates to the legend of Sakanoue-no-Tamuramaro, a warlord of the 800s who wanted to stamp out the Ezo people of Hokkaido and the northernmost part of Honshu (where modern-day Aomori is located) who didn’t obey the Imperial Court. Legend has it that Sakanoue-no-Tamuramaro hid soldiers into gigantic dolls to lure his enemies and succeeded in destroying them. Anyone reminded of a certain wooden horse in Troy?

Whatever the true origin, the nebuta have undergone some changes with the times. For example, they are no longer lit up by candles but light bulbs (up to 800 of them!) powered by a generator. Bamboo frames have also been replaced by wire. Both of these measures have reduced the fire danger significantly.

The nebuta have also increased in size, however, urban obstacles such as power lines and traffic lights mean that they are limited to a maximum of 5 meters in height and 9 meters in width. The construction process requires great skill and patience from drafting the initial design to putting together the frame and electrical wiring to the various stages of coloring. Each nebuta takes a year and up to 20 million yen to make (that’s around US$250,000!). About two dozen are made for each year of the festival. You do the math! 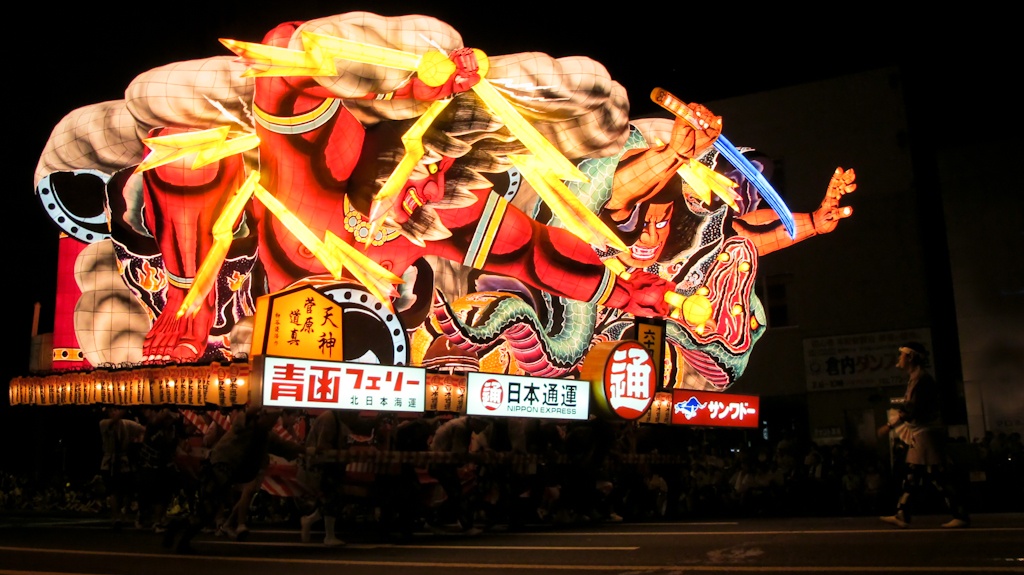 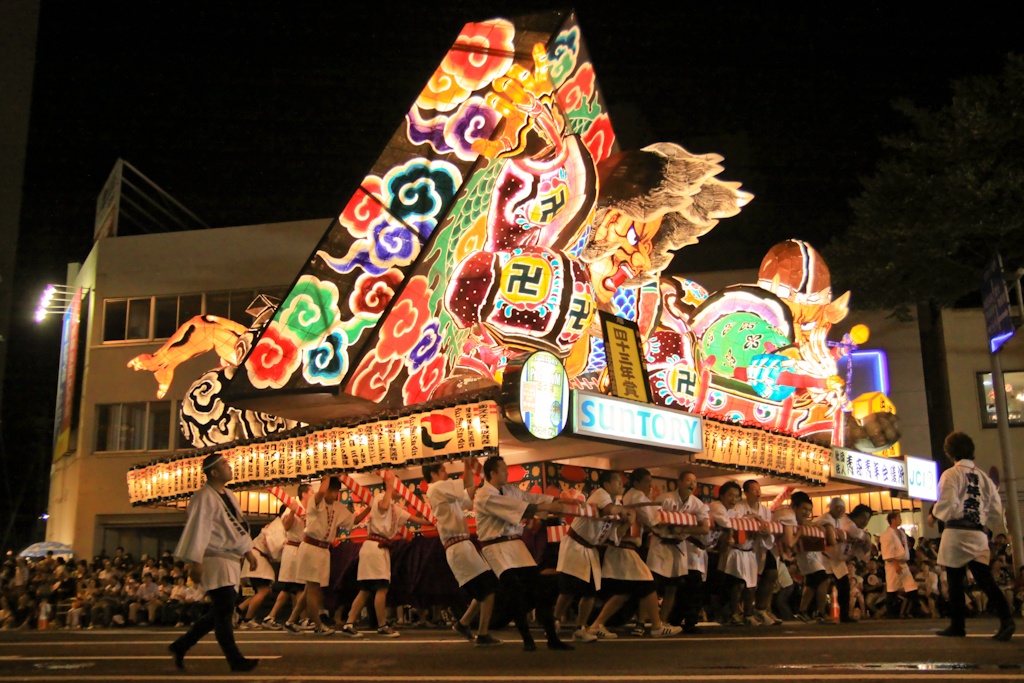 During the days of the festival, the nebuta are housed at Rassera Land next to the ASPM building by the city’s waterfront. This is a chance to get up close to the nebuta, speak to some of the designers and artisans, and take pictures.

The great thing about the Nebuta Festival is that anyone can participate as haneto dancers. The only requirement is that you are wearing the traditional Nebuta Festival outfit, which can be purchased from supermarkets for around ¥5000 or hired at local shops around town for about ¥3000. Just duck under the ropes that surround the haneto groups and join in the dance and chant – rassera rassera! It’s a great way to meet local people and is a chance to participate in one of Japan’s most spectacular festivals. 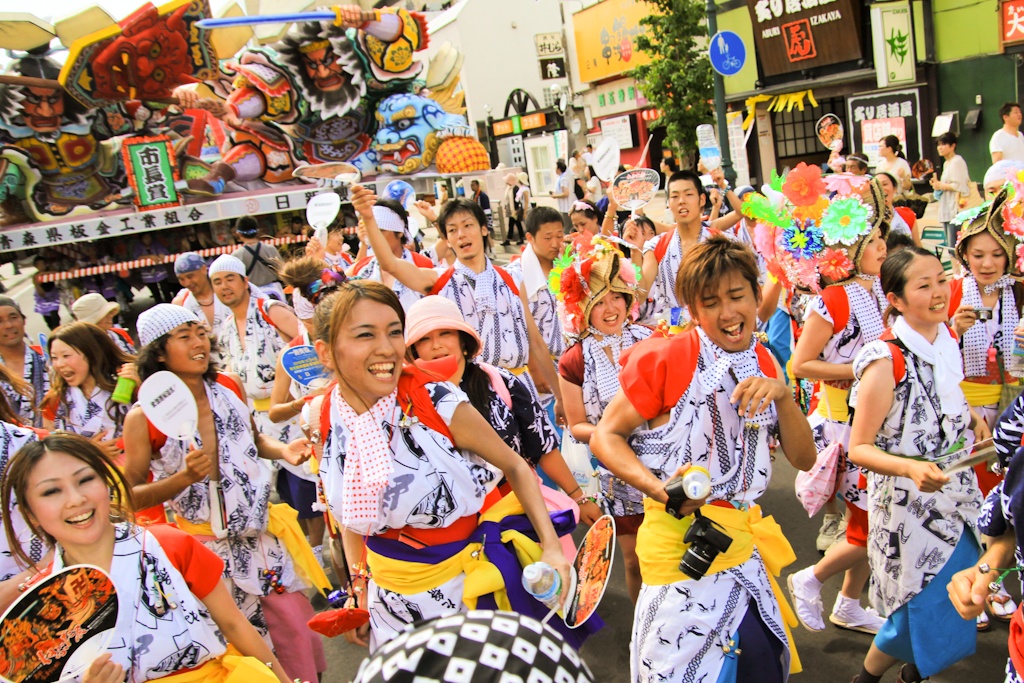 The night events are by far the main attraction, especially mid-festival onwards when things really ramp up. As a haneto dancer, you’ll be behind the same float for the entire parade circuit. Therefore, if you are wanting to both view and participate, it would be preferable to attend the festival over two nights so you can enjoy both experiences.

We attended the final night parade on the second last day and then participated in the day parade before the final bay/fireworks event. We had a great time participating as haneto but as this festival is held at the height of the Japanese summer, it’s extremely hot during the day, especially because you are jumping up and down most of the time. The night parade is a more comfortable option. However, if you do join the day parade, just remember to keep hydrated. You are allowed to go in and out of the ropes as you please as long as you don’t get in the way of the floats or disturb the progression of the parade. So join your comrades in a quick convenience store stop before re-joining the festivities ready to dance your way through the streets again! 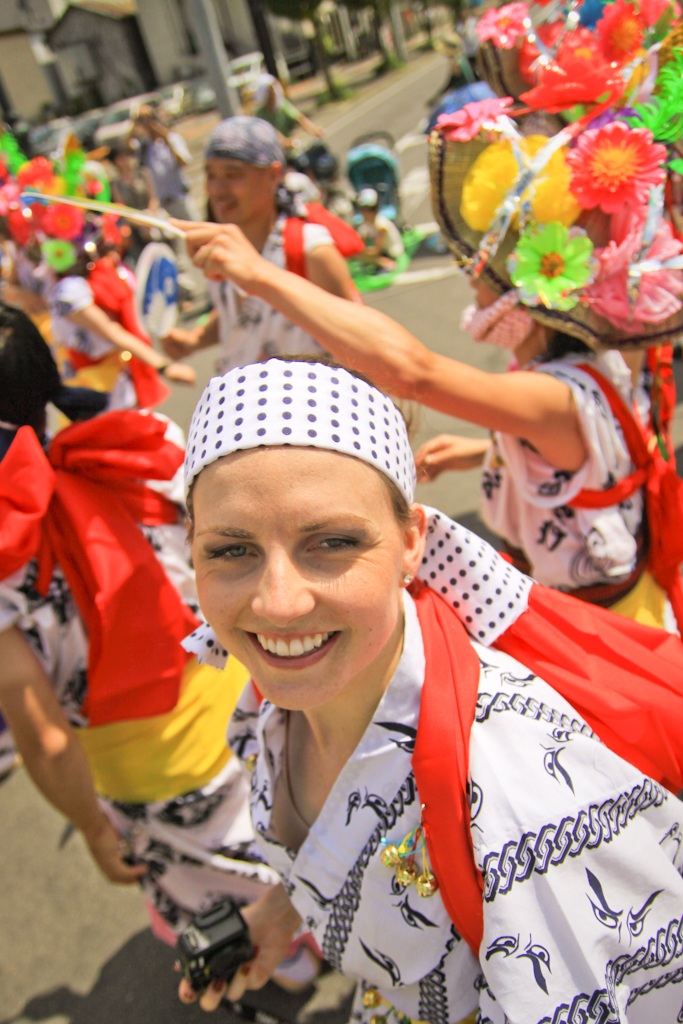 Me as a haneto dancer.

Japan has some pretty spectacular festivals but I have to say this is my favorite to date. The incredible hand-crafted floats are a sight to behold in themselves but the added participatory nature of the festival adds to the experience. Chat with some friendly locals and don’t forget to pick up some omiyage (souvenirs) made with the specialty product of the region: apples!

Free (sidewalk seating – arrive early to get a good spot, just bring a newspaper or plastic bag and sit on the kerb, or bring your own foldable chair).

Tickets for the last day include seating for both the day parade and the night-time bay event/fireworks.

Tickets go on sale approximately one month before the festival and are available from Ticket Pia and convenience stores.

Here's a little taste of what you'll see at the festival.

Read more on the practicalities of your visit on the official Nebuta Festival website in English here.

Other major summer festivals of the Tohoku region:

[…] Read more about this festival, including how to participate as a haneto dancer, here. […]

[...] we like it: From the colourful celebrations of the Nebuta Festival or swimming with pink dolphins in the Amazon to spur-of-the-moment hiking in the [...]