This is Jess and Hai, life addicts who encourage personal growth through travel and new experiences. We believe that travel can be transformative, restorative and life-changing, and we want to help you do more of it.

We first started travelling together in 2006 and since then have travelled to more than 50 countries across 6 continents. We’ve done long-term backpacking, short getaways, cruises, hostels to luxury hotels, camping to glamping – all in the name of new experiences. Currently we are based in Tokyo, Japan. 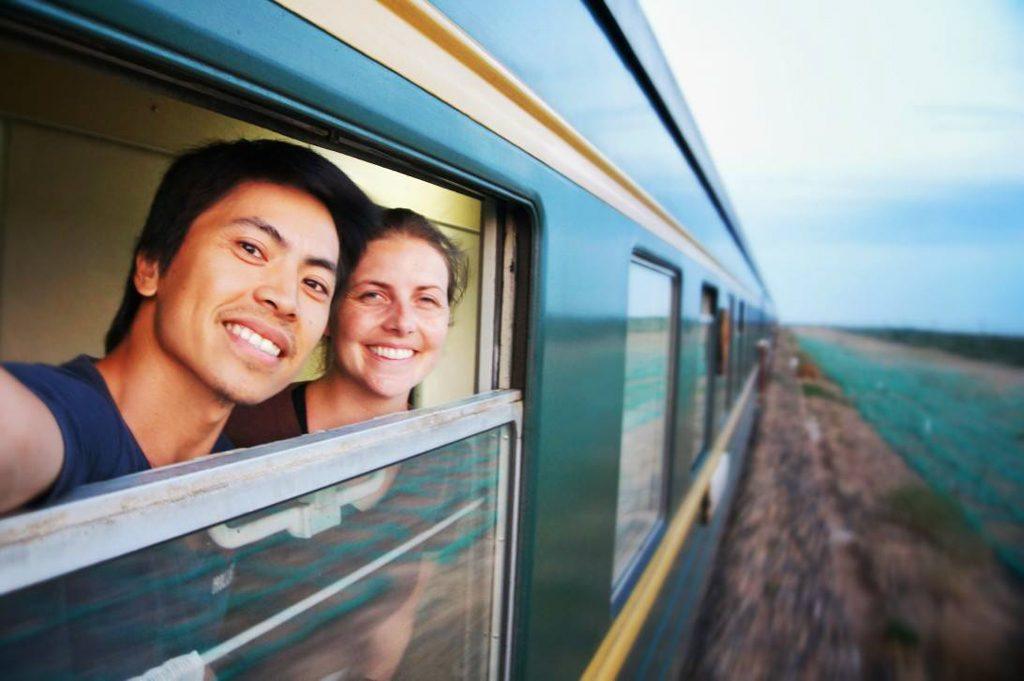 On the Trans-Mongolian from China to Mongolia.

We travel to constantly challenge ourselves and our own assumptions, and we hope that by sharing our first-hand experiences we can change some stereotypes along the way – about the destinations we visit, the various types of travel we do and, as an international married couple, about culture and race too.

When we use the word “nomad” we don’t necessarily mean a perpetual traveller without a home base (although there’s nothing wrong with that either). What we mean by the term nomad at its very core is a sense of freedom and being able to forge our own paths; reducing the things that hold us back from the places we want to go and the things we want to achieve. 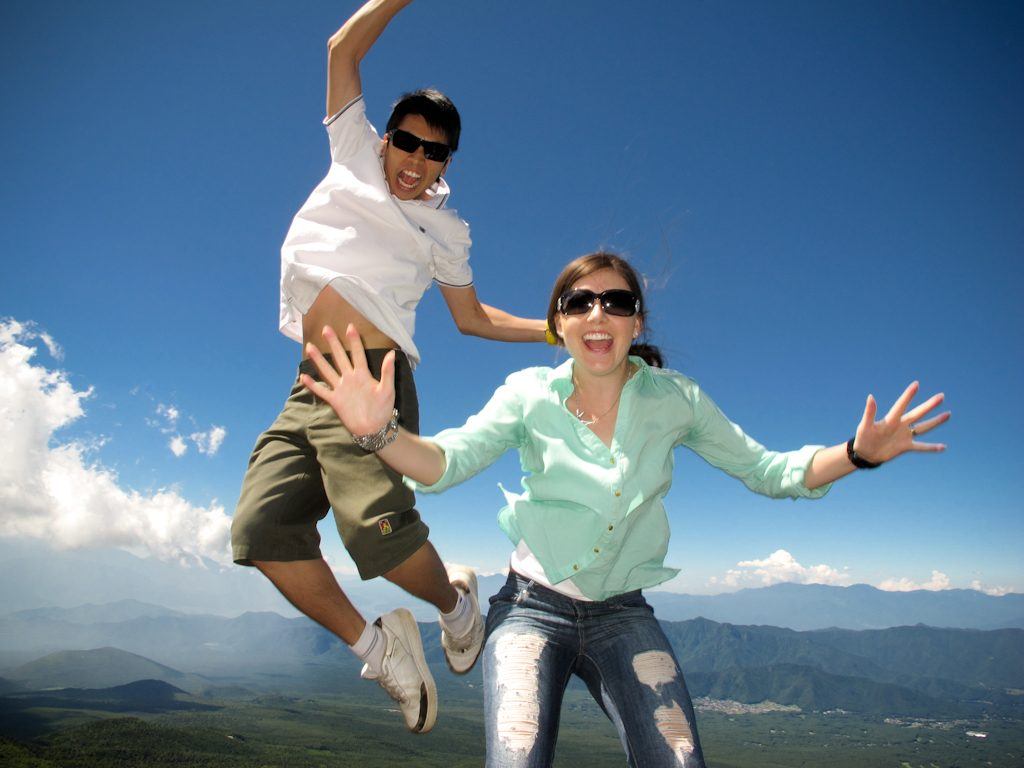 Too often we are told that we can “have it all” – and all we have to do is create a balanced lifestyle where we allocate time to jobs and family and hobbies, and have vacations too. Let me tell you, it’s one of the biggest illusions out here – this sense that such a perfectly balanced life exists. Forget trying to do things in even measure. You have to prioritise that kind of lifestyle in order to have it and you have to sacrifice something in order to achieve it.

When you switch your thinking to one where you prioritize instead of trying to do everything on a never-ending list, a very powerful change occurs within. You start to feel empowered – you simplify your list to reflect your core values and it gives you the starting point for achieving the things that matter most. You decide what you need to sacrifice and then start re-planning your days to include more of the things that help you achieve your dreams and happiness, and less about the things that get in the way of that.

If you’re on the verge of a life change, we know it can be daunting, but we are here to listen and we want to help you on the path to achieving a life full of quality experiences that make you smile at yourself and think, “I really did that.”

To help get you started, we’ve created a useful PDF that’s designed to help you identify your goals and start getting on the road to achieving them. Subscribers to our newsletter can download it for free.

We thought we’d use also this opportunity to answer some of your frequently asked questions.

Where are you from?

I'm from country Victoria, Australia; a child of Dutch migrants. I grew up surrounded by lots of space and animals, and the familiar smell of a wood fire. It's probably why I still feel a strong connection to the great outdoors, despite having become accustomed to city living. I was always curious about life outside of what I knew and dove into the world of books to show it to me – in old National Geographics and encyclopedia sets (remember those!) we picked up at garage sales. It still humbles me to think that I have now visited many of those places I daydreamed about and even been featured by the likes of National Geographic and Lonely Planet.

As for Hai, he was born in a small town called Tra Vinh in the Mekong Delta, Vietnam. His family fled post-war Vietnam in the early 1980s when he was two years old. It was a perilous journey by land and boat, and one that he still doesn't know too many details of. What he does know is he and his family stayed in a refugee camp in Malaysia for six months, then spent one month in Singapore to await a flight to Australia. Their first two years in Australia were spent in Perth and that's where he has my first memories, of starting kindergarten. They then relocated to Melbourne, where his family continues to live today.

The two of us started travelling together in 2006 and are now based in Tokyo, Japan.

Where did you meet?

We met at our part-time jobs in Melbourne. I moved to the city for university and we both worked at a department store there. Despite working closely together for 2 years, we didn’t start dating until after Hai left for another job. We left on our first trip together 6 months later, a six and a half month round-the-world backpacking trip, and the first big test for our relationship. We landed back in Australia engaged.

How long have you been married?

We got married in 2008 in Melbourne, Australia. We also had a wedding ceremony with our Japanese friends on our first wedding anniversary in Okinawa, Japan.

Our wedding anniversary (November 22nd) is actually a very auspicious day for marriage in Japan. The date can be written as 一一二二 (literally 11/22). However, if you read the characters in a different way (kanji can have various different readings), then it reads as いい夫婦 (ii fuufu), meaning “good married couple”. 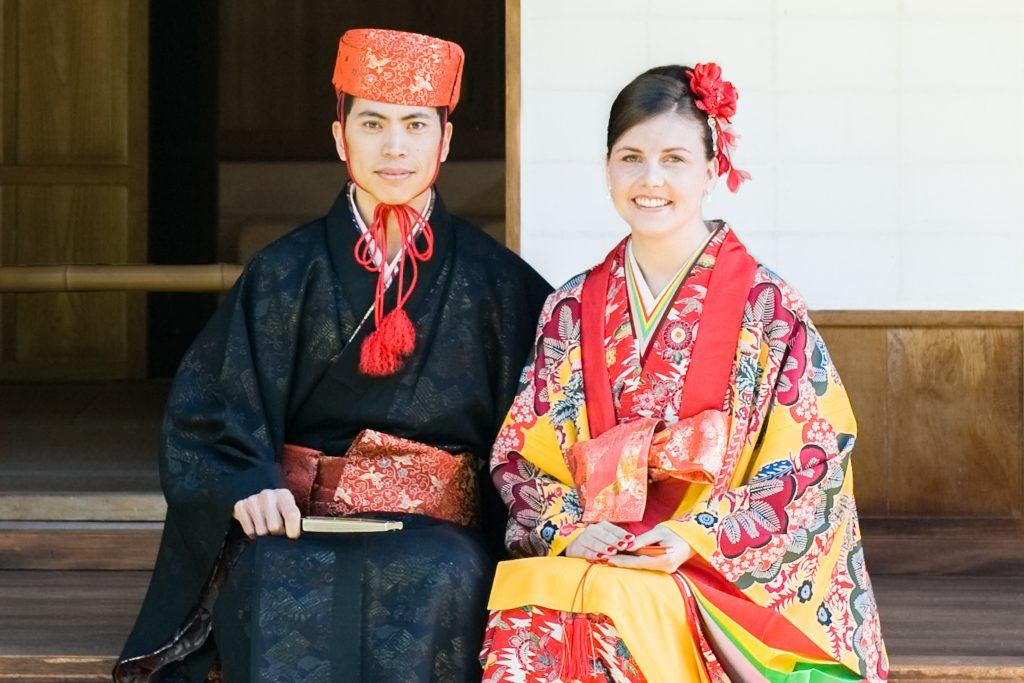 How do you pronounce Hai’s name?

It’s pronounced ‘hi’, as in the greeting. It’s always a cause for confusion in Japan as ‘hai’ is the word for ‘yes’. But the actual meaning of his name originates from the Chinese character for the ocean. It’s also ‘shark’ in German and Finnish, which he seems to prefer. ;)

Who writes the blog?

As you may have noticed from the use of the word ‘I’ throughout this page, I (that’s Jess) am the one behind the words. Hai is a photographer and he is the one behind the camera. You can see his work on this blog as well as on our Instagram account.

We are also the Instagramers Japan Instameet Managers for Japan, which is basically just a fancy way of saying we organize photography meet-ups in Japan (mostly in Tokyo since that is where we are based), where anyone is welcome to join us in exploring a new spot and taking some fun photos along the way. Meet-ups are monthly and you can find the details on our Facebook events page.

Speaking of social media, if you use it and would like to connect there, this is where you can find us:

Thank you for taking the time to stop by, we're so glad to have you onboard. Come say hi in the comments or one of our social channels  – we'd love to know about you, your goals and any suggestions for content that would help you achieve them.

What a fun couple! Love the blog! Love the stories! Thanks for sharing! :)