The blue evil eye. It's a talisman impossible to miss in Turkey. You'll find one in your favourite cafe, the local bus and on that souvenir bracelet you just bought. Or replacing leaves on trees. They sometimes do that. 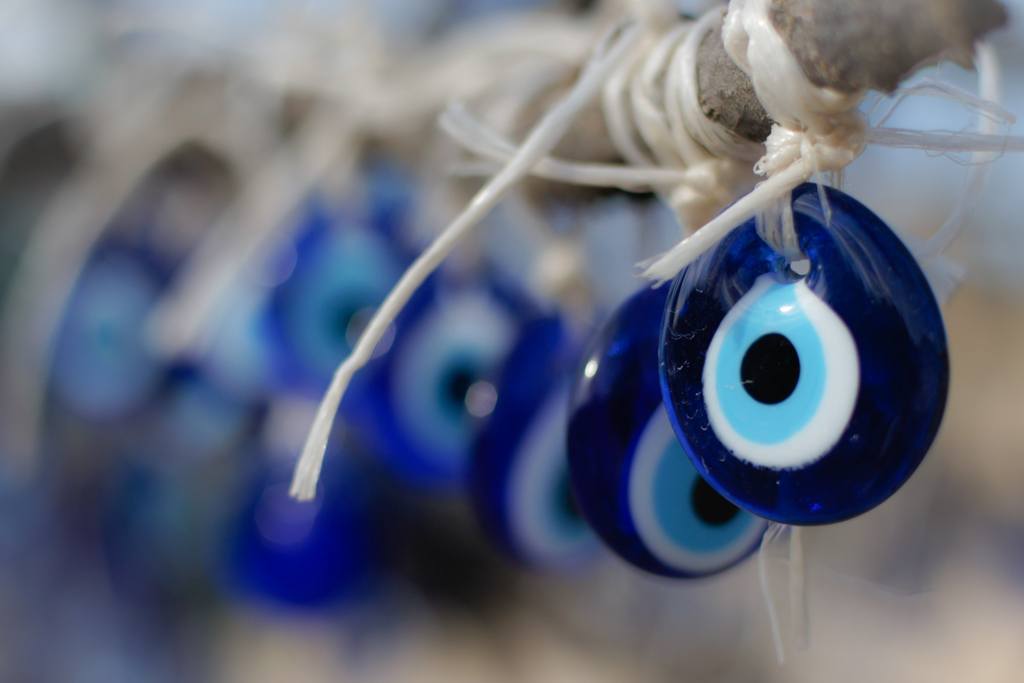 It's easy to guess that anything referenced this much must have a special meaning. And it does. It might be obvious to conclude that the evil eye keeps watch and works to protect you, but exactly how it came about is fascinating.

Now to understand its origin we need to go back to the ancient mythical legend of Medusa. Actually, explaining this story is no easy task simply because so many versions exist, ranging from Medusa being a hideous creature from birth to a vain beauty who brought on her own fate to an innocent woman caught up in a man's world.

Let's just say there is no consensus, but as I have to choose one to explain, I'll go with the story our guide more or less told us.

Once upon a time, there was a beautiful woman named Medusa. She had ravishing locks and exquisite blue eyes, looks that didn't go unnoticed by many a male suitor. She was pursued by Poseidon for whom she had mutual affection. Their relationship enraged Athena who in her jealousy turned Medusa's beautiful hair into snakes and those lovely eyes into hideous orbs that turned anyone she dare set her eyes upon into stone.

Interestingly, many stories mention that in her own self-loathing of her new form, Medusa fled to Africa where the snakes on her head are said to have starting dropping baby snakes onto the ground. This is supposedly how venomous snakes came to inhabit Africa!

Medusa's misery would finally come to an end with her beheading by Perseus who used her slain head, her eyes still possessing their stone-turning powers, to win many battles. Her head eventually made its way back to Athena who placed it on her shield for protection.

Certainly not one of those “lived happily ever after” tales!

So, what is the exact connection between this story and the evil eye? Well, since Medusa's eyes had the power to keep the enemy away, everyday folk started putting representations of her in their homes and temples, to always keep evil at arm's length. A superstitious tradition that continues to this day. 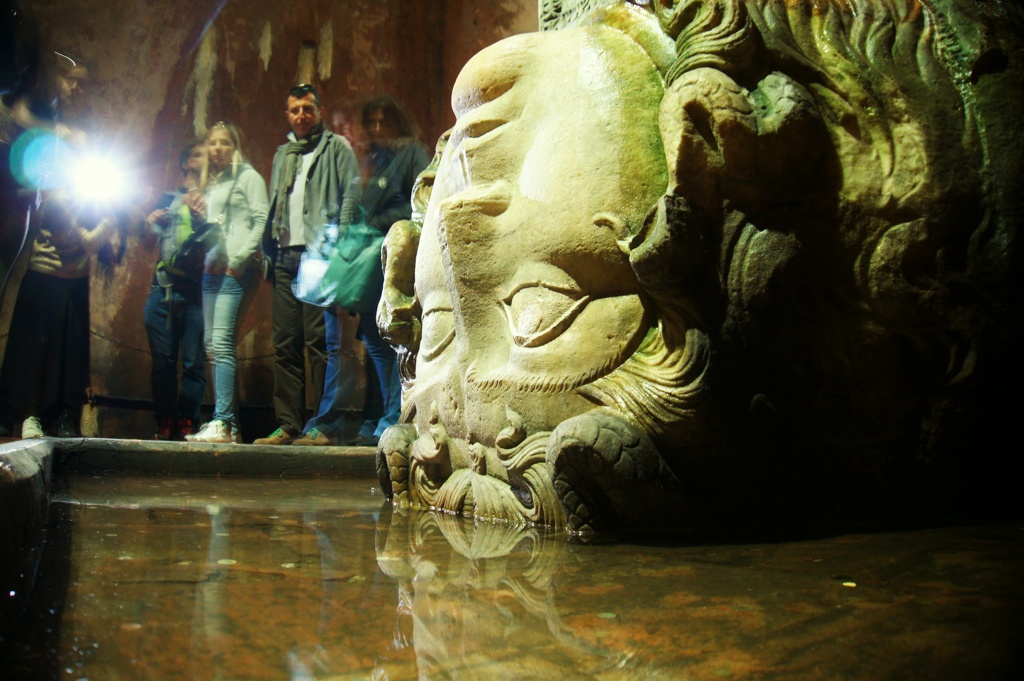 One of the Medusa heads in the Basilica Cistern in Istanbul, deliberately placed up-side-down so you can't look at her eyes right side up. You don't want to turn into stone now, do you?!

Do you have an evil eye? Or do you possess something similar in your country or culture?

I just got back from Turkey and brought evil eyes for everyone! I heard the exact version of the story you shared--thanks! I'm sending this article to friends so they can know the meaning.

@Zuri, his version is NOT what was said in the myth! She ran from Poseidon into Athena's temple and he "pursued" her in there and "violated" her. As in he RAPED her. That is why Athena have her the power to turn men into stone!

Thanks so much, Zuri! Hope you had a wonderful time in Turkey! :)

10 Things to do in Istanbul

[…] You won’t spend all that much time down there and it’s not included on the city’s Museum Pass, but this cistern under the city was my favourite attraction in Istanbul. Unless you really prefer to take things in aurally, you can skip the audio guide. It’s simply an audio version of what’s written on the signboards, which you can read for free. There’s usually a bit of a bottleneck to get down and see the Medusa heads, but don’t skip it, it’s the best part! Read this short post on why the heck you really need to know about who Medusa was and how you’… […]

Dude! I never knew that. I've totally seen the eyes before, usually on bracelets (some ridiculously expensive from my luxury retail days). Such a cool story. I always liked Athena, but that was a pretty catty move she pulled with Medusa!

@Britt Skrabanek, that "cool story" is actually about a RAPE. Medusa had made a vow of celebacy and worshipped Athena. Poseidon decided he wanted her so he chased her. She ran into Athena's temple to try to escape from him. He followed her and the true myth says he "violated" her... I'm other words, he RAPED her. When Athena saw, she was furious. She made Medusa turn ugly (probably to keep "her man" from staying to her) and have Medusa the power to turn men into stone. This was so Medusa could use her gaze as revenge for being trapped by a man. I have studied the different myths for years and this one is the one that infuriates me the most simply because so many people claim to know the story and yet torn it's into some romantic thing. Rape is NOT romantic.

Although I'm sure they can get pricey too, luckily you can pick up a simple evil eye bracelet in Turkey for as little as 1 Turkish lira (about 50 cents). Protection for all! haha

In another version of the story, Medusa waltzes into Athena's temple and starts saying how much better the statues would look if they were of her rather than Athena. Apparently, Medusa was so enthralled by her own reflection on a golden door that she didn't notice Athena's presence. Athena then gave her a good talking to and cursed Medusa to teach her a lesson about modesty and beauty only being skin deep.

Some then conclude that Athena's actions were justified and that this was a fate brought on by Medusa herself. Probably other ways to teach that lesson but they didn't do things by halves in those days!