Wander the ancient Greek and Roman ruins of Ephesus, Turkey and you'll find this astonishing advertisement for a Roman brothel etched into the marble walkway. Dated to the 1st Century A.D., it's considered the oldest advertisement in history, for the oldest profession in the world! 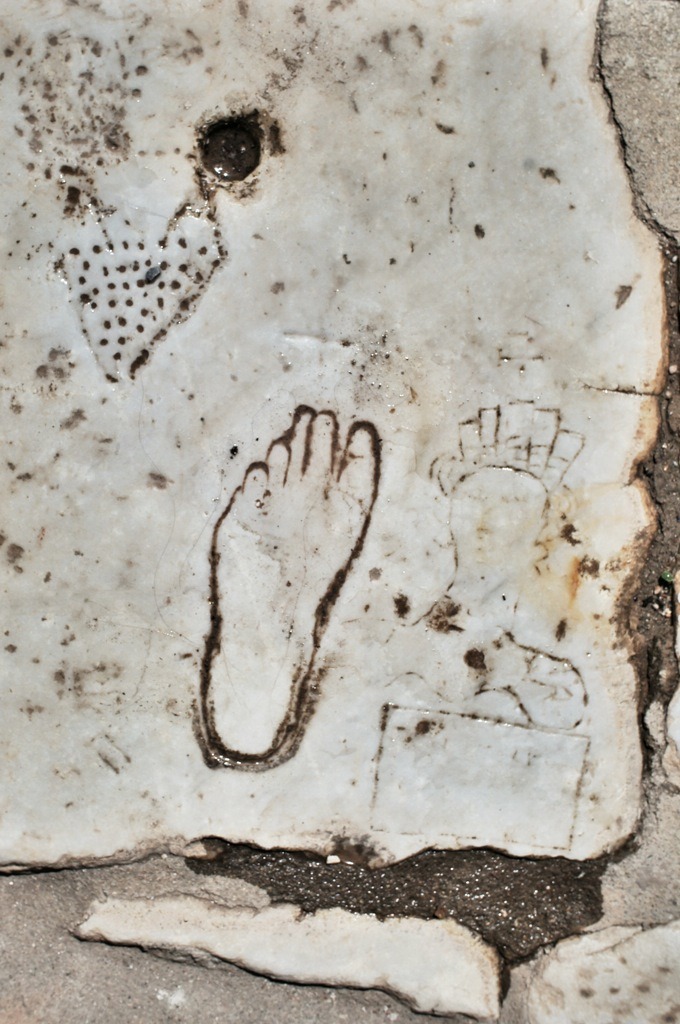 So what does this ancient bordello advert mean?

The part that you'll probably notice first is the foot leading the way, and, above that, a cross believed to represent an intersection.

The size of the foot is said to mean that a certain age was required to enter (i.e. if your foot was smaller, you were too young) and the use of a left foot indicates that the brothel was on the left at the cross-roads ahead.

The depiction of a woman tells us what one can find there and the hole at the upper left (the location of the brothel) with the coin-filled purse, tells us that if you had enough money to fill the cavity, you could buy her affection.

The box underneath the woman symbolizes the library that was opposite the brothel. Meaning, that if you had no money, there was always the library! Essentially, it's an ancient version of “No money, no honey”!

Even those with the cash to spend were thankful for the location of the 2nd biggest library in Ancient Rome with some 200,000 scrolls. A secret passageway between the library and the brothel meant that even the most frequent of visits could be guised as a love of literature!

Do you have the same interpretation? What's yours?

Ha! That is so hilarious! Books, brothels? Both, please.

Rather different, I'd imagine! haha

Thanks Charlie. We certainly thought so!