Part Four of my account of working as a Peace Boat Volunteer in Ishinomaki, a town hard-hit by the events of March 11th 2011, as part of earthquake/tsunami clean-up and recovery efforts.

8/2 – Well now that the festival was over, it was back to Kobuchi-hama to assist with oyster cultivation. Experiencing the festival had been a real privilege but we felt motivated to get back into the work we had started a couple of days earlier. The oyster rope assembly line was in full swing when I was asked to accompany a couple of the fisherman on one of the boats still available to them. Today I got to see the next step in the cultivation process. Several palettes of roped oysters had already been prepared and it was now time to hang them in the bay to serve their two-year time until maturity.

We took the boat some distance out into the bay. As the fishing port became smaller in the distance, I could see rows and rows of buoys that were not visible from the shore. As we approached, I could see two ropes running parallel between them and some areas with oysters hanging from the lines submerged below the surface. We chatted as we worked under a cloudy sky, learning a little more about each other and me about their tsunami stories. I carefully lowered the ropes down into the water below us, careful not to get them tangled and then passed them off to the fisherman to tie to those two ropes which we had pulled close to the boat with the help of a long hooked stick and some muscle.

How they decided exactly where to tie them I’m still not sure. They would take us to a spot, count the buoys to determine our current location and then after looking in the water and back at how many ropes we had, decide on how many we should tie there. We would often move on even when there was far more space to tie and a stack of coiled ropes still to be hung. On occasions, we would hang just two ropes before proceeding to other waters. I have no doubt that the way in which the oysters were placed was planned and with a clear and advantageous purpose but with my limited knowledge of the oyster industry and how to produce the best yield, I wasn’t quite sure what that was. While I hadn’t quite worked out their method, I did learn a lot about oysters that day, the fisherman showing us various specimens of live oysters that looked more like translucent jelly-like blobs. The ones served up in restaurants are dead, which gives the flesh a completely different appearance.

It had now been an overnight bus-ride and four full-days of work since we last washed: sweating, handling oysters, scrubbing toilets and at sea. Thankfully, today was ofuro (bath) day! The first of two during our week-long stay. After returning to camp, we grabbed our towels and bath products and were taken to a highway rest stop, a 20 minute bus-ride away. You know it’s time for a shower when people start saying things like ‘hisashiburi’ (it’s been so long) about running water. 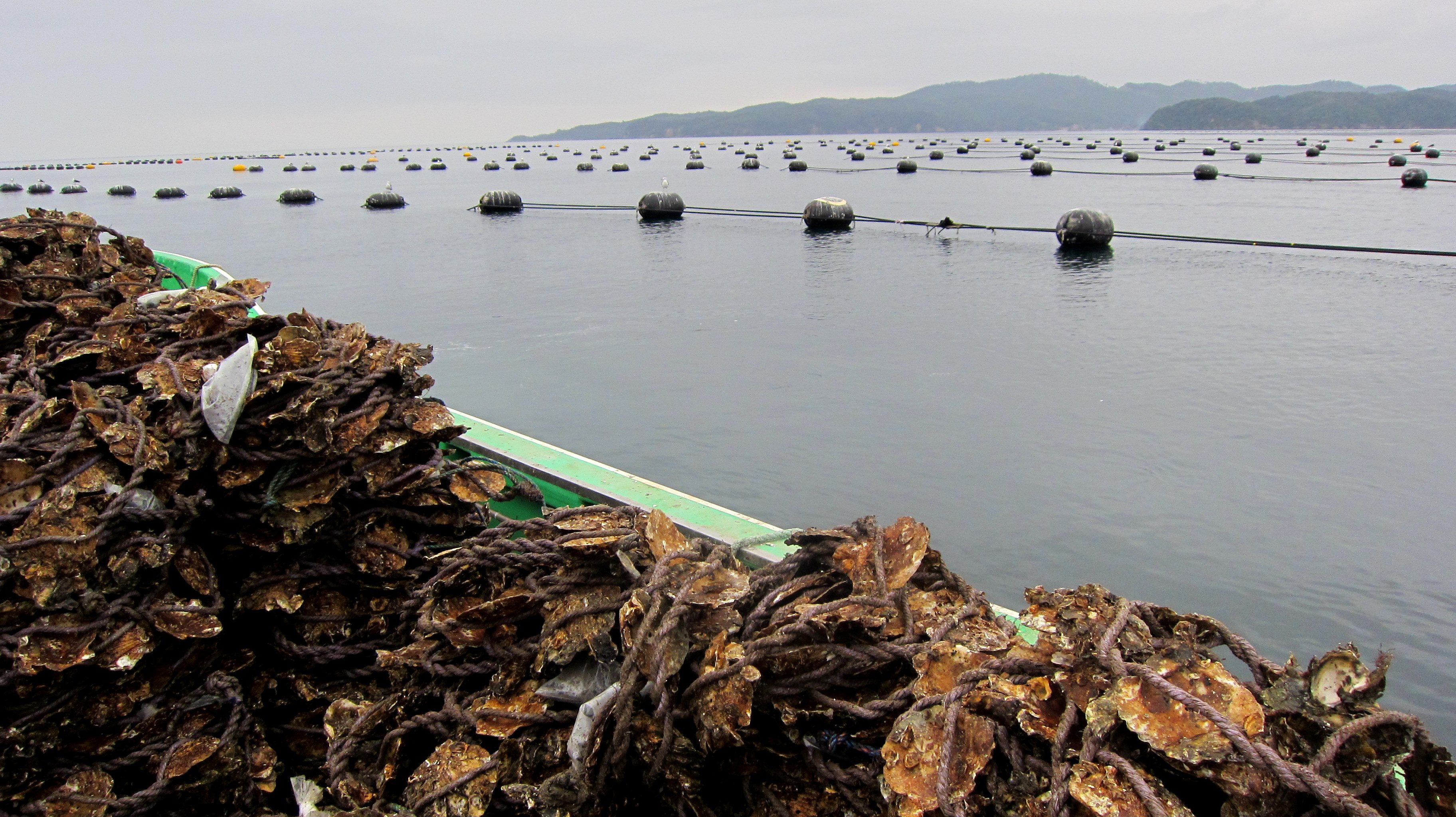