Part Three of my account of working as a volunteer in Ishinomaki, a town hard-hit by the earthquake/tsunami of March 11th 2011, as part of clean-up and recovery efforts. 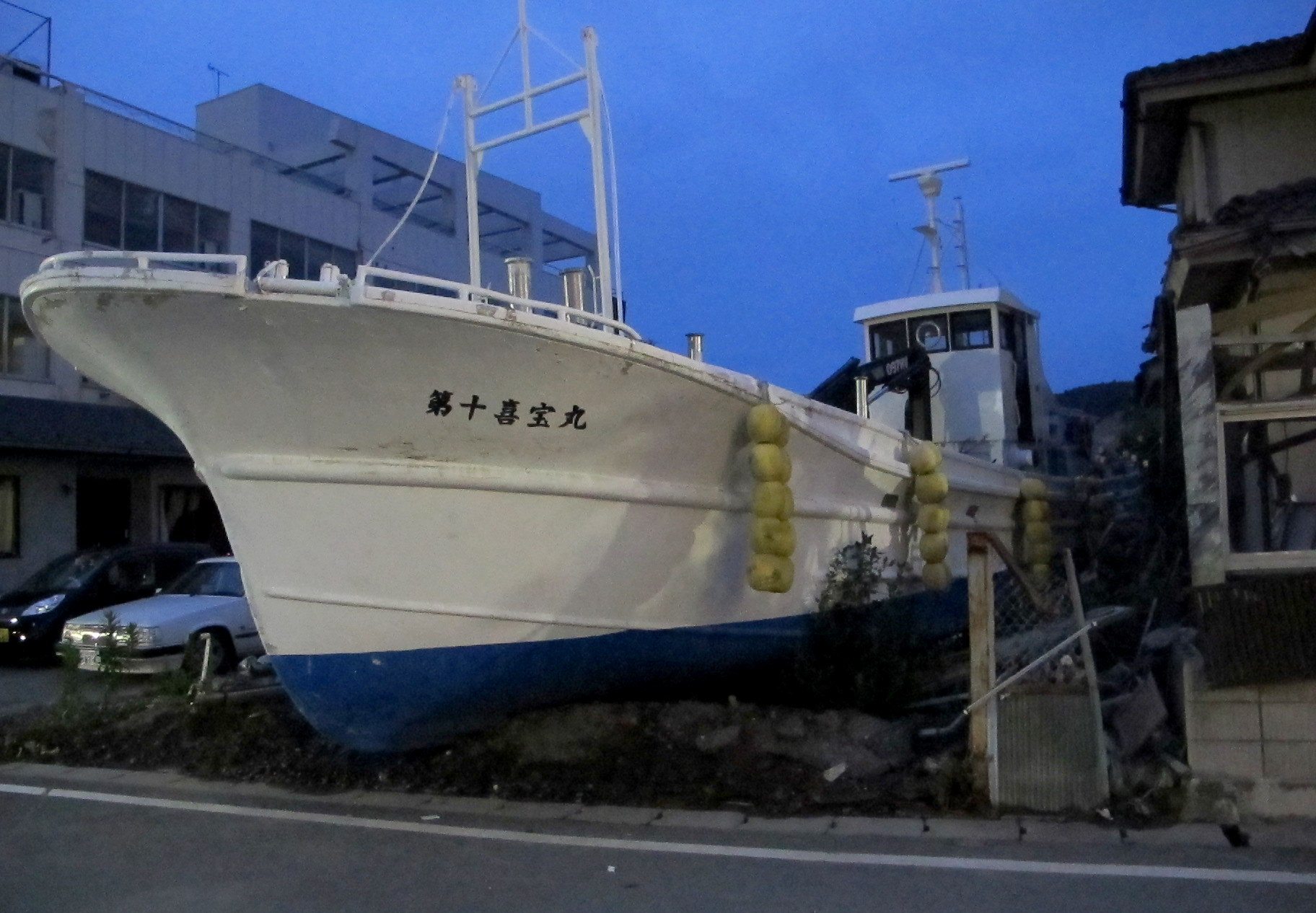 8/1 – Early-morning task for today: cleaning the portable volunteer toilets: scrubbing, disinfecting, re-stocking toilet paper and refilling the water tanks. While not the most pleasant of tasks, it’s an important job essential to the day-to-day running of our make-shift camp on the university grounds. As some of us international volunteers talked about during a discussion with a university researcher one night who was interested in finding out more about our motivations for being there, our experiences, and importantly, how to encourage more people to come, “we are not here to choose what work we want to do, we are here to do what needs to be done”.

Food delivery continues to be an important aspect of volunteer work in the region. While the Japanese Government provides meals for those who continue to take refuge in emergency shelters, NGOs are filling the gaps. Peace Boat are focusing on providing food to people who are still living in their partially livable homes, all those two-storey dwellings in areas where the wave gutted the first floor but left the second floor intact, a preferable alternative for many rather than going to already-strained emergency shelters or waiting for temporary housing. The kitchen in Japanese homes is typically on the first floor, leaving these families without a means of cooking their own food. Peace Boat volunteers plan and prepare hot meals everyday for such families who want it. Saved vehicles donated by private local residents are used by volunteers to deliver the meals and other important supplies as well as for relief activities, and their cleanliness is of the utmost importance to operations. So came our second task for the day. We worked on about a dozen vehicles, mostly larger vans, cleaning and detailing the interior and then giving them a good all-over scrub and rinse with a high-pressure hose on the outside. The dusty dirt roads in the affected areas making it a constant battle to keep them clean.

By mid-afternoon, the job was done and we headed into town for Day 2 of the Kawabiraki Festival. Today there was a distinctive change in mood, more festive than the night before. Last night we mourned, today we remembered yet also started the journey back. The streets were abuzz with young people purchasing the usual matsuri (festival) fare and some were even donned in yukata (Summer kimono). We took a place on the side of the street to make way for the approaching omikoshi (a portable Shinto shrine carried through the streets on such occasions). I’ve seen many omikoshi before but this one had significance beyond words. From afar, it appeared to look like any other scene from a Japanese Summer festival, but as it approached I could see its individual pieces, the materials. This omikoshi had been made by the local people themselves…from tsunami debris. Right in front of me now, I could see the cans, the ropes…The chanting became increasingly louder and as it passed, we all got up and followed it, joining in the chant. By the time we got to the end of the street, a large crowd had gathered around, shouting out in that place and time, and as far as our voices would carry, that Ishinomaki was alive again. At that moment, I felt as if the message echoed far beyond the scene in front of me and was resounding in hearts and minds across towns, borders, the world.

As the town prepared for the fireworks, the first thing for locals to look forward to in months, we walked to the top of a hill where many families were perched in anticipation in the fading sunlight. Looking out past the torii gate and towards the sea, a rather bleek and humbling scene, a birds-eye view of the tsunami’s wrath and indiscriminate destruction. We walked down the steps towards the scene, ambling past a small shrine nestled in the hill-side along the way. On the ground I wondered if something could be both ‘real’ and ‘surreal’ at the same time. We turned on to a main street in the centre of town…the disaster everywhere. How some buildings could be at such an angle and still be standing amazed me. Two young girls sat on the kerb in front of one of such buildings in dazzling yukata, a splash of color in the shadows of the now dim light. To turn to the side was to see another snapshot of a disaster unimaginable: to the right, a massive boat has made a parking spot out of the place where a house once stood. To the left, a deserted shell dotted with memories of a previous life. I recalled a walk we took yesterday in another area, a still-hanging wall clock stopped in time ’3:53′, an empty photo album opened to a page marked 1997.H9.5.3 子供の日のお祝い Kodomo no hi no oiwai (Children’s Day Celebrations).

Walking past the hospital, an organizer insisted we have some of the free kakigori (shaved ice with syrup and condensed milk) who were intent on trying to bring some of the fun back into what was always an anticipated event on the local calendar. After thanking them for their generosity, we proceeded to the bridge by the river so we could see the fireworks once they started. Although no one said it, everyone knew this was not about the fireworks themselves, although they were spectacular. It was about what they represented. The start of a new chapter, of a town putting themselves back on the map, having something to smile about again. In total, there were twenty fireworks displays that went on for a couple of hours. Each set a gift from different prefectures around Japan to show their support. They were the most amazing fireworks I had ever seen, waterfalls of gold glitter and smiley faces, intent on sending a message not just lighting up the sky. From the oohs and aahs and claps around us, I think they served their purpose.

By the time we caught the bus back to camp, we were exhausted yet heartened after such a significant day for the local community. A small shake before bed, this one from Aomori. 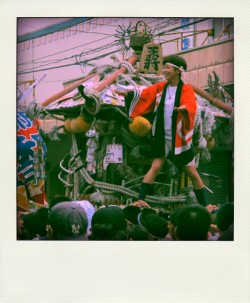 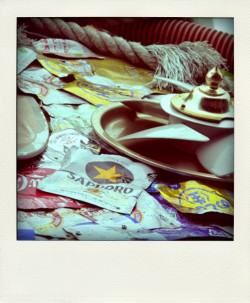 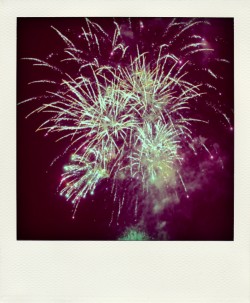