Working within the Japanese school system has given me countless opportunities to learn about aspects of Japanese culture I would not have known about otherwise, and today was no exception.

As I exited the classroom after third period and started walking back down the hall, I looked out the window to see something unexpected. Students were lined up on either side of the school's swimming pool (the second floor corridor gives a good view of the pool across the way). This in itself was normal of course. Over the past couple of weeks the pool had been drained and thoroughly scrubbed after having not been in use over the cooler months in readiment for summer P.E. classes and sports carnivals. Being a particularly hot day and with the new water sparkling in the sunshine, it was no wonder that pool activities had started.

But what caught my eye immediately was what the two teachers were doing. They had opened a bottle of sake (Japanese rice wine) and were pouring the contents directly into the pool water. “Why are they pouring alcohol into the swimming pool?” I thought. I watched them, perplexed, as they walked around the entire perimeter of the pool and did the same thing in each corner, pouring more sake into the water and then bowing.

In between fourth period and lunch, I returned to the staff room and was able to ask one of the other teachers “Why were they pouring sake into the pool?” He explained I had witnessed a Shinto ceremony (Shintoism being the major religion of Japan). The sake was an offering to the Gods. Salt and rice had been offered too (which I hadn't been able to see clearly from my vantage point). However that wasn't put in the water, just placed at the pool's edge at each corner. The ceremony was to purify the water and to pray for the children's protection and safety.

The sake, salt and rice being used for the ceremony.

The school principal who was within earshot of our conversation said that when he was in elementary school, a monk from the local shrine came to do the ceremony.

“Is it done only once per swimming season?” “Once for each grade. It's the third graders' turn after lunch.”

After all the year levels are done, I wonder what the alcoholic content of the pool is? 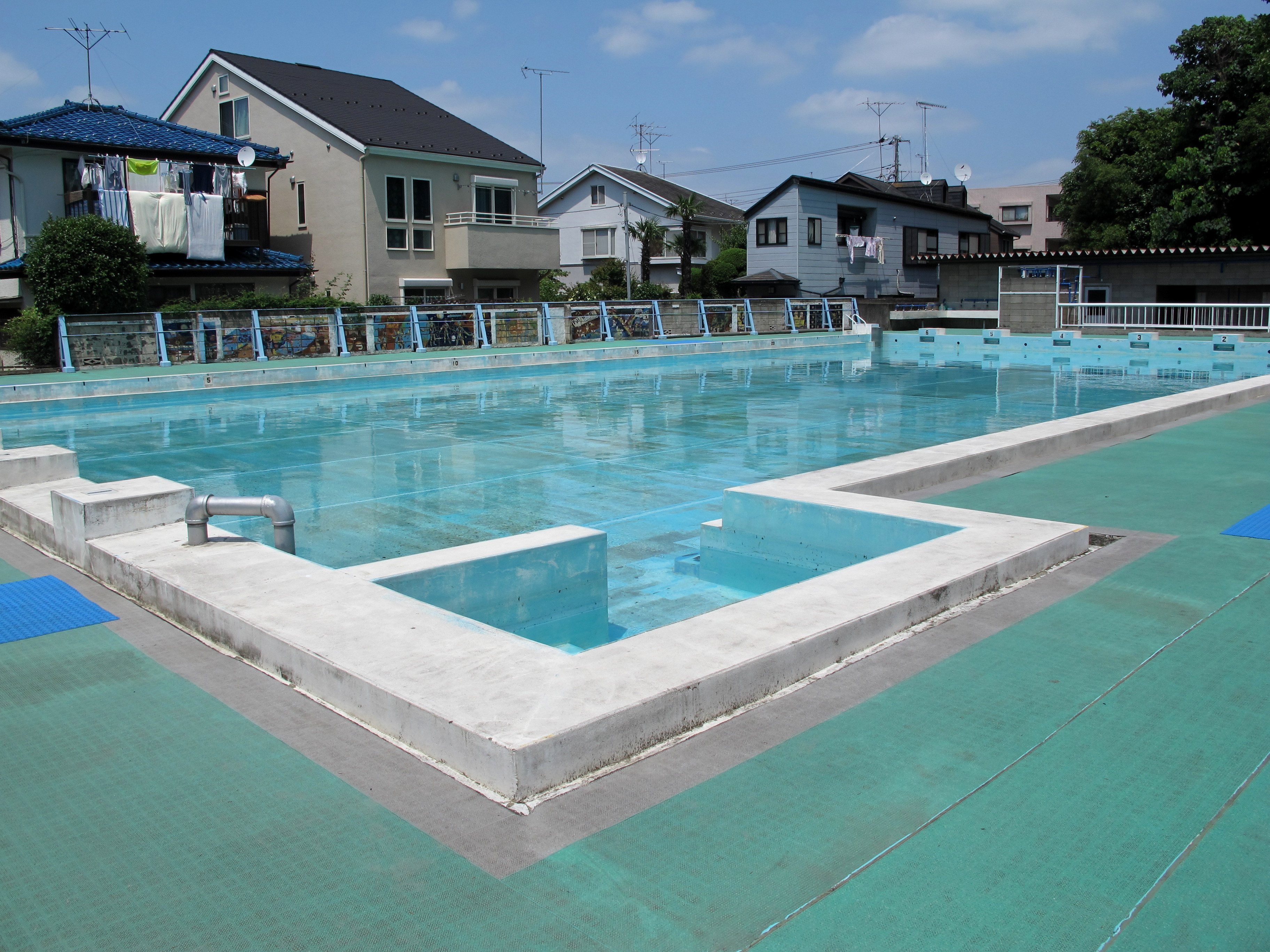 That's my type of pool!

Unfortunately I don't take them for P.E. Would have liked to though. :)