Ever wanted to feel like you're in a fairytale? Take a trip to Alberobello in southern Italy and you're likely to feel just that.

With some 1500 gnome-like houses known as trulli, you'll take a step into a world of miniature. Declared a UNESCO World Heritage Site in 2006, the trulli of Alberobello with their conical stone roofs and white exteriors have become a popular tourist attraction. 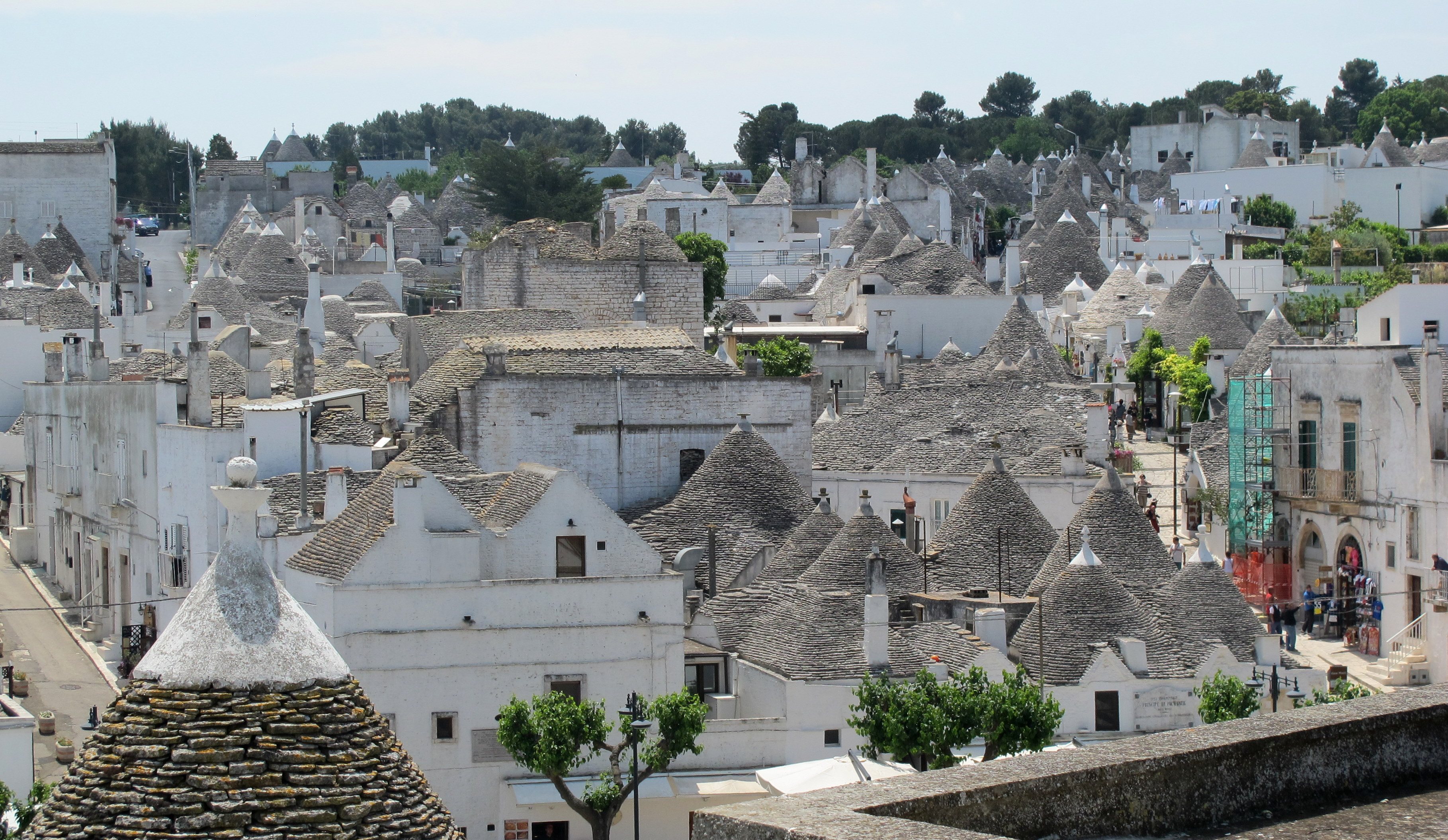 Looking out over the quaint town, it's hard to believe that the trulli began as an elaborate method of tax evasion and feudal oppression. In the Middle Ages, Count Acquaviva, the reigning feudal lord at the time, moved peasants into the Puglia region to work the land. In order for the Count to avoid paying taxes to the King of Naples, however, it was important that Alberobello not be considered a permanent settlement. The trulli are made of stacked limestone with no mortar in between so they could be quickly knocked down at collection time and easily rebuilt. For the peasants, this meant no ownership rights and the need to rebuild their homes frequently for a ruthless leader who is even said to have collected taxes from them for the right to rebuild their homes! 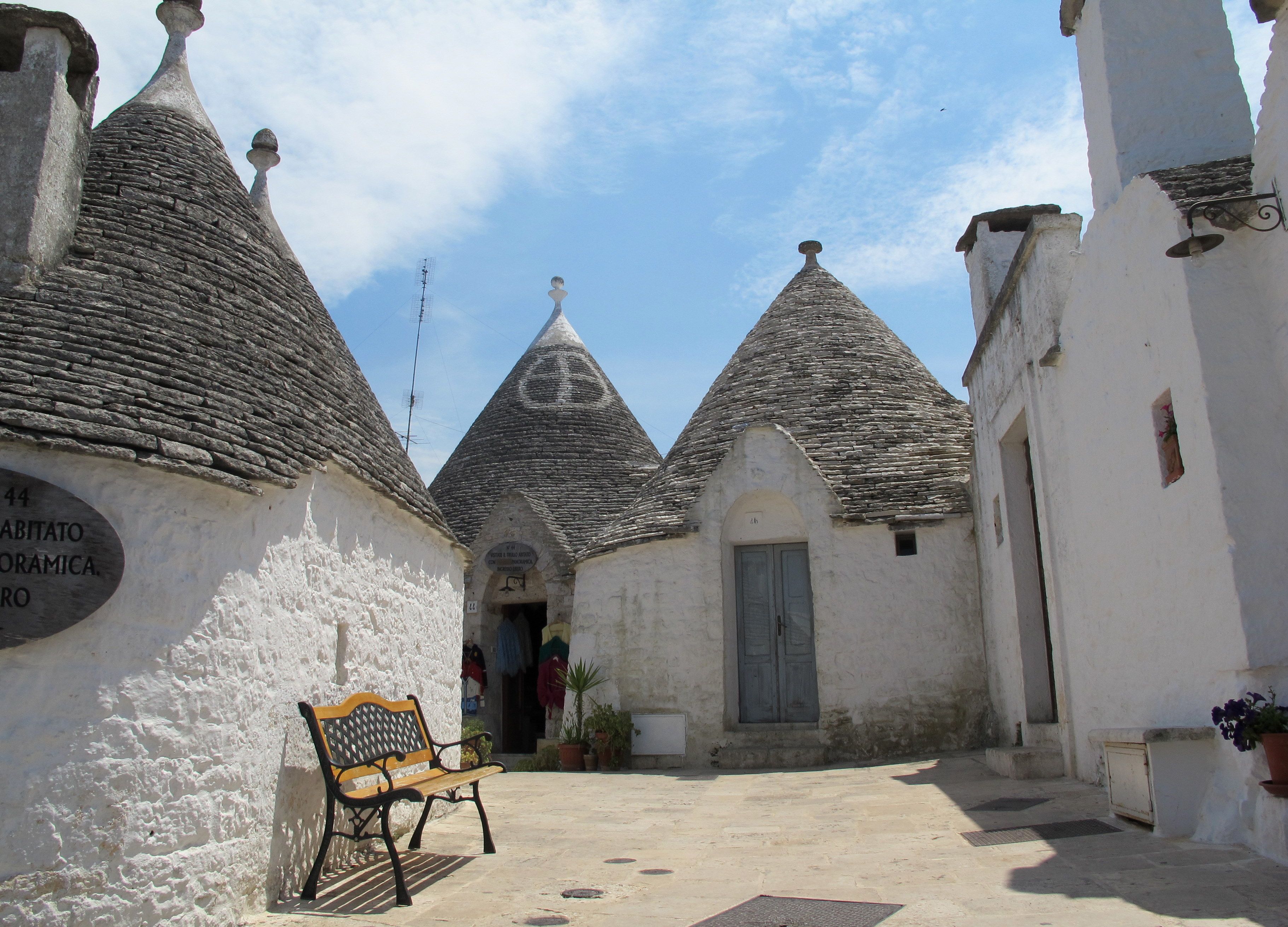 While the trulli in some outlying areas have long been abandoned and gone into disrepair, the ones in Alberobello are well cared for, mostly because they are what drive people to this small town of 11,000 inhabitants.

While Alberobello may not have fairytale beginnings, a few hours wandering the cobbled trulli streets and you may just tap into some of that childhood magic.

Alberobello is about one and a half to two hours by train from Bari. Note: if you do not say this destination with an Italian accent, you will be directed to the wrong train :) 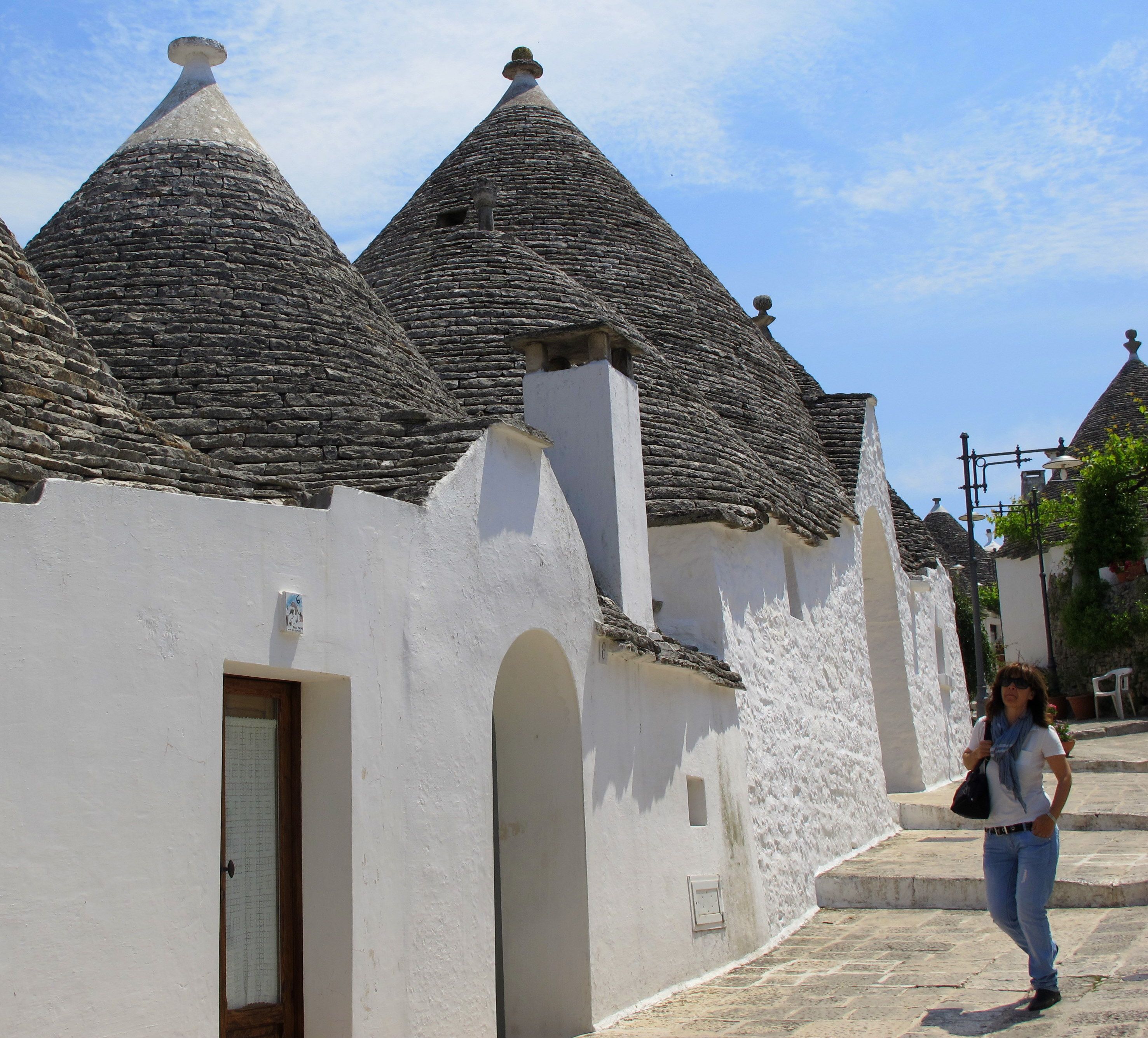 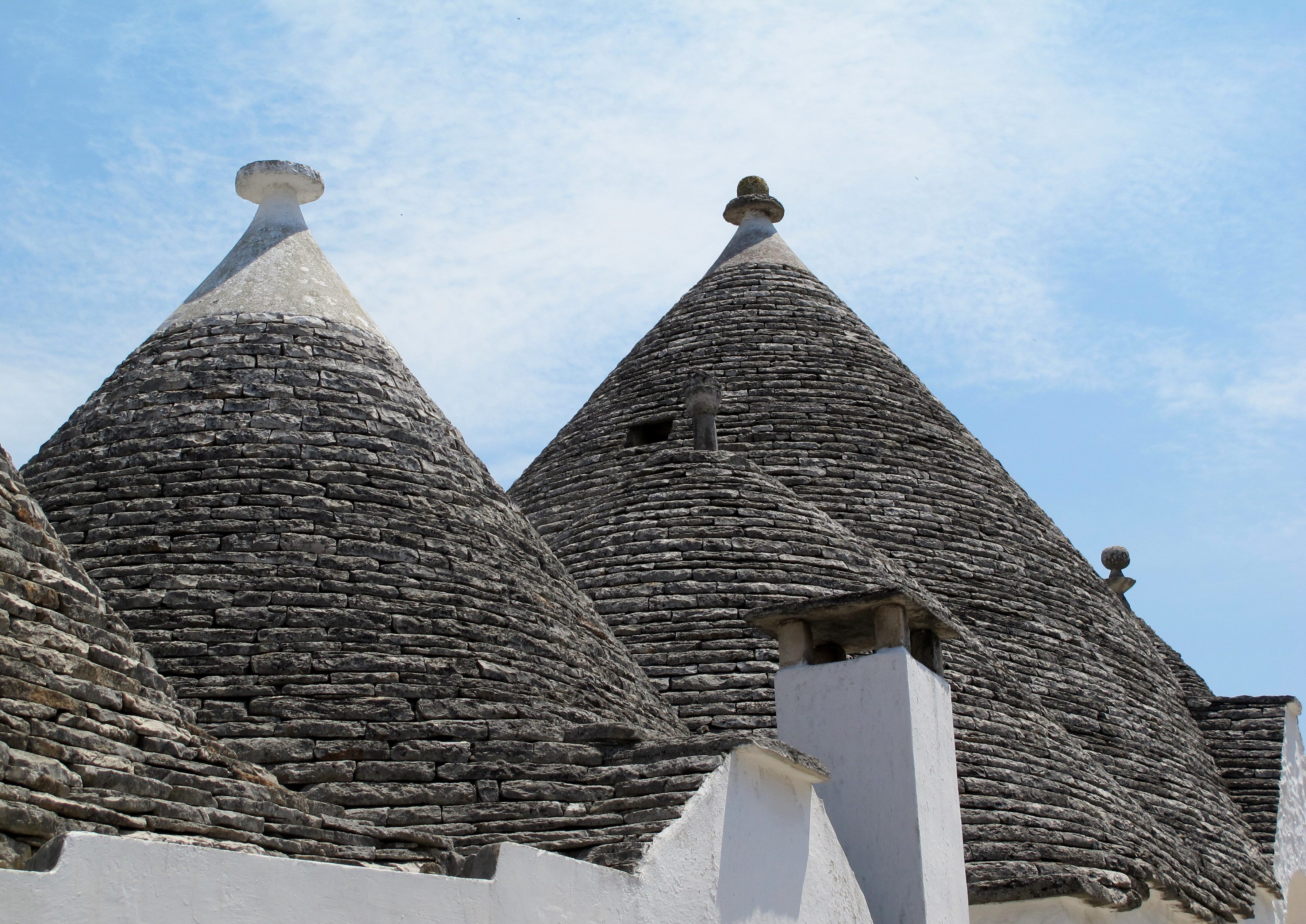 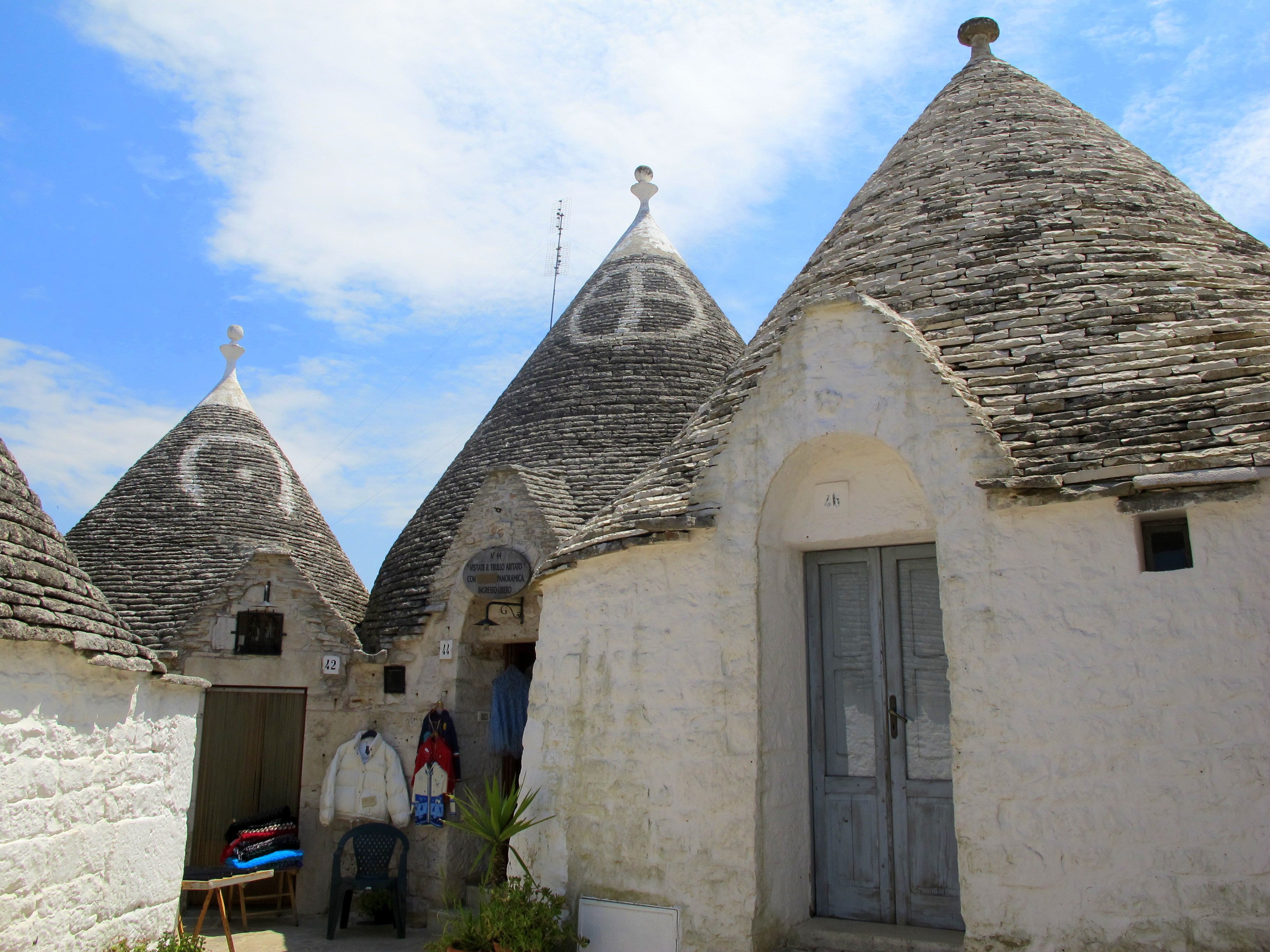 Many of the roofs have white religious and mystic symbols painted on them. Many locals believe to this day that they help protect the town from evil spirits. 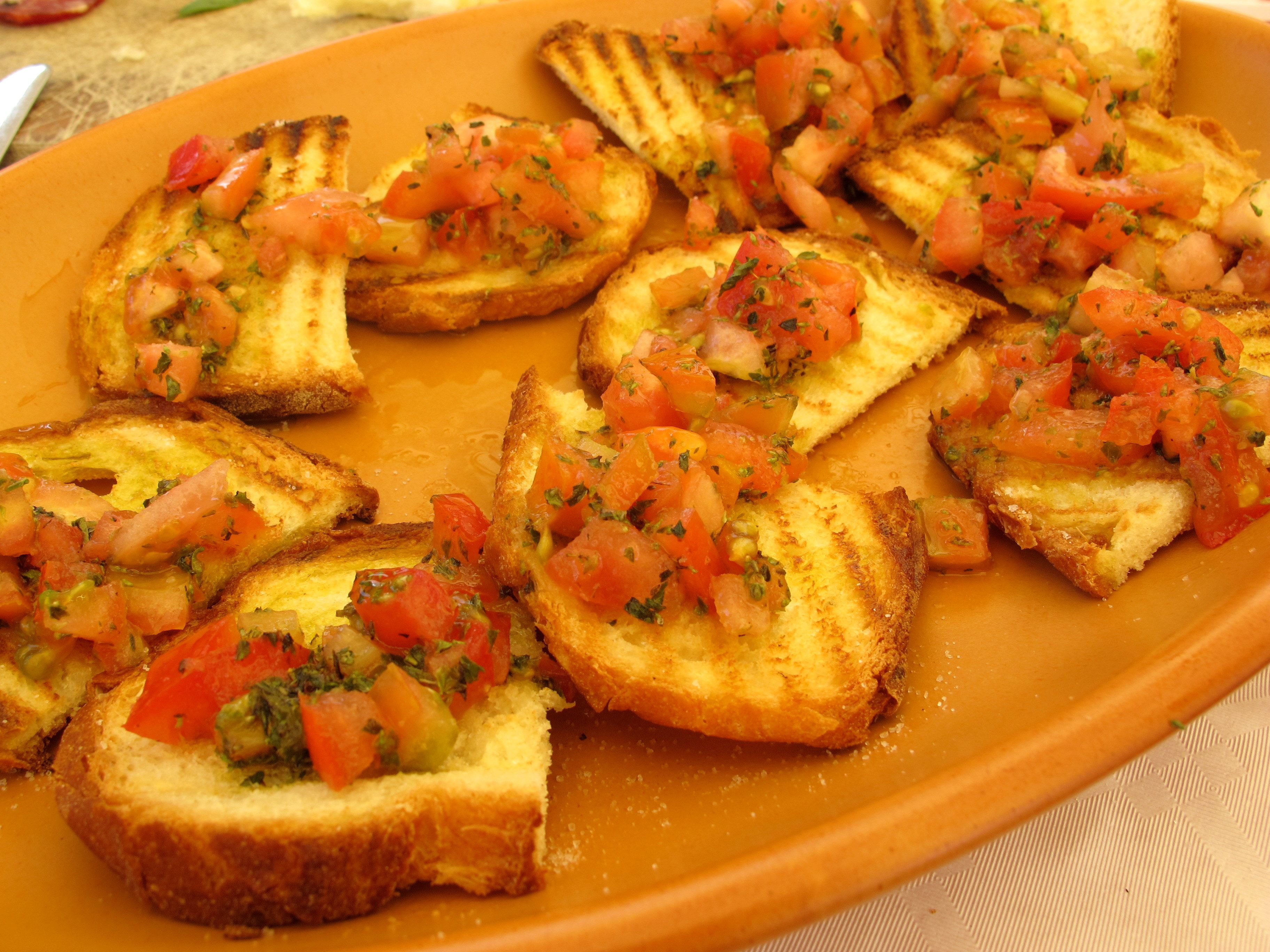 Amazing bruschetta at a nearby eatery. 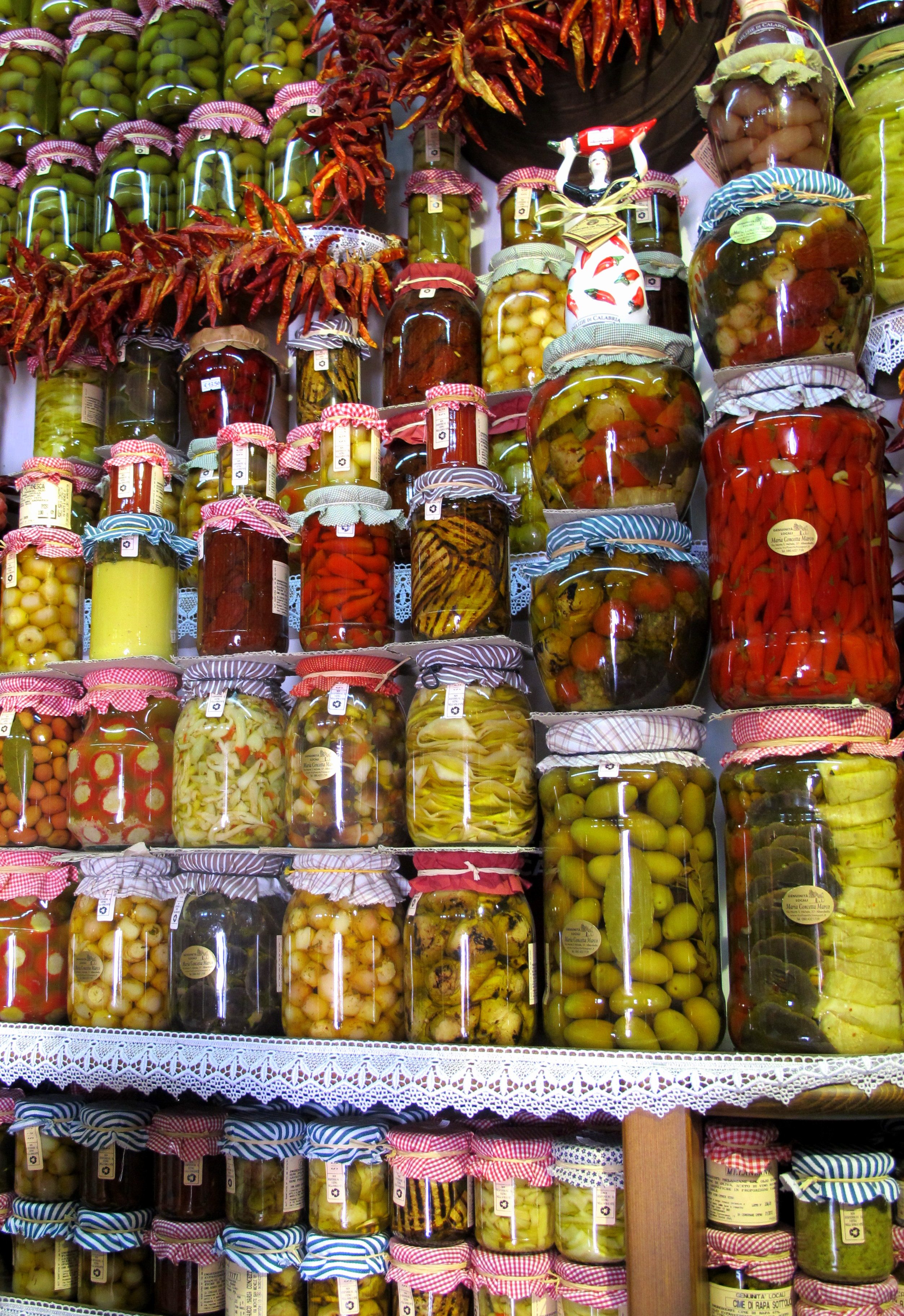 There are even businesses inside some of the trulli – selling miniature handcrafted trulli souvenirs or, in this case, Italian goodies.

Alberobello is really a magic place!

It really is a wonderful place! :)

Woow in love with the white exterior.. !!

Apparently they are re-painted every year to keep them that way!

Glad you liked it! Thanks so much for stopping by and commenting :)

I haven't heard of Alberobello before--thank you for the idea. Its mundane beginnings aside, looks like a magical place.

It's a bizarrely wonderful place. Glad we could introduce you to it via our blog and look forward to following yours!