The Mayans of Guatemala and surrounding regions of Central America, had one of the most advanced civilizations of the ancient world. A culture that thrived in the realms of art, architecture, literature, philosophy and mathematics, they were also well attuned to their natural surroundings – astrology, agriculture and seasonal changes.

It is no wonder then that the seasonal divide, also known as the equinox or solstice, played an important part in Mayan ritual. The summer solstice around June 20th-21st marks the longest day of the year when the sun is at its highest altitude above the horizon, while the winter solstice around December 21st-22nd marks the shortest day and lowest path of the sun. These dates are reversed for the southern hemisphere. Last year, I was privileged to witness an ancient Mayan summer solstice ritual in Guatemala.

First we enjoyed the warm Guatemalan hospitality with a mid-morning snack on the grass before wandering the ruins of the ancient Mayan city of Iximché. 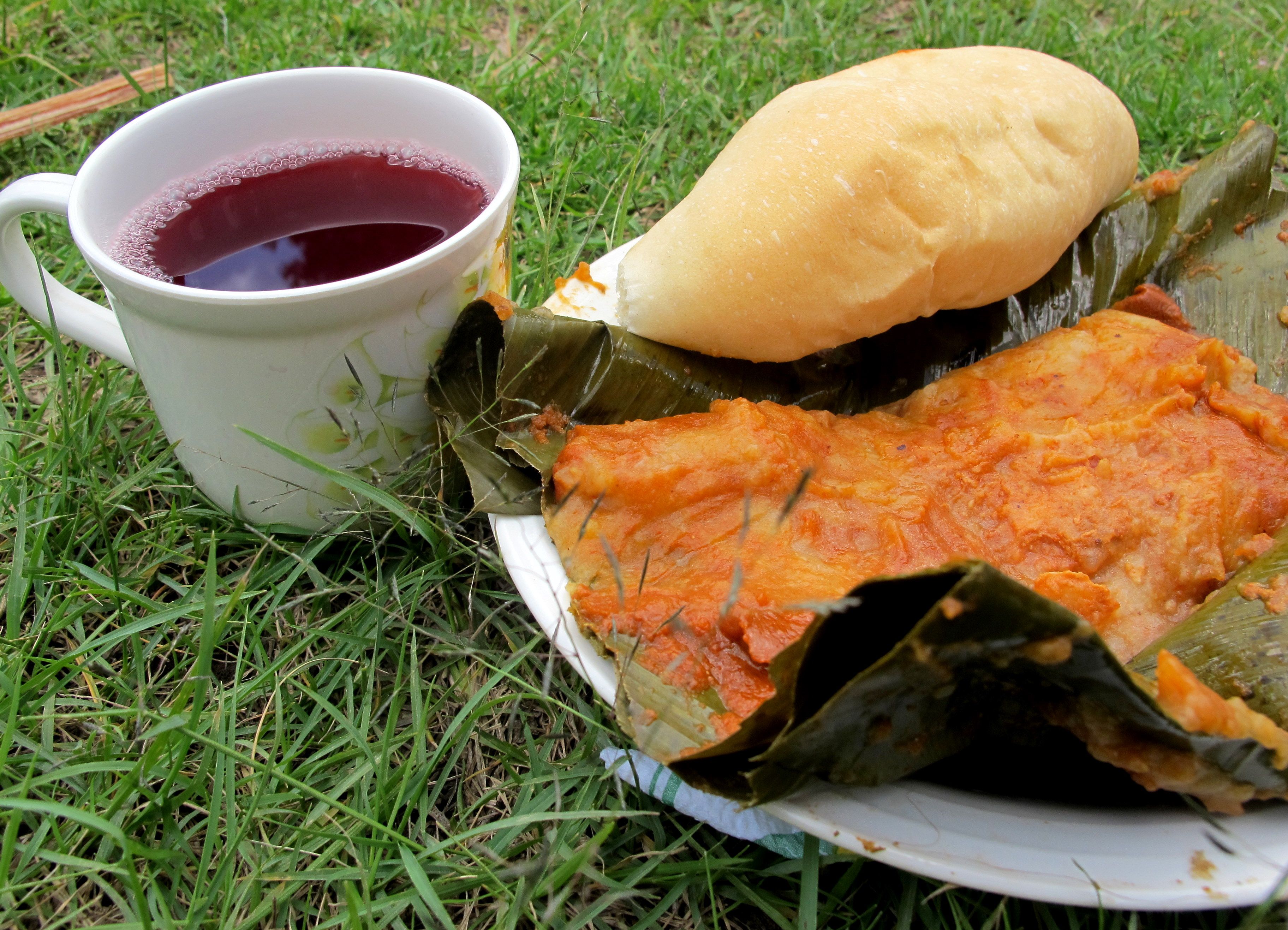 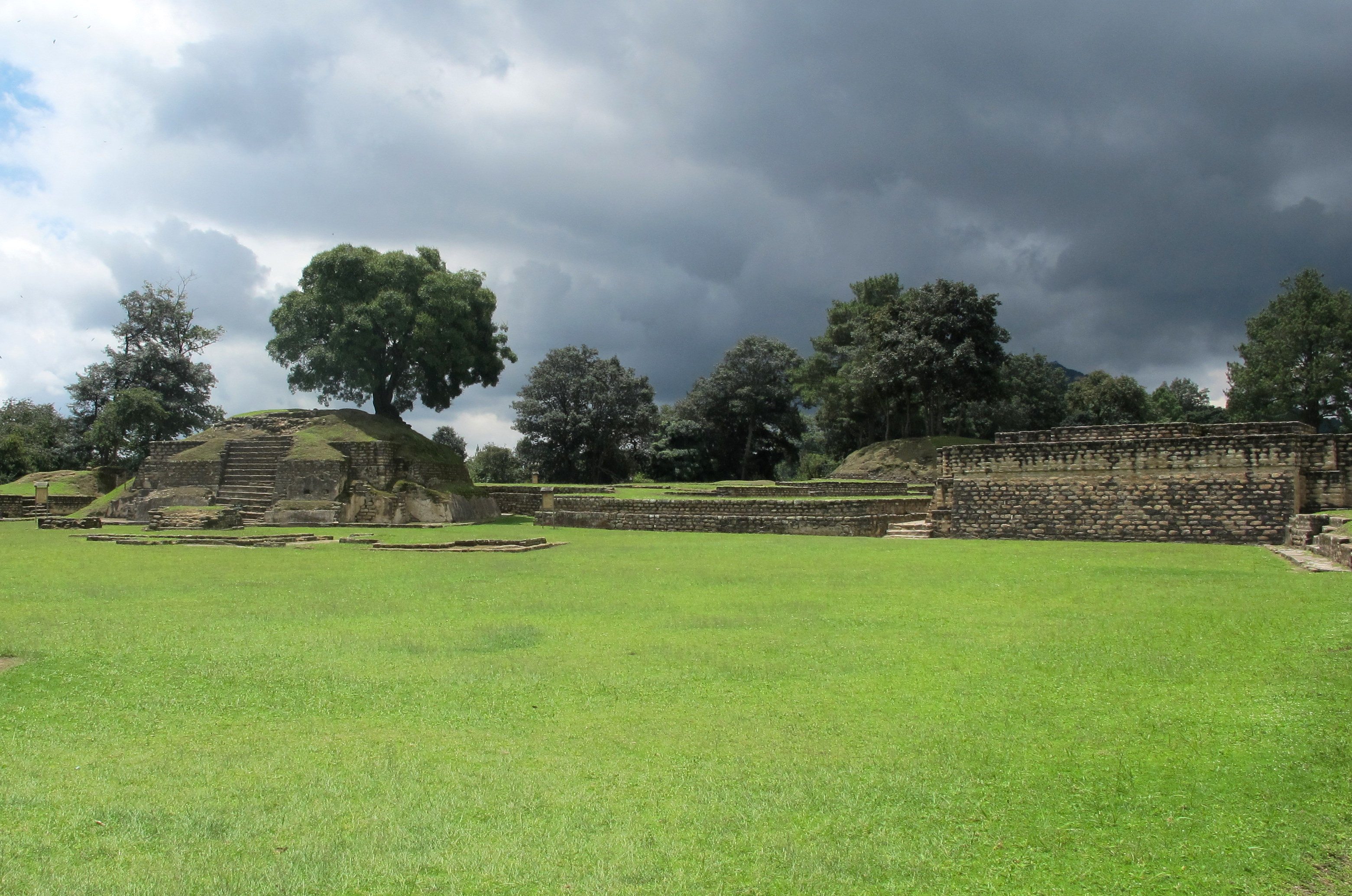 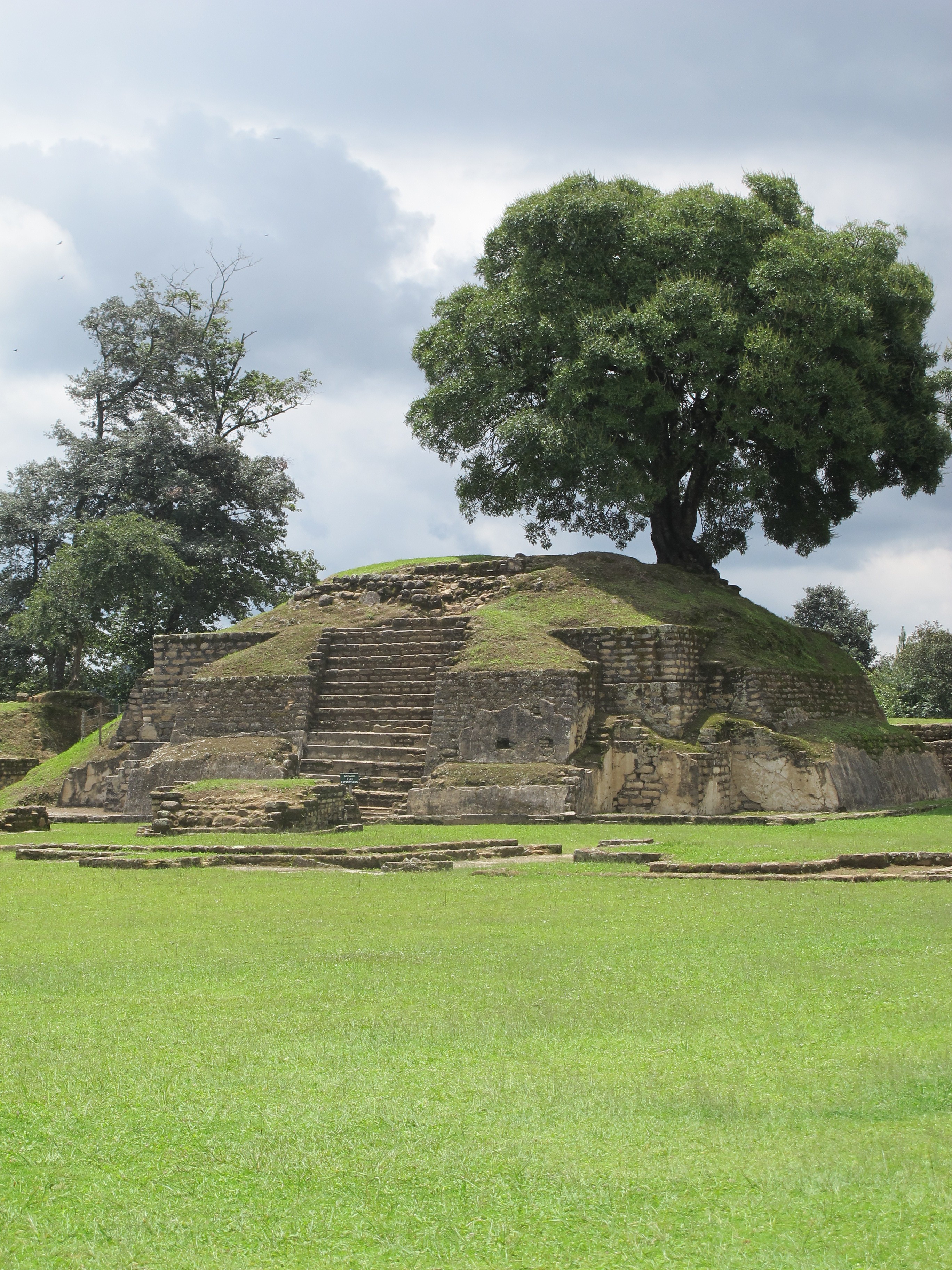 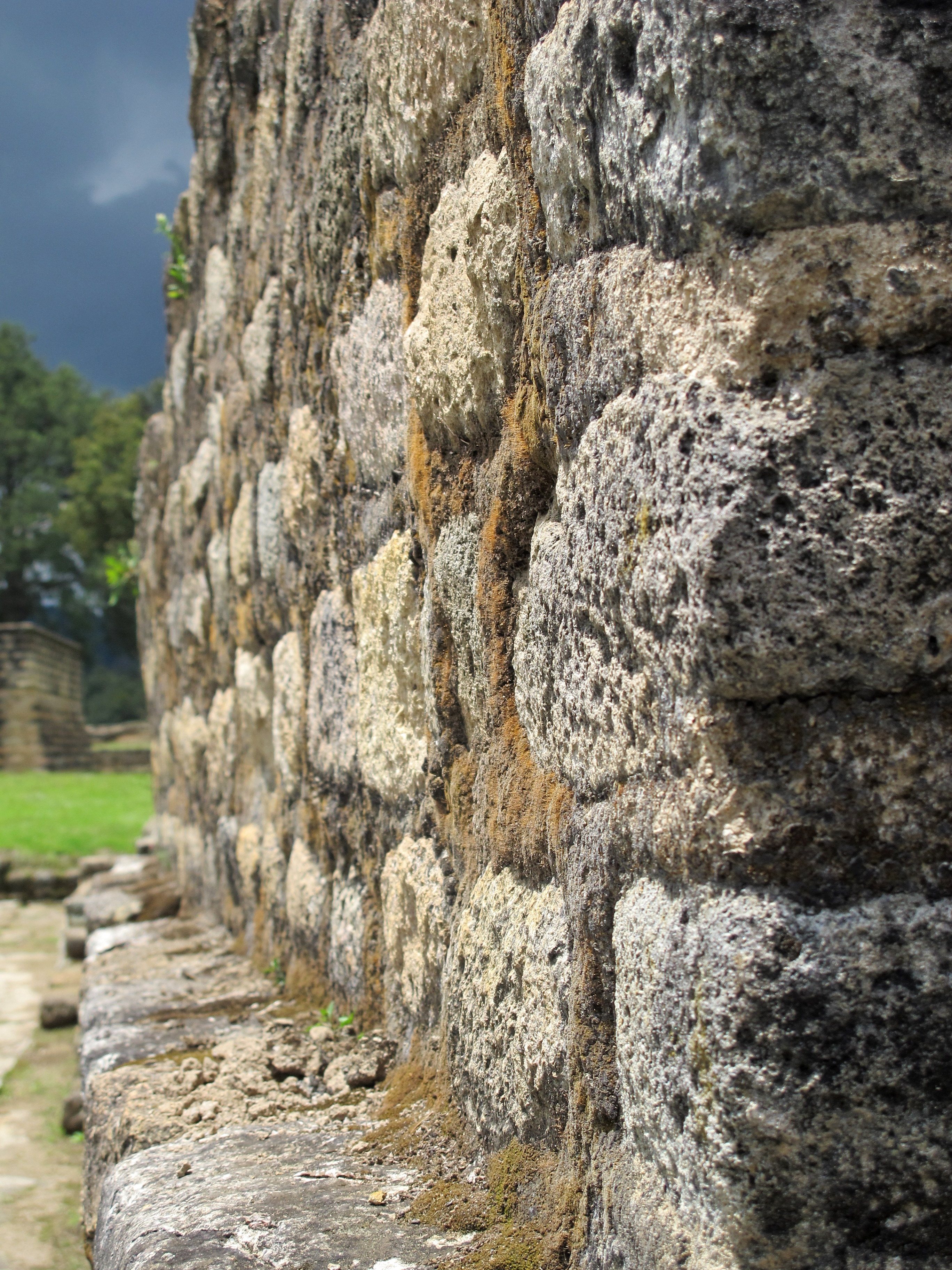 Some locals then led us into the forest for the ceremony where they had arranged a small fire with flowers and fruits laid out in a circular formation. The various colors represent the different natural elements, and give thanks to the Sun and Earth and all that they provide. 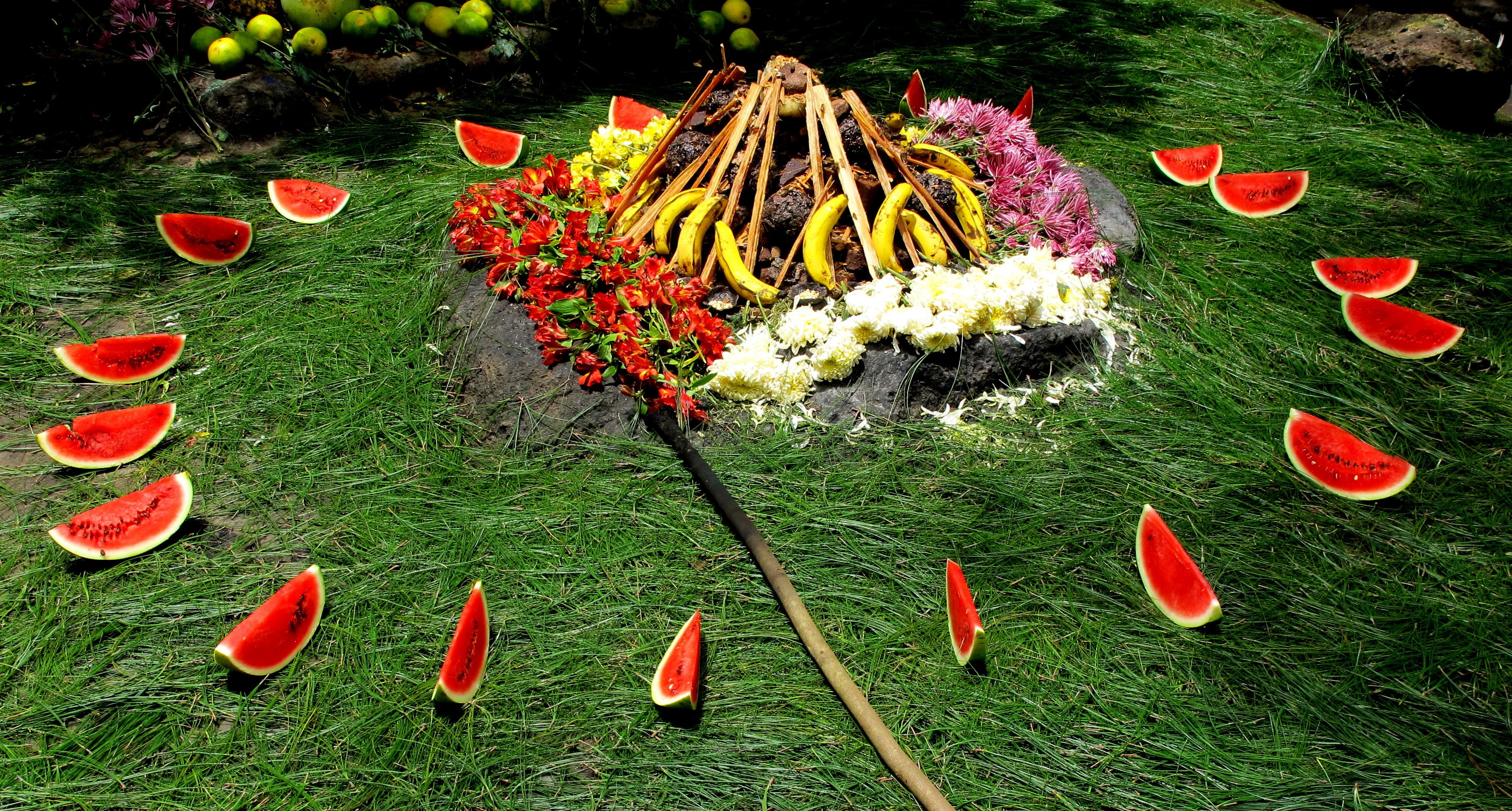 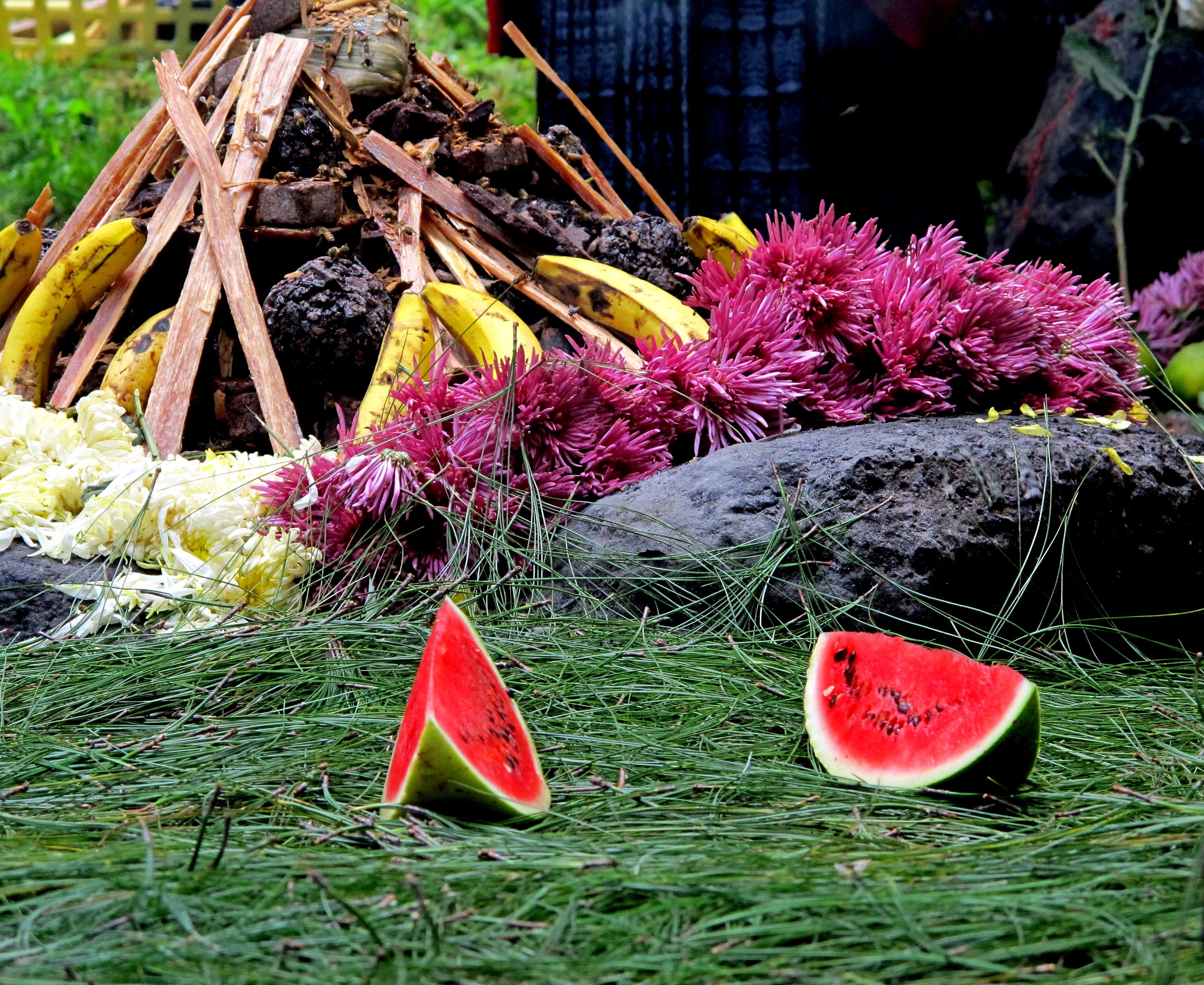 Traditional Mayan ceremonies are generally lengthy affairs. We were in the forest for several hours and were told this was the abridged version. The ceremony involved chanting, ceremonial offering of various things into the flames and walking an auspicious number of times around the fire – both clockwise and counter clockwise. 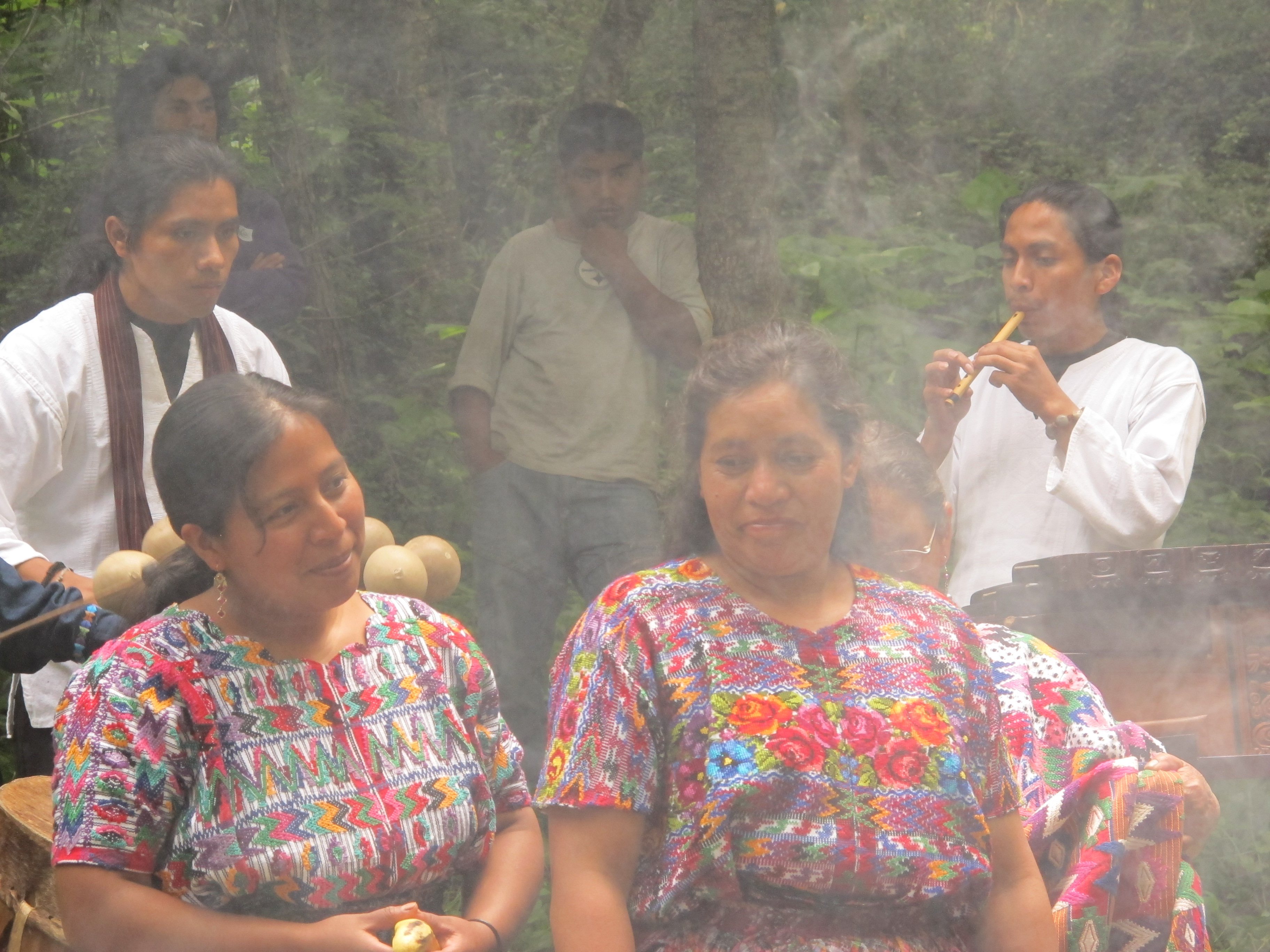 These seasonal divides also play an important part in the Mayan calendar. This year's winter solstice – 21 December 2012 – will mark the end of the Mayan “long count” calendar, a 5125 year time period. Thanks to Hollywood, this date has largely been labelled “Dooms Day” or the “Apocalypse”. However, most people put this down to a misrepresentation of Mayan beliefs for the sake of media hype.

The Mayans don't believe that 2012 will be “the end of the world”, although most would probably agree that the future of the Earth doesn't look too bright if we continue to consume and destroy the planet in the manner and at the rate we currently are. December 21st, 2012, is rather viewed as the “end of an era” and the beginning of a new one. Perhaps something will be revealed to us or we will reach a higher level of consciousness in this world or some kind of change will occur.

Yes, beautiful as always. I'm definitely not a "Dooms Day" enthusiast, and focus on living in the now. If the world happens to end on that day, nobody will remember a thing.

So true, Britt! If we worry too much about the future, we lose the joy of today. Better to enjoy what we have while we can.

thanks for sharing this beautiful experience Jessica..I enjoy your blogs because I can relate to the thought process behind them..Its a wonder how beliefs around the world can have so many things in common...ancient Hindu scriptures also believe in a cycle and continuum..the concept of karmic wheel plays an important role in our spiritual essence as well...another example is the concept of flooding to cleanse the earth and start of life all over again.There are stories reflecting this occurrence in Christianity, Sumerian and Hindu scriptures...all eerily alike!

Thanks so much, Raunak! I do believe that while we may have different appearances, cultures and languages around the world, the fundamentals of spirituality and religion often come down to the same principles - treating others how you would like to be treated, the idea of karma, gratitude, giving back, repentance... We may have different words for them, different Gods we worship and stories behind our scriptures (not to mention various interpretations), but in my opinion world faiths have more similarities than differences.

the photos of the ceremony are just beautiful!

Thank you, Letizia! I'm just so glad that the camera could capture the vibrancy of the colors. It really was an amazing site to emerge into that clearing and see the colorful fruits and flowers against the green of the grass and the forest around us.

What a great adventure Awesome account of events As usual you don't disappoint Love the journey & being with you guys.Thank you for sharing x

Thank you so much! Thank YOU for sharing the journey with us. Many more stories to come x

On December 21st I think I'll be scrambling to buy Christmas presents -- because there will be a December 25th. I learned the same thing about this just marking the end of an era, not the world, when I was in Tulum. But some people just love to panic.

Agreed. I'm imagining they'll be all kinds of panic buying leading up to the date just like Y2K. And we all know how that turned out :)