Mongolia took us by surprise. We knew there were amazing things to do there, but we had no idea just how many. Every part of the country has something special to offer and it is huge.

If we can impart once piece of general advice for travel to this country, it would be to give yourself enough time. It can take days to travel to many places from the capital, and that's just getting there. And if you can time your visit for the mid-summer Nadaam Festival, you'll be in for a real treat. That one's still on our travel wishlist!

So get your cameras at the ready and head with us to Mongolia!

A quintessential Mongolian experience, sleeping in a ger is a must on any Mongolian itinerary. These temporary houses are more than just any old tent. Step into thousands of years of tradition and sleep like the nomads do! 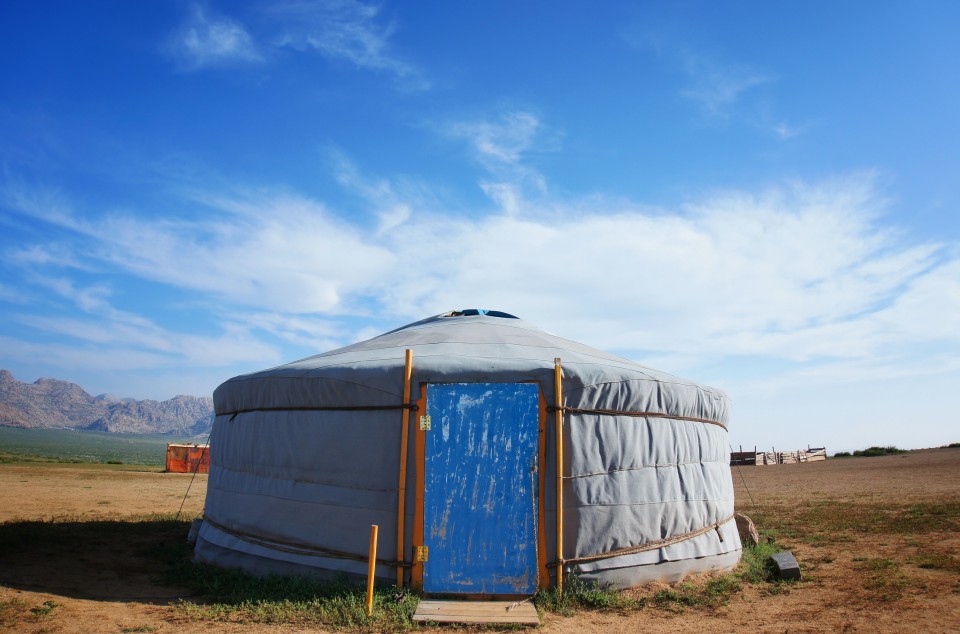 Another on the must-do list, you can't say you've been to Mongolia without having gotten on a horse. Whether you decide to go for a short ride or a multi-day adventure by horse-back, there's an option out there for any itinerary. Tip: Bring gloves, and wear bottoms with some padding to prevent chaffing and long-sleeves to protect against the intense sun! 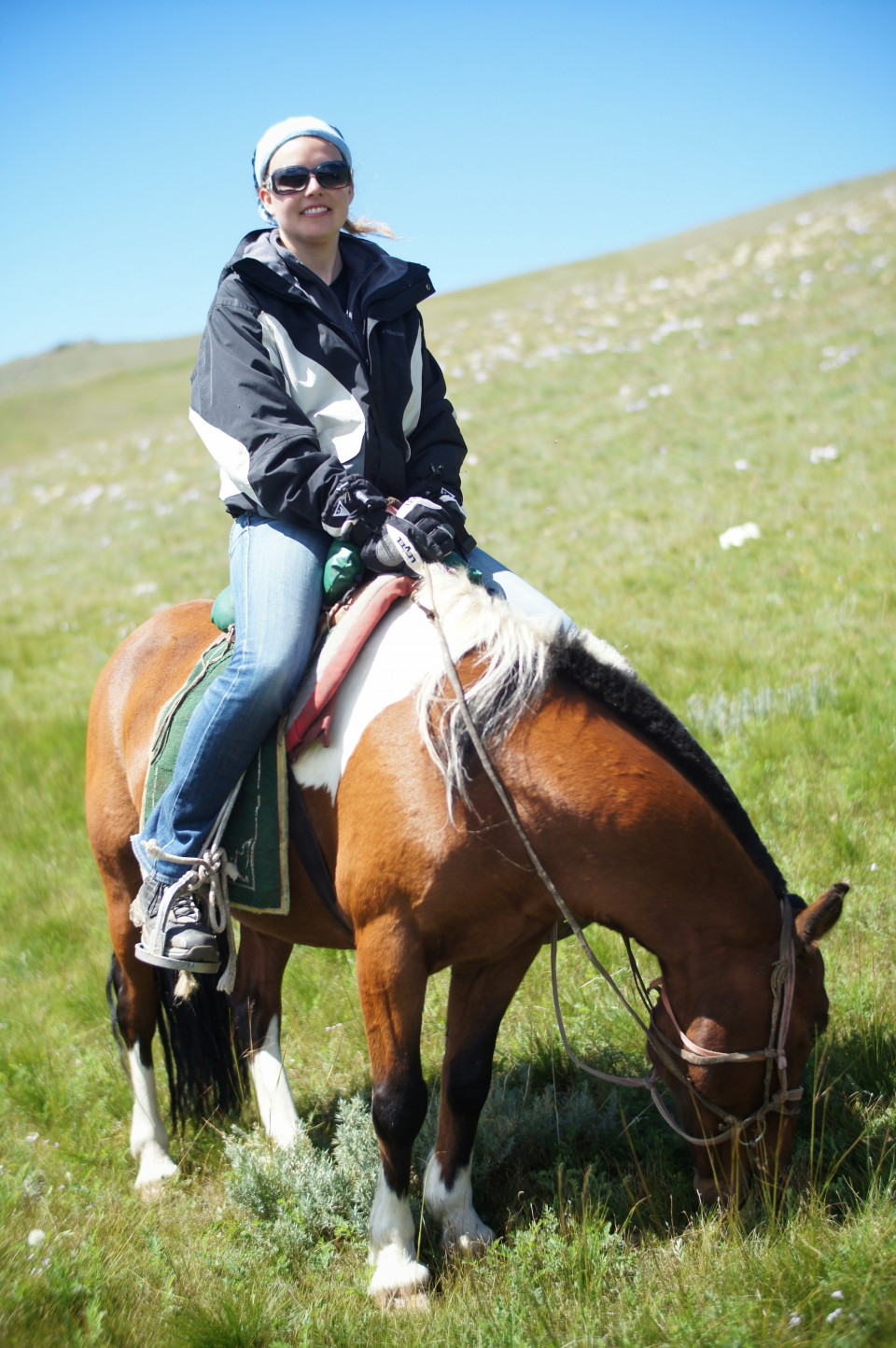 Love it or hate it, you have to at least try the national drink of Mongolia once. Horses are revered in Mongolian culture and the milk from them holds special status. Airag, as it is known, is made by fermenting the mare's milk with bacteria and yeast over a period of a couple of days. The final product contains a low percentage of alcohol and has a sour taste. Other milks to try are salted cow's and yak's milk. 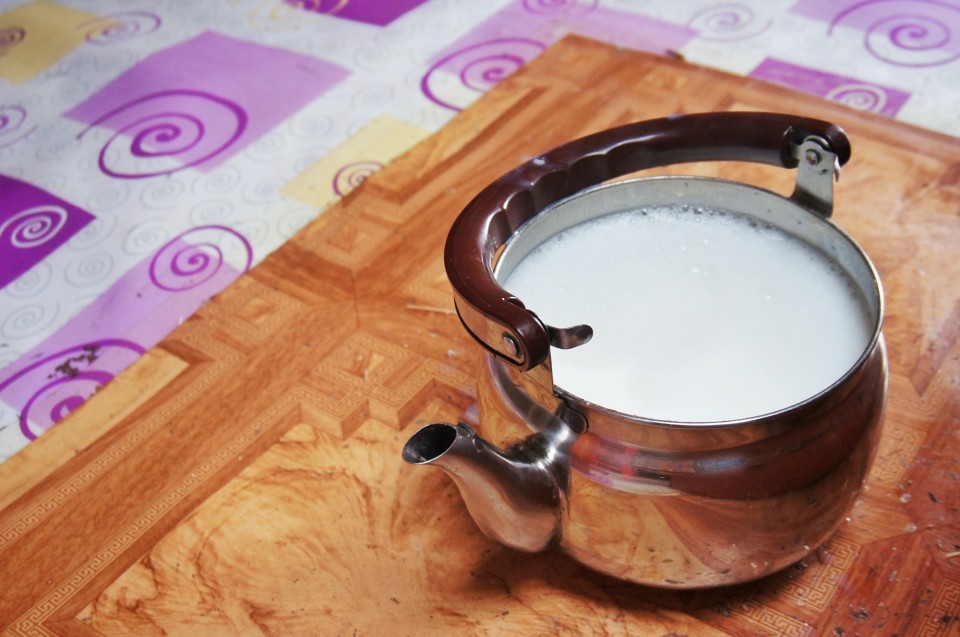 4. Get to the countryside

So much of what there is to see is out there, yes, all the way out THERE. Make sure you get out of the capital and see some of it.

With public transportation basically non-existent through most of the interior, Mongolia isn't a country you can explore freely on your own. On average, tours last for 10 days – that's just to one area. If you're wanting to do more, well, you can see how quickly the time (and money) can add up.

With twelve days, we decided to spend 9 days, 8 nights on a tour of Central Mongolia that took us to the Semi-Gobi Desert, the Orkhon Valley, the Eight Lakes and the ancient capital of Kharkhorum, and spent the rest of the time sightseeing independently in the modern capital Ulaanbaatar.

Tours on the Internet can be pricey, but researching them will give you a sense of what's on offer. We booked a custom tour in-country for a cost of US$60 per person/per day, based on four people. 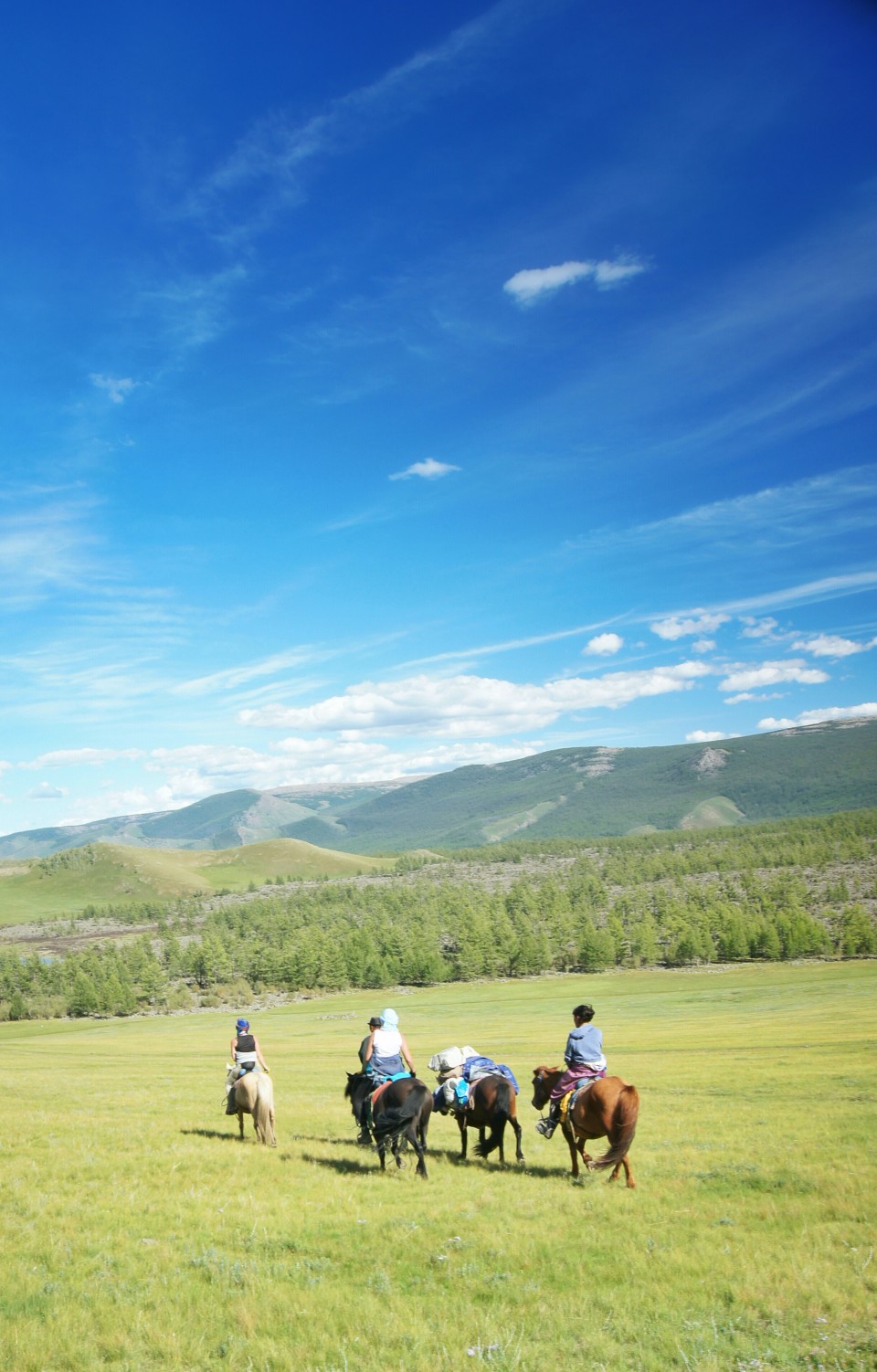 5. See a dinosaur in Ulaanbaatar

When you are in the capital, take the opportunity to view a rare mounted 70-million-year-old dinosaur fossil. This Tyrannosaurus Bataar, the Asian cousin of the T-Rex, was repatriated to Mongolia in May 2013 after it was illegally sold at auction in the United States for more than a million dollars! It was on public display in a temporary museum in Sukhbaatar Square during the summer but will soon be moved to its permanent home at the newly-founded Central Dinosaur Museum of Mongolia. 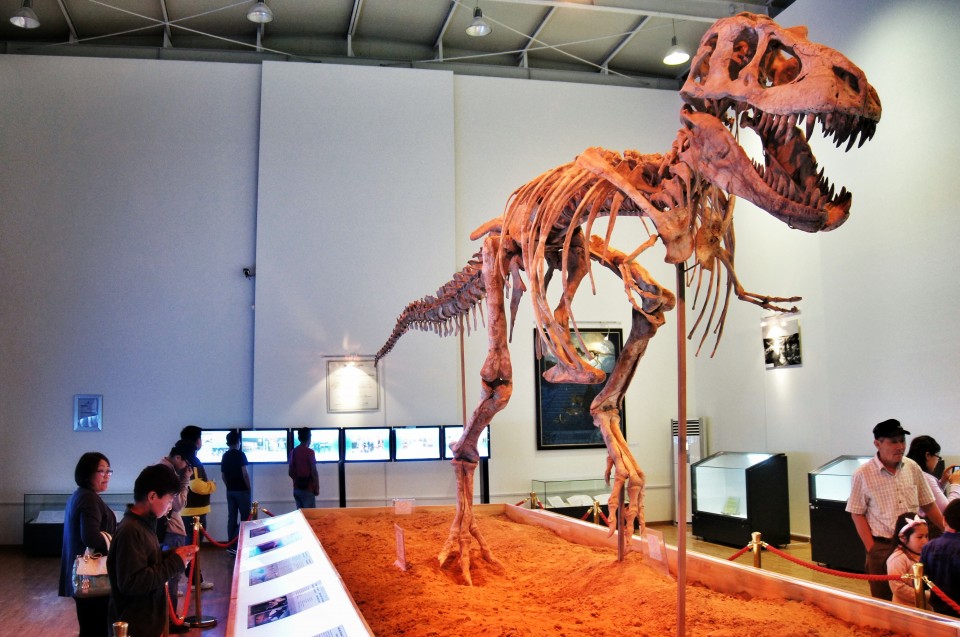 Hello Jess - you were my first online search for travelling in Mongolia! M husband and I followed your advice last year (to the letter) when we went to Borneo and had a great time. So we are back to follow your advice again! We don't have long in Mongolia - I was wondering what tour company you used? or if you can direct me to the place you stayed in Ulaanbaatar? I recognise it was a while ago for you. But any tips would be appreciated. Also did you do any trekking?

Thank you so much. That's lovely to hear!

The place we stayed at in Ulaanbaatar (and who we booked the tour with) was called Sunpath Mongolia Hostel. Just to let you know, they quoted us $100 per person per day if it was going to be just the two of us. Fortunately we found some like-minded travellers at the hostel who wanted to do the same things (we wanted to do some elements of a couple of different tours so they put together a custom itinerary for us), which brought the cost down to $60 per person per day. No, we didn't do any dedicated trekking, just the horse-riding, camel ride and walks to places not so far from camp. However, there are lots of options available. They didn't care where we went or what we did, the per day rate was still the same.

Btw, they also do free pick-up/drop-off to/from the train station, so if you do stay with them and you are taking the train, remember to ask for this service. I don't recall if they do the same to/from the airport, but it can't hurt to ask.

Great top 5 of which I have done 4 though the dinosaur wasn't there when I visited in 1994! I stayed with a nomadic family for a few days in the far west (and it was wild!) trekking into the Altai mountains and trying all their delicacies. I really couldn't stand all the milk products but loved everything else and nearly 20 years later still remember everything so clearly and not sure I have done anything as adventurous since! Glad to have found your blog to relive my memories.

Mongolia is certainly an amazingly adventurous place! Yes, agreed, some of the milk products can be a little hard to swallow for those of us not accustomed to them! But, as you said, everything else seems to make up for it. So glad that we could take you back to some of those fond memories. :)

Oh gosh, I'm so jealous! although I've been there but you got to see Mongolia during the summer and I didn't! I'm so happy to see you had so much fun there! and I love reading your stories and seeing your pics!

Keep the good job! btw, I've nominated for the Versatile Blogger Award (http://lespetitspasdejuls.wordpress.com/2013/10/06/im-versatile-didnt-you-know/) because I think you deserve it!

Have a great day in Dublin now! Cheers! Jul'

Thanks so much, Jul'! You're so kind! Congrats on being nominated for the award yourself! A blog in three languages without even beginning on the content screams versatile to me! :)

Mongolia was great in August/September, but we hope to get there in July next time for Nadaam :)

Hope you're well and greetings from Dublin!