Malaysia is one of those countries that has it all. From its beautiful beaches to virtually untouched jungles to bustling metropolises, not-to-mention being a true cultural melting pot, there’s something here for everybody.

With so much to see and do, let us say that these are our top picks of the places we had the time to visit (Kuala Lumpur, Kota Kinabalu and Sandakan). With that little disclaimer out of the way, here are our top #5 picks for Malaysia.

1. Get fresh
Head over to Kota Kinabalu’s Indonesian and Filipino night markets. Situated by the waterfront, they have the freshest seafood in town. Go pick yourself out a fish or some prawns, and enjoy the lively atmosphere under the city of tents.

Tip: Locals always bargain for food here. There’s a reason why there are no prices listed next to any of the seafood dishes and that’s because it’s all negotiable! So rather than just asking for the inflated bill, have a go at bartering before you sit down for your meal. Just do it with a smile on your face and it will be well received. Aim for 20-30% off the original asking price. 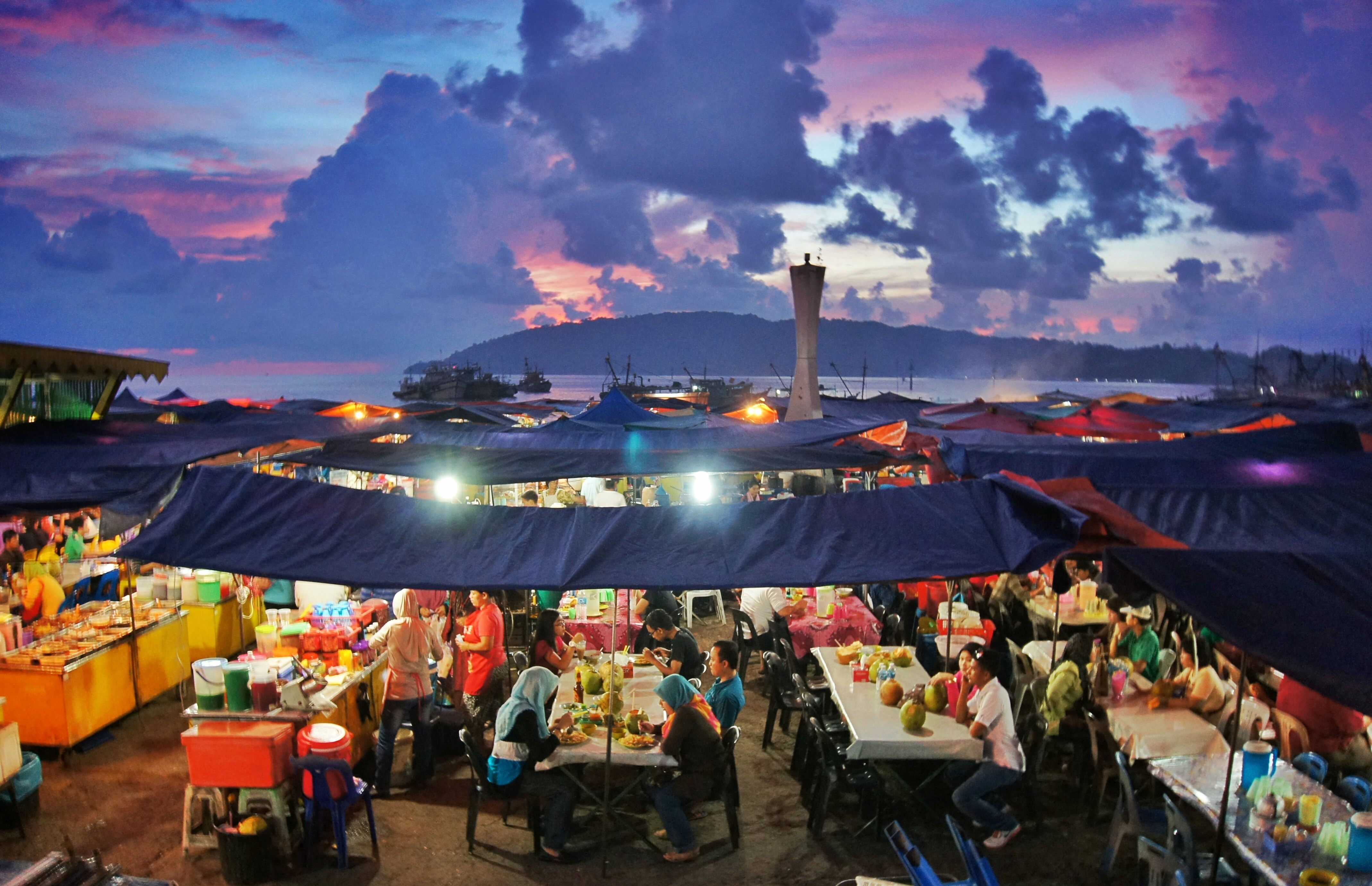 2. Get your hike on
An accessible couple of hours drive from KK, Kinabalu National Park is a must for the outdoorsy types. The park has a number of trails on the lower half of the mountain from short strolls to several hour hikes, while those keen can say they conquered South-East Asia’s tallest peak by climbing all the way to the summit of Mt. Kinabalu. 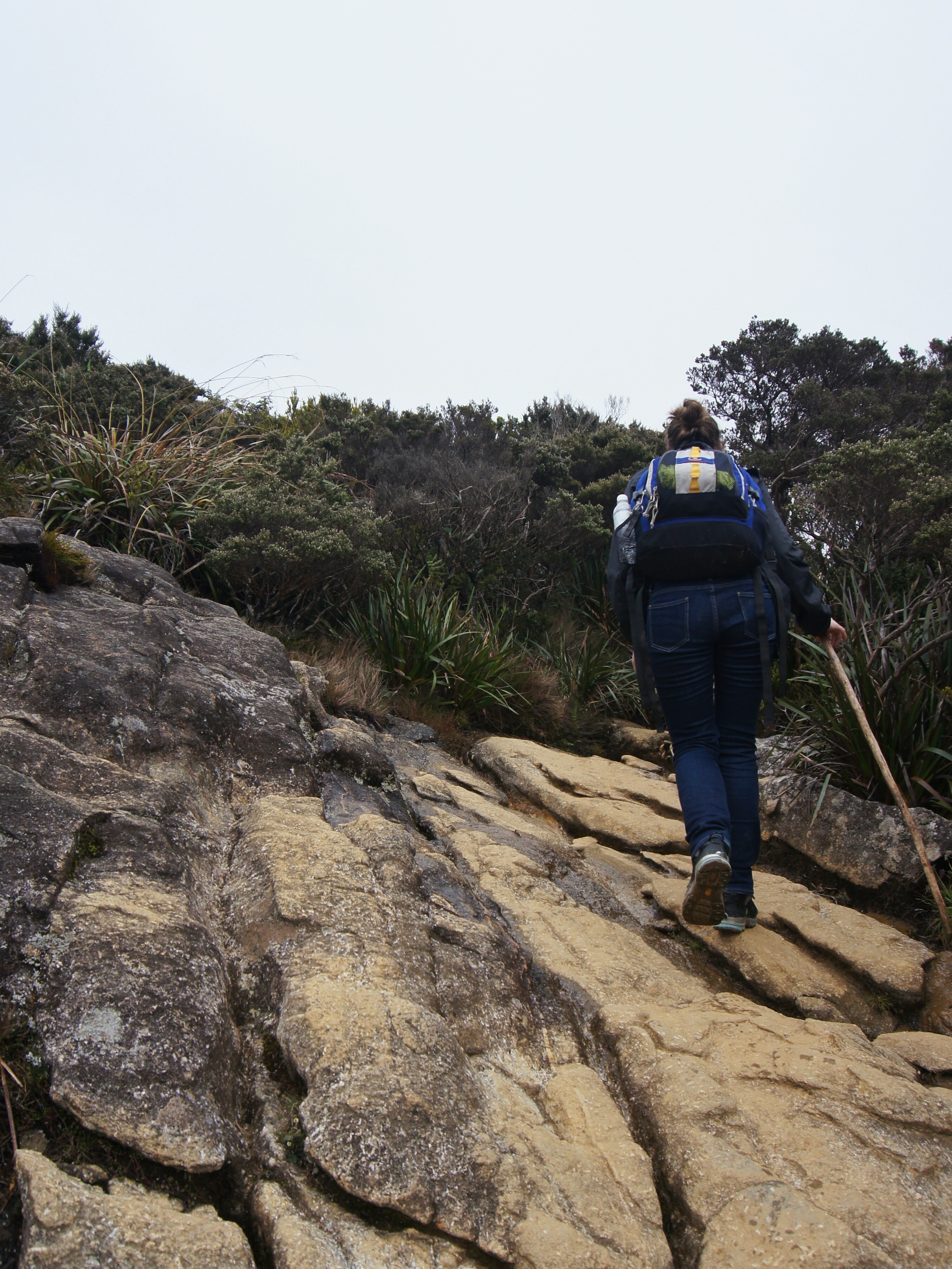 3. Eat, eat and eat more
Kuala Lumpur is one of the world’s most incredible cities for food. Not only is it super cheap but KL’s mix of Malay, Chinese and Indian ethnicities brings instant options to your dinner plate. Add in the countless other international cuisines on offer, and you can find almost anything here. Head to Jalan Alor for delicious hawker fare. 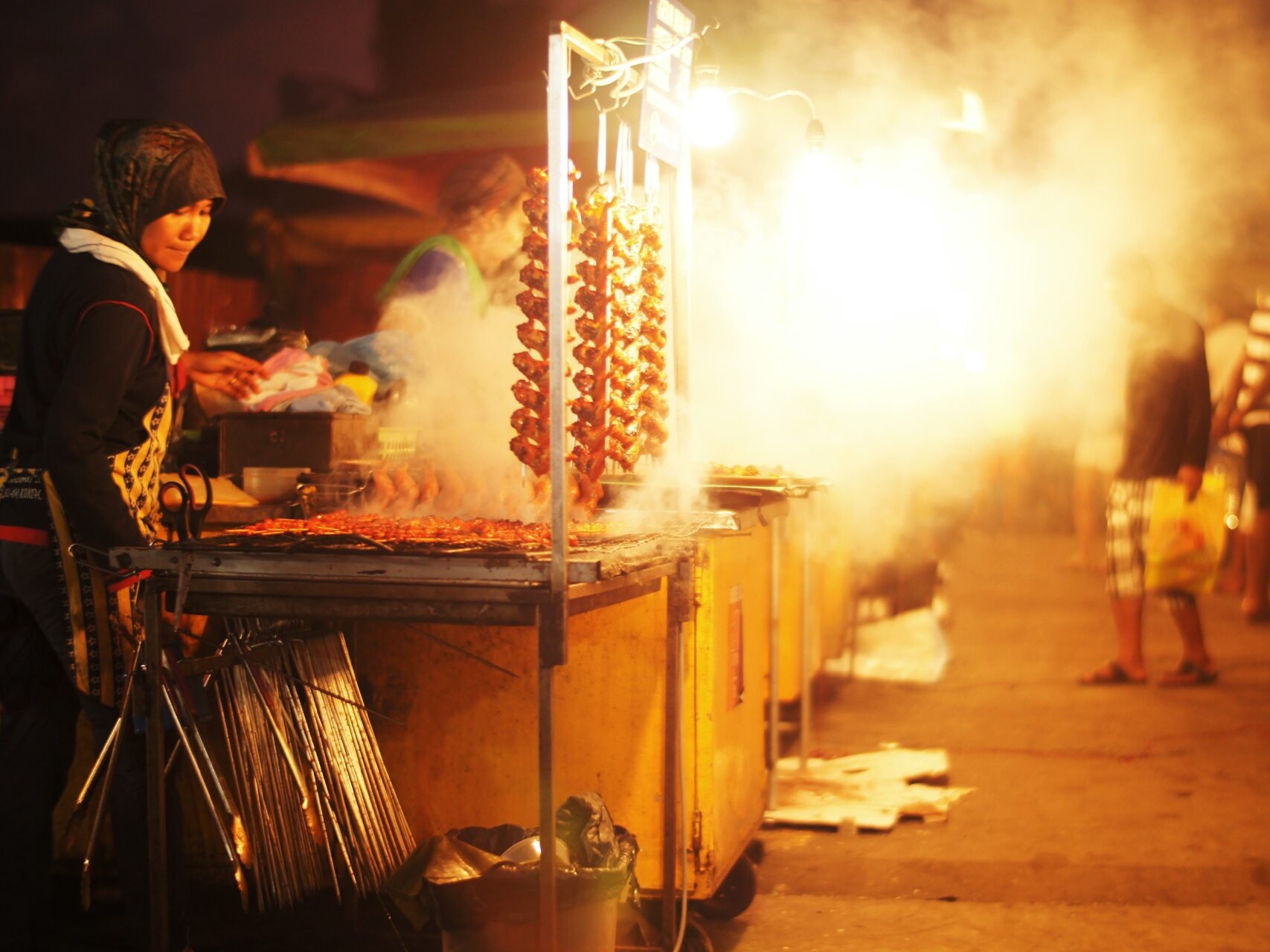 4. Be repentant
Embrace KL’s Hindu influence and head to the impressive Batu Caves. Be greeted by the world’s largest statue of Hindu deity Murugan and then climb the 272 steps of penance to the sacred limestone caves and temple. Stay food free if you plan on keeping your snacks or else risk impending snatching (by the resident monkeys, that is!).

While an excellent attraction all year round, it’s not to be missed during January’s Thaipusam Festival. So full-on that it’s even banned in the Hindu homeland of India, this body-piercing, trance-inducing ritual will have you in awe of the power of the human mind.

Tip: Take the train instead of the bus. The KTM Komuter train can get you from KL Sentral to Batu Caves in under half an hour and only costs RM1 there and RM2 back. 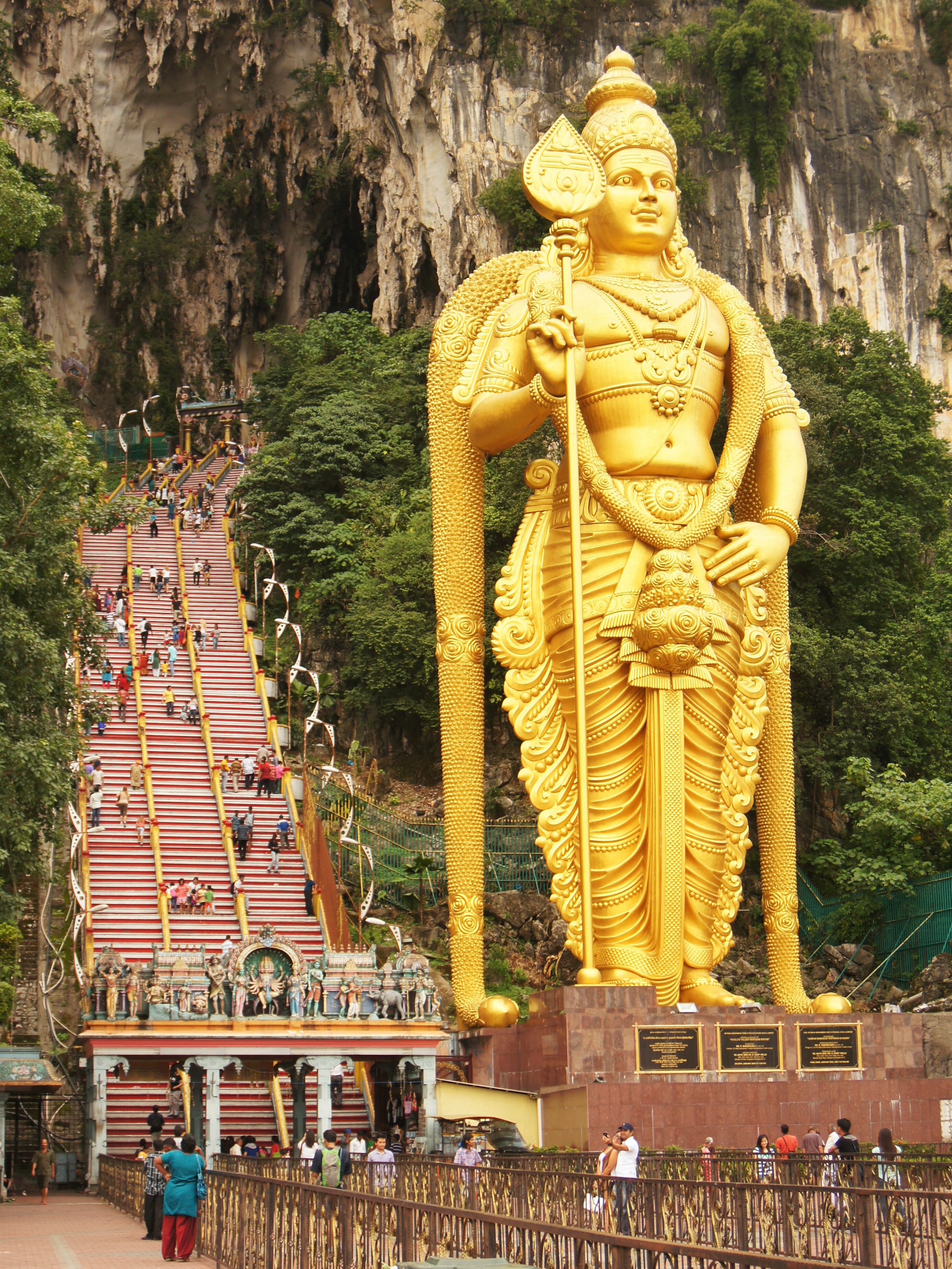 5. Go wild
Experience some of Malaysia’s amazing biodiversity by taking a boat ride or three down Malaysia’s second largest river, the Kinabatangan – a rare chance to catch a glimpse of some of Borneo’s precious primates, pachyderms, reptiles and birds in their natural habitat. 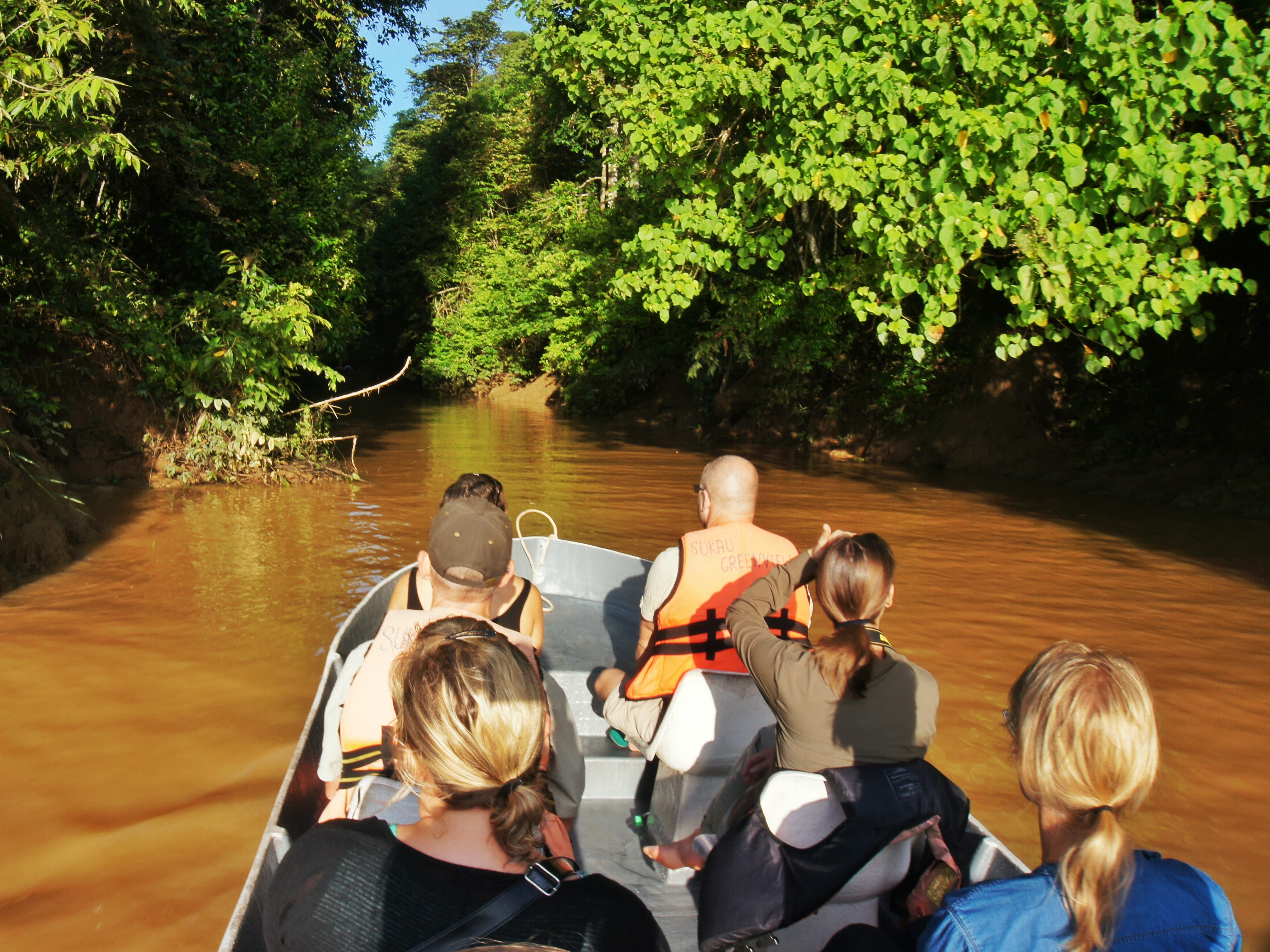 Many thanks to AsiaRooms.com for providing us with three nights accommodation in KL at the four-star Furama Bukit Bintang Hotel. Click here for the full review.

Climbing Mt. Kinabalu on a Budget

What on earth is a traveller going to do with raw seafood from a wet market? Take it back to the hotel and ask them to cook it for you? What silly advice!

They cook the raw seafood for you at the market! Just choose what you want from the catch, negotiate a price, pull up a seat under the tents and they'll bring the freshly cooked seafood to you. Cook it at the hotel? #aintnobodygottimeforthat

Thanks for all the info on this site. My husb and I are trying to plan what will be our first ever trip abroad from UK... to Malaysia Thailand and Sabah - we have about 5 weeks to travel in June/July on a shoestring budget but really want to get the most out of it. In Thailand we're going to take a riskw ith the weather and try to visit Koh Lanta and Krabi - we just want to see the limestone cliffs rising out of the turquoise water - does anyone have any suggestions? In Borneo - Sabah, we want to spend the longest part of our holiday to include: Diving at Sipadan A coupleof nights at Danum Valley if we can afford to! The Kinabatagan River Sepilok for Orangutan and Sunbears Mt Kinabalu climb - having trouble with availability :( Some island hopping - any suggestions plz? Market experiences and National Parks

want to try out the markets you've mentioned - where's good to stay if we're not after luxury and on a budget?

Would rly be greatful if anyone could kindly help.

We haven't been to/done so many of the places/experiences you have mentioned, but we can give you some ideas for Borneo. If you haven't read it already, you can check out our post on the Kinabatangan River cruise and Sepilok Rehabilitation Centre --> https://notesofnomads.com/kinabatangan-river-cruise/

Regarding accommodation in KL, we can highly recommend the Red Palm --> http://www.redpalm-kl.com/ It is well located (a hop, skip and a jump from Jalan Alor, the hawker street I mentioned in this post), clean and the owners are SO lovely. I once stayed there for six weeks and have never hesitated in going back and recommending them to everyone who asks us for KL accommodation advice. It can be a little hard to spot as it looks like a residential house and there isn't signage, but if you decide to stay there, I can send you a recent photo from our visit there last year which shouldn't make it too difficult to find.

I also wanted to let you know that I received your email about the Mt. Kinabalu climb and I'll be sure to reply shortly :)

Hope that helps! Just let us know if you have any further questions, and hopefully some readers who have done the other things you have on your list will have some advice for you.