The Shimokita Tengu Matsuri (しもきた天狗まつり) or Long Red-nosed Goblins Festival is held over three days each year in late January/early February. The event is held in honor of Tengu, the Japanese god of mischief and patron saint of the martial arts. Sometimes also referred to as the “Slayer of Vanity”, Tengu likes to play tricks on the arrogant and those who intentionally use knowledge or authority to gain fame or position. 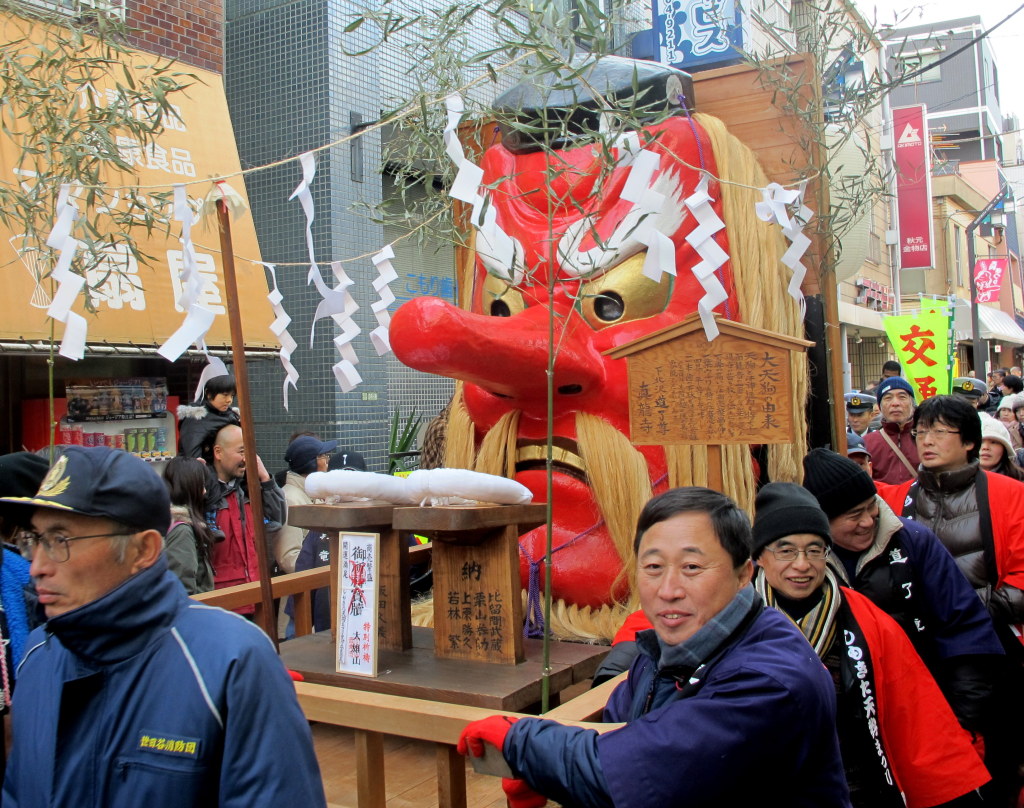 Large goblin float being wheeled through the streets.

The festivities see a parade through the streets nearby Shimokitazawa Station's north exit in Tokyo. The small gathering of costumed figures and drummers stop intermittently for “mamemaki” or bean-throwing to toss away any bad luck or evil lingering from the previous year, an activity which also continues on at Shinryuji Temple. Onlookers hold out open bags in attempts to catch the roasted soy beans that are also a tasty snack. 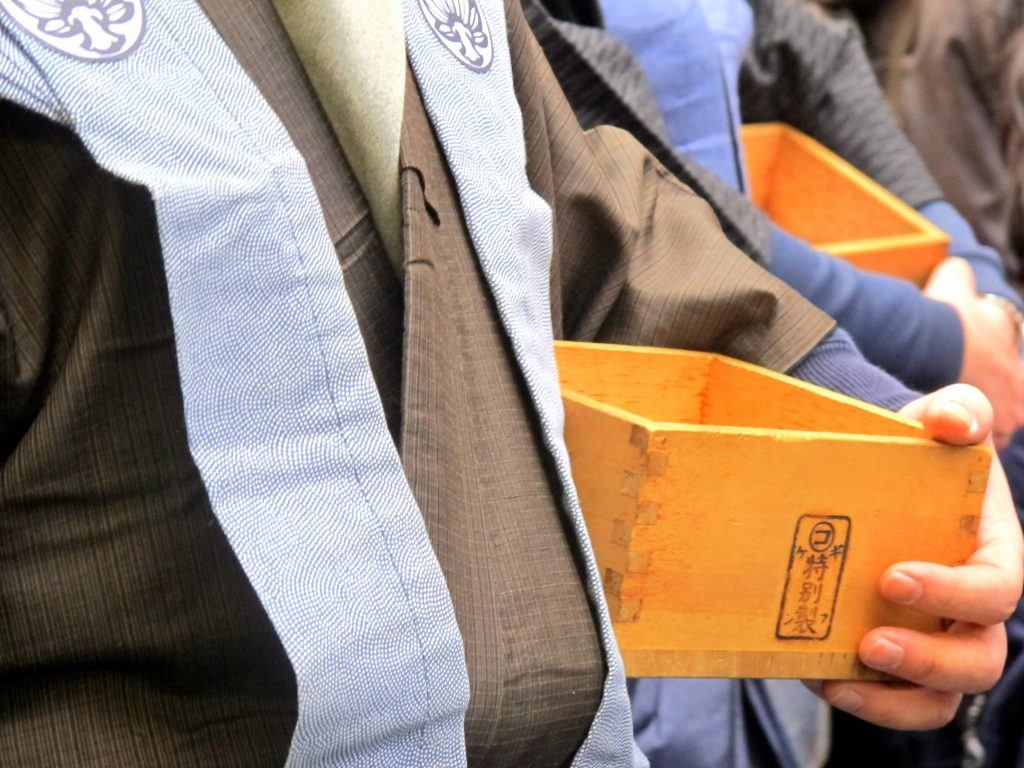 Boxes filled with beans to throw out to onlookers.

Whether during a festival or not, Shimokitazawa is well worth a visit any time of year. Shimokitazawa, affectionately referred to as ‘Shimokita' or just ‘Shimo' by Tokyoites, hasn't earned its reputation as one of the city's hippest areas for nothing. Lined with streets upon streets of trendy shops and cafes, and the go-to place for vintage clothing, you'll have no problems whiling away an afternoon browsing for your next unique piece.

Shimokitazawa can be accessed on the Odakyu or Keio Inokashira Lines. 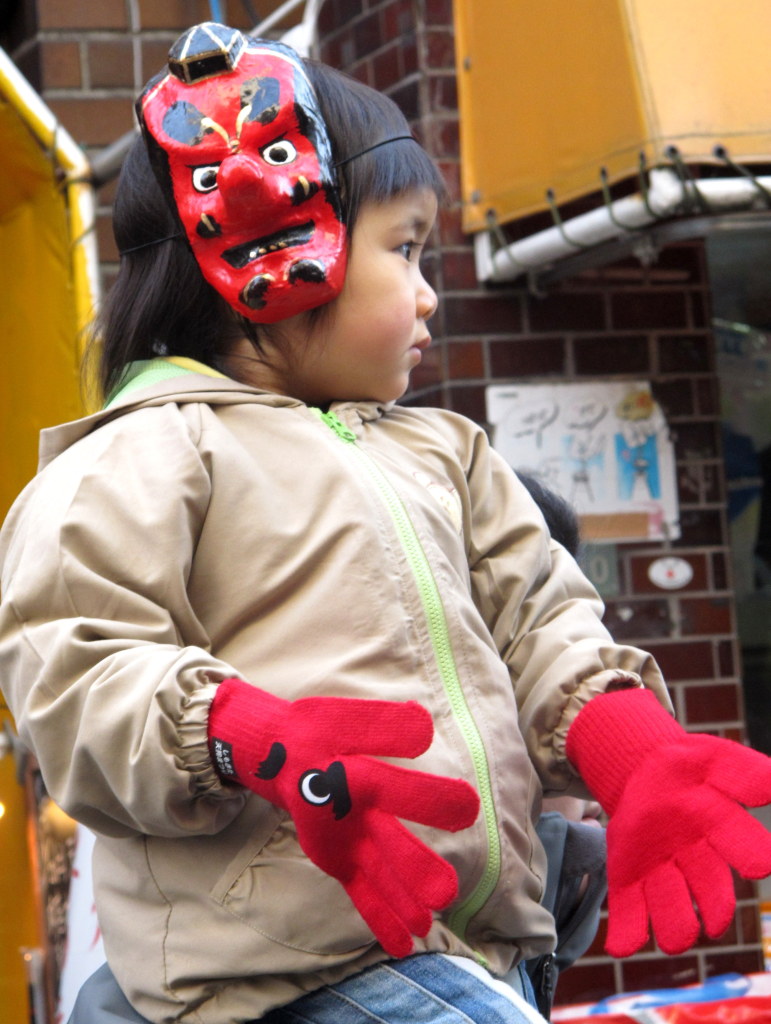 A child wearing a Tengu mask and gloves. 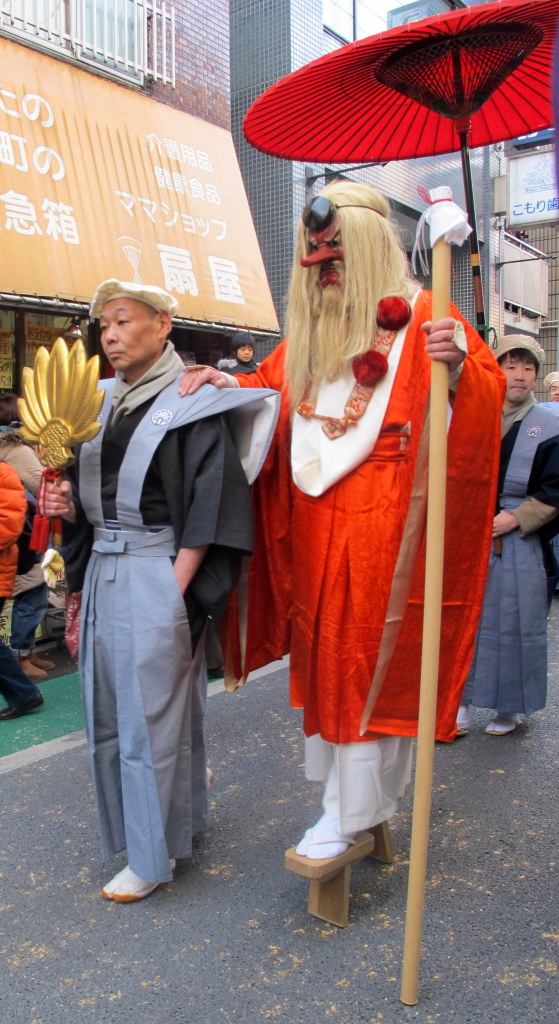