Shichi-go-san (七五三) is a Japanese festival held annually in November. Shichi-go-san literally means ‘7 5 3' and celebrates the health and longevity of girls aged 3 and 7, and boys aged 5.

It's an important rite of passage for young children and is an occasion for the whole family to get dressed up, go the shrine and have a meal together.

On Shichi-go-san children make their debut at the local shrine wearing traditional Japanese clothes and participate in a Shinto purification ceremony to pray for a long and happy life, marking their passage into middle childhood.

What's the significance of seven-five-three?

The custom dates back to the Heian period (794-1185) when child and infant mortality was high. It began amongst court nobles and then spread to the samurai class who added several rituals. By the Meiji period (1868-1912), Shichi-go-san had evolved to become part of mainstream culture and ritual.

The reason for celebrations to take place at the ages of 3, 5 and 7 were both practical and cultural. If a child reached the age of three or four, it was hoped they had passed the stage of imminent danger and would survive into adulthood. Some families would wait until this time to add children to the family register for this reason.

In addition, odd numbers are considered auspicious in Japanese numerology, and at the ages of three, five and seven, children were considered to have reached special cultural milestones.

During the samurai era, it was customary for children to have their heads shaved at birth. It was kept short until the age of three. The Shichi-go-san festival marked the time when children could start growing their hair, referred to as kamioki (髪置き), meaning to “leave the hair.”

Although this custom is no longer observed, the age of three remains an important milestone in Japanese culture. Traditionally, both boys and girls have their first celebration at the age of three, however, nowadays it is more common for boys to wait until they turn five.

Therefore, girls celebrate Shichi-go-san twice, at ages three and seven, and boys usually only once at the age of five.

So, why do boys celebrate Shichi-go-san at five years of age? Well, when traditional clothing was the daily norm in Japan, this was the age when boys could start wearing hakama or formal Japanese pants. This signified their crossing into adulthood and is called hakamagi (袴着), meaning “to wear hakama.”

At five, boys from samurai families would also start wearing haori (kimono jackets) with the family crest on it.

At the age of seven, girls start to wear an obi sash to tie their kimonos, rather than simple cords or strings. It's their first time to wear attire similar to a proper traditional kimono.

This is called obitoki (帯解き), meaning “to figure out the obi,” and indicates their period of transition into womanhood.

Nowadays, traditional wear may be switched for Western style suits and dresses. It is an occasion for formal photographs and for girls to have their hair and make-up done. It is an important rite of passage observed by the whole family.

When is Shichi-go-san celebrated?

While the official date is November 15th, as the day is not a national holiday in Japan, many families celebrate it on the closest weekend before or after. However, you may see young children dressed for the occasion any time during November, and sometimes even earlier.

Often the timing comes down to scheduling – both when the family can get together and when they can get a booking for their ceremony at the local shrine.

It is generally accepted that November 15th was chosen as the date for Shichi-go-san as it was an auspicious date in the old calendar. However, there are also the added theories that the 15th signifies the adding of the ages 3, 5 and 7, and that it coincides with the date that Tsunayoshi Tokugawa, a well-known Shogun during the Edo era, first put hakama pants on his son in celebration of his growth. 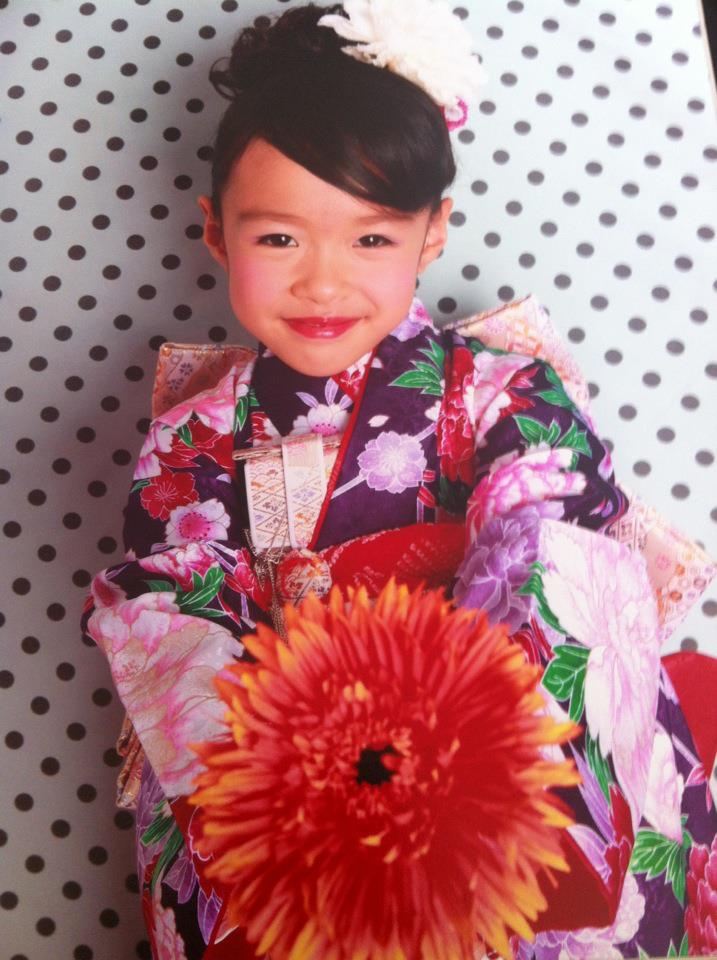 On Shichi-go-san, children receive gifts, including chitose ame or “one thousand year candy.” The children are given the number of sweets to match their age.

The stick-shaped candy, made of glutinous rice, barley and water, is red and white in color, lucky colors in Japan. They are placed in a bag decorated with turtles and cranes which, with their long life spans, are Japanese symbols of longevity.

The bags also have auspicious wording related to health and a long life, such as “tsuru wa sennen, kame wa mannen” ( 鶴は千年、亀は万年), meaning a crane lives for 1,000 years, a turtle lives for 10,000.

Nowadays, mothers may also exchange presents to say thank you for watching over the children.

Yuka with her chitose ame, “one thousand year candy.”

Where to see Shichi-go-san

Popular shrines to observe the ritual in Tokyo are Meiji Jingu in Harajuku, Hie Shrine in Asakusa and Kanda Myojin Shrine in Ochanomizu.

Note: It is generally considered taboo in Japan to take photos of children without permission. Please be sure to be sensitive to this and respect parents' and individuals' concerns regarding privacy. 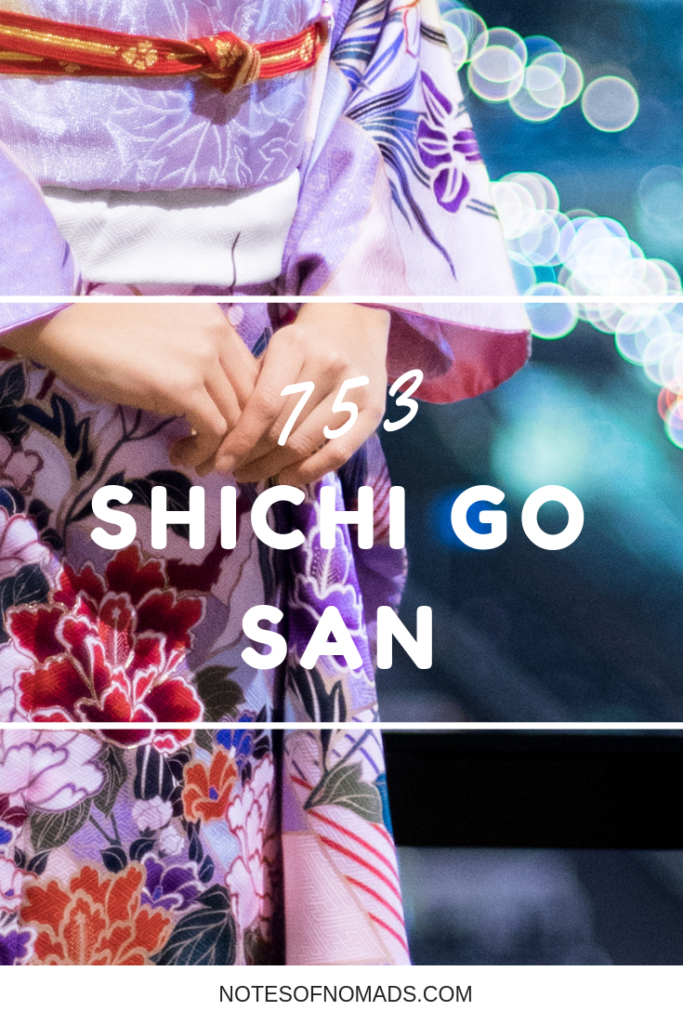 Great job!! It is really descriptive. Thanks for your commitment to this!!

Definitely fascinating! It's always so fun learning about different cultural traditions, and thanks for sharing this one! And Yuri looks so pretty! That kimono is gorgeous!

Thank you, Jill! Yes, Yuka looks so great, doesn't she?! I love seeing the diversity of colors and patterns of kimonos here. The color, pattern and texture of the "obi" changes the look too. It's like the combinations are endless! :)

This is fascinating! I love how numbers play into the Asian cultures. It seems so random at first, and then you discover that there is more and more meaning behind it, like with the November 15th date. I love learning cultural things like this.

I love learning about the stories behind these things too! Glad that you found this post interesting. Thank you for reading! :)