“We probably won’t see any,” the guide said, trying not to get our hopes too high of seeing an anaconda in the wild. “Muy peligroso, muy peligroso,” he continued.

“I think he’s saying the water’s deep,” said one of our traveling companions.

“No, he’s saying it’s very dangerous.”  My Spanish is mediocre at best but that was an adjective I did remember: “dangerous”.

Going out into the Pampas (the wetlands along the tributaries of the Amazon Basin) requires a local guide, knowledgeable on the specificities of the area, many of whom speak Spanish only. Hence it was a requirement of the tour for at least one person in the group to have basic Spanish ability (which they tested at the travel agency) and somehow I had fallen into the role of unofficial interpreter, a role I was certainly not qualified for nor comfortable with.

Nevertheless, here we were in the middle of the Pampas and collectively decided that since we were here in the Amazon, to go out and see what we could find.

Traveling some way down the river, the guide suddenly cut the engine and pulled up on the bank. “Aquí?” (Here?) we chorused.  Our guide started laughing. Let me take you back a few steps to the day before.

On arrival at the Pampas, it was a three-hour boat ride to camp in one of these: 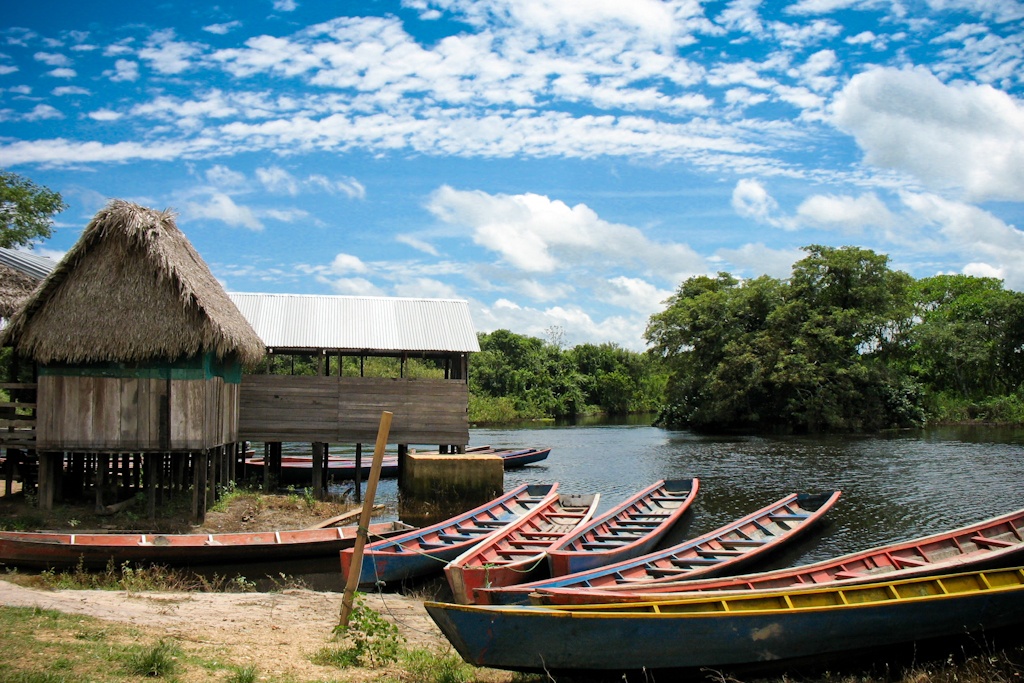 Despite being told that it wasn’t the time of year for great wildlife spotting, we were blessed to see squirrel monkeys (that came right down onto the boat when we got close enough), howler monkeys, pink dolphins, capybaras, turtles, eagles and, amongst them, caimans and alligators. 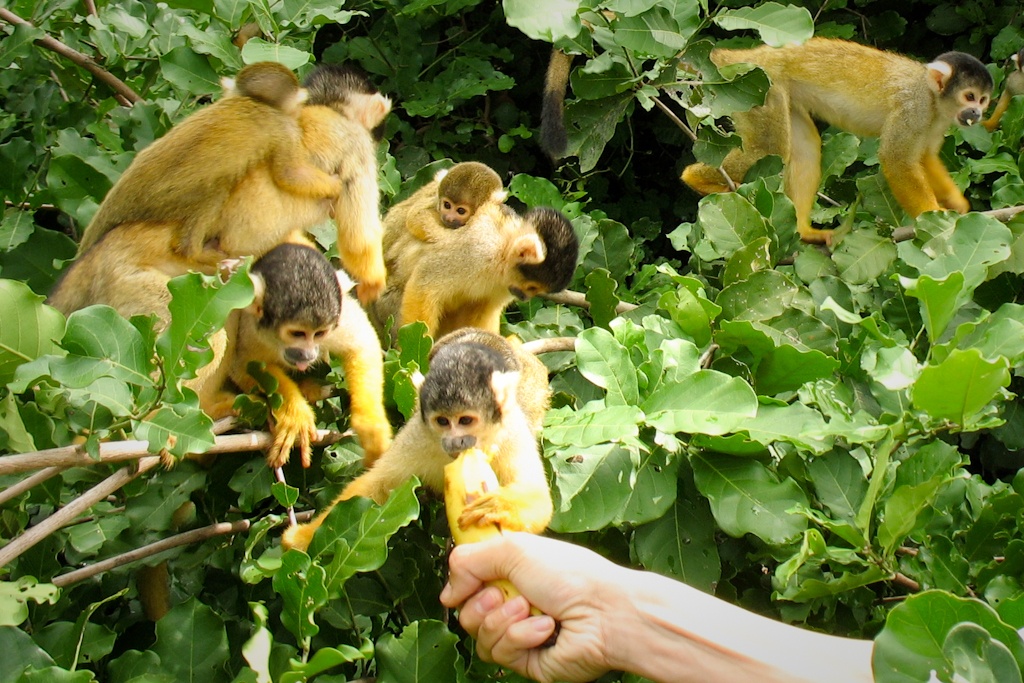 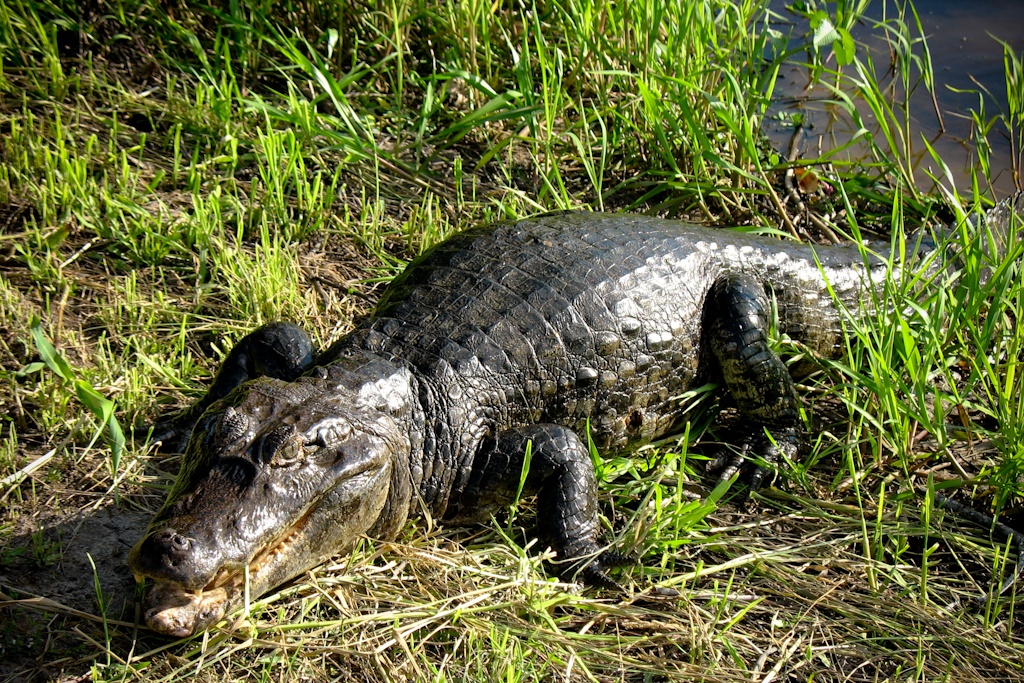 The night before we got in the same boat, which with five people in it doesn’t leave much between you and the water, and basically went out all Steve Irwin style shining flashlights out into the water to spot caimans. The number of eyes we saw shining back at us will give you an indication of our nervousness when the guide pulled up to the banks of these very same waters in which we had ventured the night before.

It was pouring with rain and the river had engulfed the banks and merged with the grassy wetland savannah in front of us. We had rain jackets and boots which were good for all of two minutes until the water was well over our knees. Soon we were up to our waists in pitch-black Amazon wetland water and looking for snakes which could be lurking anywhere under the murky surface. 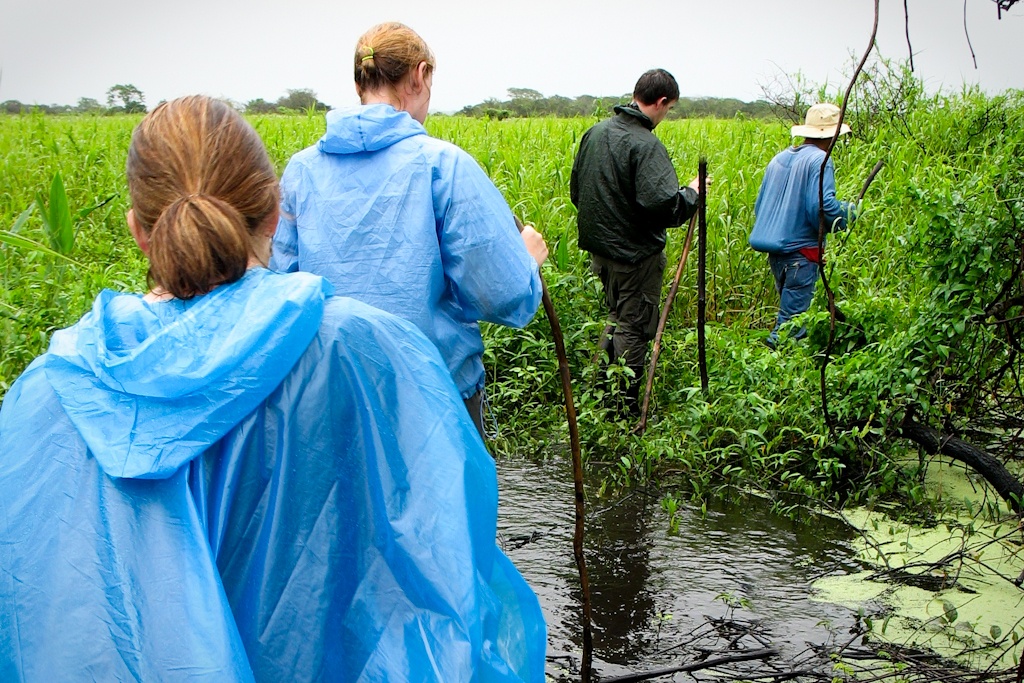 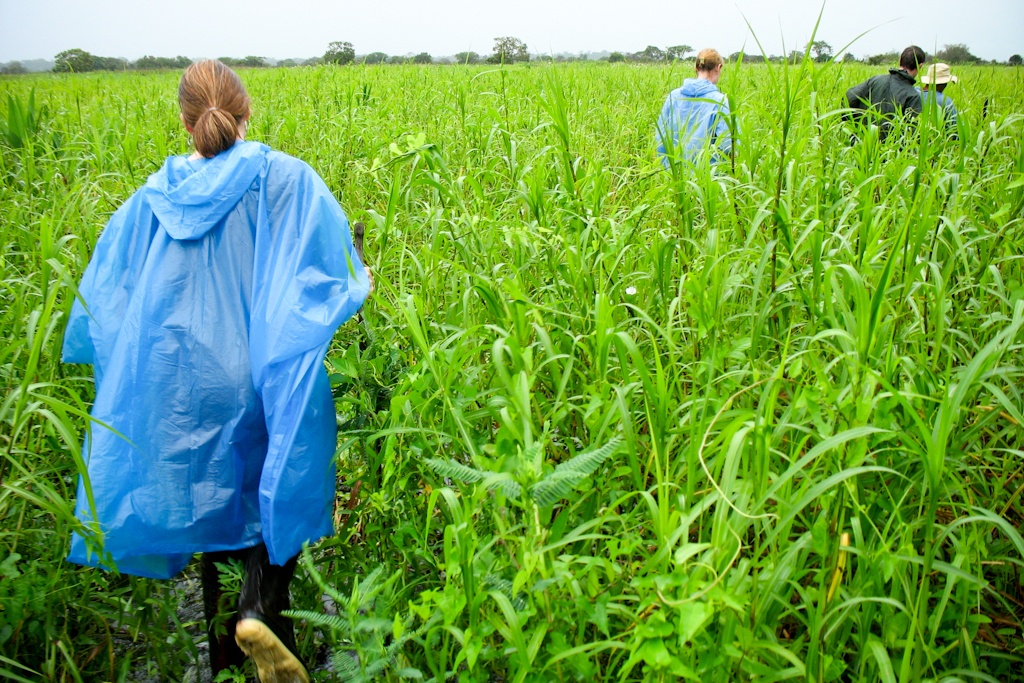 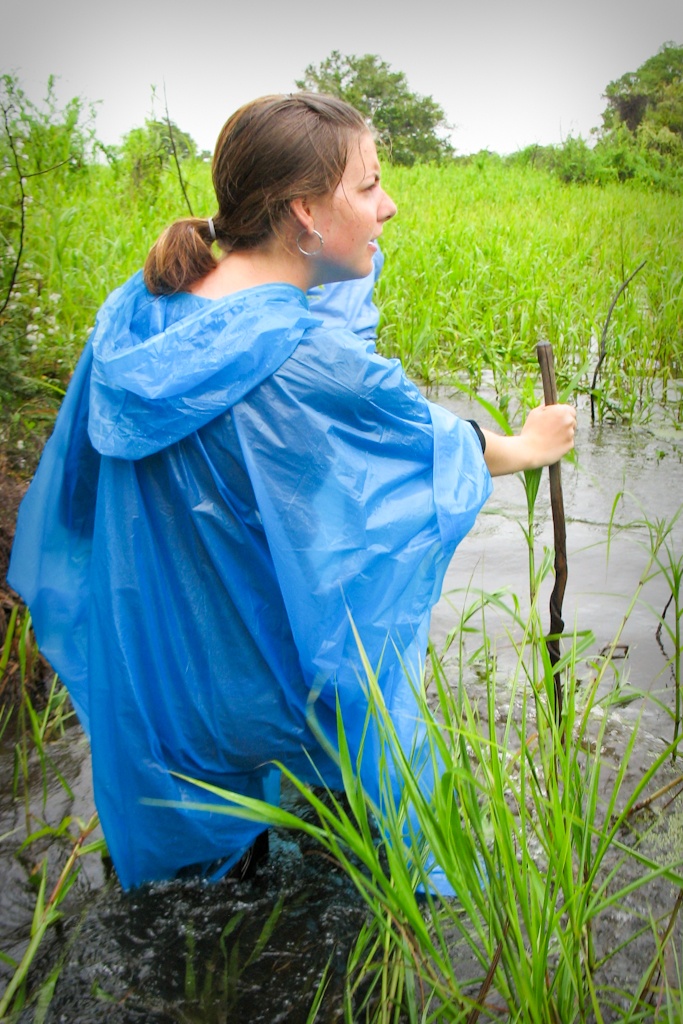 We trudged through that wetland for hours with the consistent rain not showing any signs of letting up. Finally the guide said that with the rain he simply couldn’t see far enough into the water to spot them (on sunny days, he can see some way into the water to be able to point them out).

We resigned ourselves to the fact that our search for an anaconda would be unsuccessful and started making our way back to the boat. On the way back however, a young, spritely one appeared, perhaps about two meters long. At this length, it had the circumference of an average snake and could glide across the surface of the water with ease. He hadn’t seen it in the murky conditions and had nearly stepped on it.

The guide held out the stick he had been using to trudge through the muddy swamp and the snake instinctively tried to escape through the narrow passage of water between us and the grass. The guide crazily went after it, at which point it naturally tried to defend itself, flattening its head like a cobra and striking several times, but any bite was avoided by the quick movements of the guide who sucked his stomach in whilst launching himself backwards. The baby anaconda made a quick exit into the brush.

The whole incident was over quickly, getting that murky water off us not so. Did I mention there was no running water at camp? 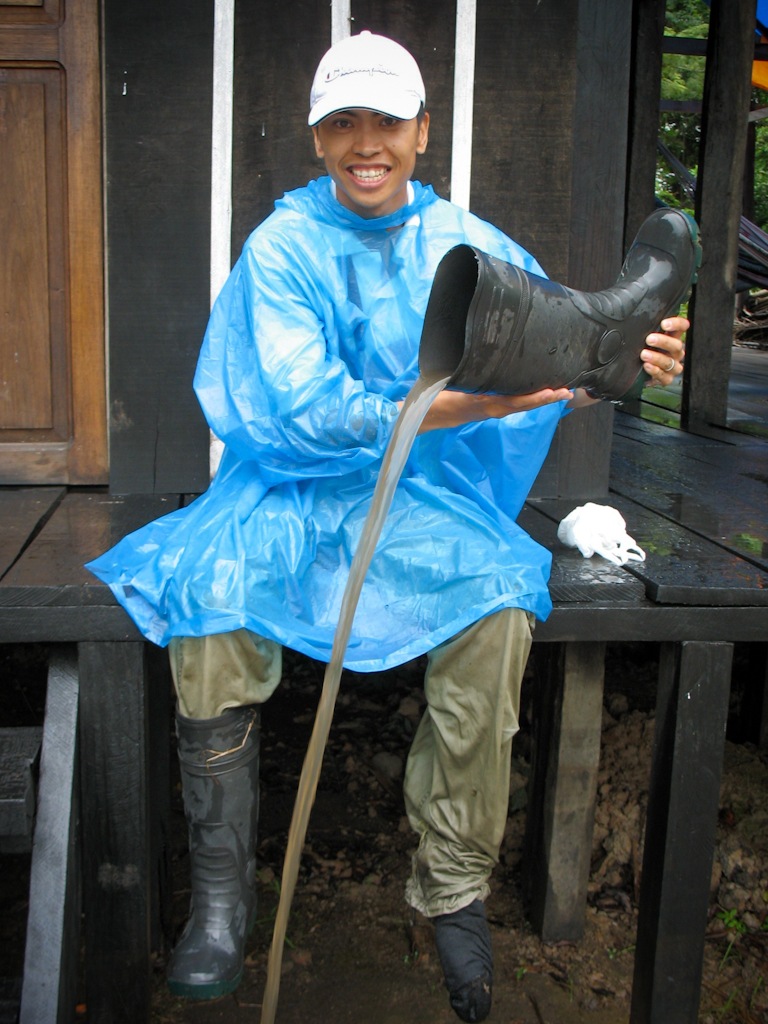 […] time in the Amazonian Pampas in Bolivia was full of close animal encounters – searching for anacondas, swimming with pink dolphins and even touching an alligator. And while the pink dolphins did […]

OMG... so much of me is so scared of doing something like this.. but the other half of me is excited by the thought of it... hmmm perhaps in 6 or 7 months we'll have our own tales to tell!!.. thanks for shedding some light on what we can expect!... aghh I'm excited all over again!!

As they say, if your dreams don't scare you a little, then you are not dreaming big enough! :) Glad that we could share our experience with you. You'll have an amazing time and will definitely have your own tales to tell! I look forward to following your journey on your blog! Happy adventuring! :)