Ever wished you were more skilled with your words? That you had the power to persuade without causing offense? Well, nomads, the gift of the gab is a mere kiss away. That's if you don't mind hanging off the side of a castle to get up close and personal with none other than a stone! 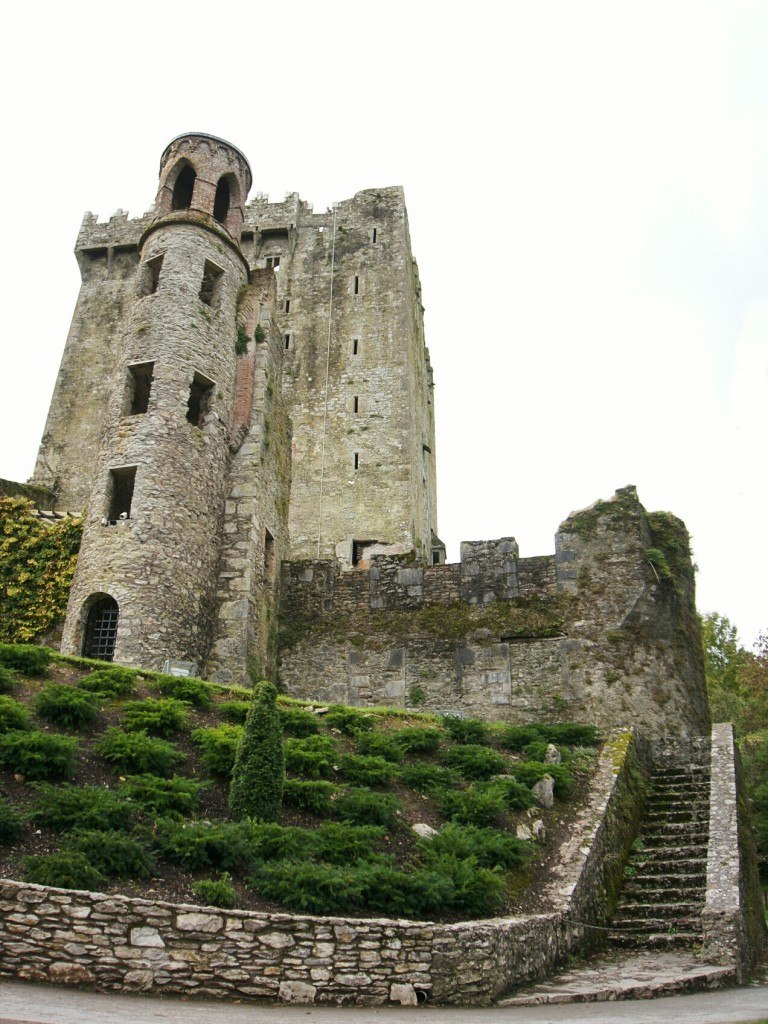 That's right. The Stone of Eloquence, more popularly referred to as the Blarney Stone, can be found in the battlements atop Blarney Castle, north-west of Cork, Ireland. Kissing it is said to give the bearer the gift of eloquence. Yet locking lips with the famous piece of blue stone is no easy feat, requiring visitors to first climb 127 steps to the top of the Castle and then lean backwards over the sheer drop.

These days, metal bars have been installed to help you lower yourself down in line with the Stone, while a staff member holds your legs to keep you from falling. In earlier days, one would be lowered by the ankles without any of the safety measures that are in place today, making it a true test of will and courage.

Blarney Castle, as it now stands, is the third to be built on the site and can be dated back to 1446 to the McCarthy family.

The Blarney Stone got its name thanks to Queen Elizabeth I when reigning as not only Queen of England but also Queen of Ireland. And while she agreed that the Irish chieftains could occupy their own land, she wanted them to occupy it under her title. Carmac McCarthy, Lord of Blarney, pledged his allegiance to the Queen and said he would be more than happy to sign over the land on which the Castle stands, yet he always had a reason to delay the transfer. Apparently his excuses were so plausible and so well put that his letters became a running joke when read out in the courts.

After yet another letter from McCarthy, Queen Elizabeth realized that he was laying on his kind words just thick enough without giving in to her requests. She is said to have thrown the papers up in the air and declared it all a load of utter “blarney”. It was from then on that the term came to mean “skilled flattery” or to “coax without causing offense” and the name for this sweet-talking Stone.

It is not known how long the tradition of kissing the Blarney Stone has been carried out, but it is believed that the power of the Stone was revealed to the McCarthy family by a witch they saved from drowning.

Just how the Blarney Stone came to be at Blarney Castle is a matter swathed in mystery and in a land of avid story-tellers, legends abound. Some say that it is the Stone that Jacob used as his pillow and was brought to Ireland by the prophet Jeremiah; others say that David hid behind the Stone while running from King Saul and the Stone made its way to Ireland during the Crusades; while yet others say it is the very rock Moses struck with his staff to supply the Israelites with water as they fled slavery in Egypt.

The most widely believed story though is that the Stone came to be at Blarney Castle by way of a gift. In gratitude for Irish support in the form of several thousand men at the battle of Bannockburn in 1314 (in which the Scottish defeated the English), Robert the Bruce is said to have given a portion of the Stone of Scone (upon which the first King of Scots was seated during his coronation in 847) to the McCarthys.

Whatever the origin, its promise of never being lost for words again is enough for hundreds of thousands of visitors to fight acrophobia each year in the hope of receiving a silver tongue, including swathes of well-renowned politicians, musicians and film stars. Winston Churchill is said to have kissed the Blarney Stone in 1912. As to whether his fate of becoming one of the most widely acclaimed orators of the 20th Century was sealed with a kiss, I'll let you be the judge.

Have you or would you kiss the Blarney Stone?

Thanks, Agness! Apparently a few years back it was named the World's Most Unhygienic Tourist Attraction by TripAdvisor hahaha

Fun! I did kiss the Blarney Stone. It happened so fast that I didn't have time to be afraid of the open chasm that you have to hang over to do so. It's an experience ill treasure forever.

Well done, Julie! You're right, the whole thing is over pretty quickly. As long as you don't think about it too much, I think it is achievable for most people, even those like me who are scared of heights.

You did a fine job, Jess! That's definitely one of the most dangerous tourist attractions I've ever seen. Quite a backbend involved along with trying not to smack your face on the wall. Way to go!

Thanks, Britt! It's not the most graceful thing I've ever done but I guess at least I can say I've done it! hahaha