It might sound like a strange thing to get excited over but, seriously, after having lived out of a backpack for the past two and a half years, there is something oddly alluring about the thought of being able to put things in a semi-permanent place.

The term ‘coat hangers' has kind of taken on the meaning of a point in time for us, the point where the nightmare of settling back into Japan was over. Coat hangers would mean we have an apartment, an apartment would indicate we have visas…and residence cards…and bank accounts, and so it goes on. Coat hangers were a symbolic representation that our most important and immediate goal, i.e. the basic means to have a base here again, had been achieved.

And here we are, almost a year from when we got back to this country, with coat hangers.

Now, if you read our life update last month, things were going far from plan. We had just lost the apartment we had been fighting so hard to get, I wasn't able to get a place at Japanese language school and my health wasn't good. We were generally at a place where the smallest of obstacles became mountains and those mountains decided to throw us the biggest storm they could conjure up.

So we had a choice. To allow this to get the better of us or keep climbing through the head wind. After a day of letting the news sink in and thinking about our options, we decided on a plan. Let's put in an application for that stupid document (the one they used as an excuse to not give us the apartment) and when we get it, let's re-apply for the apartment again anyway (even though they said we couldn't). The worst they can do is say no (again). If we don't get it, then at least we'll have this document on hand should anyone else ever ask for it.

So that's exactly what we did. And what do you know? We actually got it this time! The same friggin' place! It took another 10 days for them to prepare the rental contract and another few more to get the keys, but it was now officially ours!

Come check out our tour of our new place!

It's been a super huge few weeks trying to balance school (yes, more on that in a sec), work and sourcing furniture. And while there is still lots left to do before we can say we've got everything set up, we can happily confirm that this suitcase is no longer our dining table. 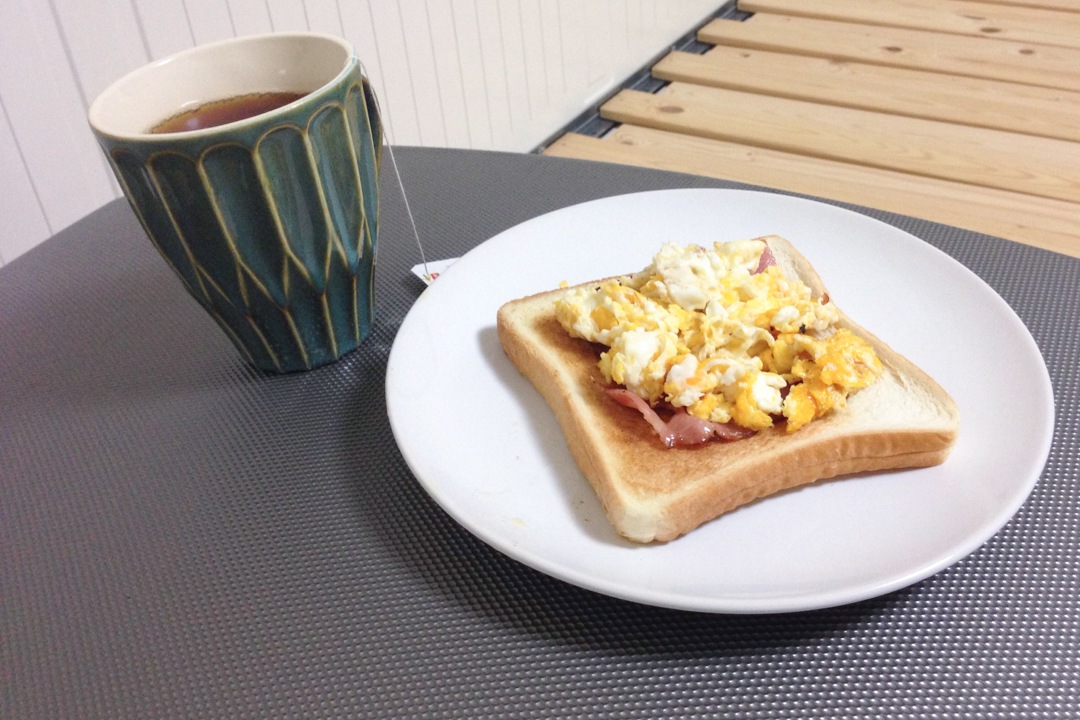 As for my Japanese studies, I went back to the school, who currently don't have any places available for my level, and enquired about other options. I was able to do an interview the same day and start a different type of course while I'm waiting for an opening to come up in the course I want to pursue. I've now been studying 5 days a week for the past 5 weeks and even though I still have days were attaining fluency in this language seems insurmountable, the days when things “click” more than make up for it.

And now that many of the stress clouds hovering over us have blown over, my health is on the improve too. I still don't feel 100% but I'm no longer experiencing the sharp chest pains that the doctor decided to give me an ECG to investigate last month.

And perhaps the silver lining of heading to the clinic that day was hearing the doctor say this: “You're welcome here anytime. If anything feels wrong at all, don't hesitate to come back and see me.”

I had to hold back the lump in my throat. Because what I heard at that moment, in the wake of all of the madness and discrimination, were the exact words I needed to hear. All I heard was, “You are a person and I care about what happens to you.”

Then somehow we held on and have oh so many coat hangers.

Yay! So happy you guys have coat hangers. As much as I love to travel, nothing compares to having a little nest. I completely understand.

Despite my independent woman tendencies, deep down I'm a happy little housewife. ;)

It's a nice balance :) A friend of ours is leaving Japan so we inherited all her coat hangers (LOTS of them). Woohoo! Thanks for all the well wishes!

"Good things come to those that wait or persist in your case" That saying seems to have a ring of truth about it. Ok maybe not as the words "wait" and "persist" are really poles apart in their meanings. Well surely you must agree the sentence had sounded impressive ha! Enough of this jibberish! Congratulations and very well deserved X

Thank you! Yes, lots of waiting and persistence (and patience - something I don't have lots of Haha) was required. But here we are with coat hangers :) Thanks for the well wishes x

Thank you, Doga! Think we've finally turned a corner! :) Hope things are going well for you too in Canada!

Love this! I laughed when I read the title because I know exactly what you mean! You start to miss the simplest things when you're on the road, but once you're back home, you would give them up again in a heartbeat.

Thank you! So true! We always start to get itchy feet after a while. That's why we think this base will be the perfect balance for us. We can continuing travelling but still have a place to come back to. :)