And just like that, we don't have an apartment anymore.

Those who follow us on Facebook may have seen our post last Thursday in which we happily proclaimed that we'd gotten the apartment we'd be waiting on for no less than 5 weeks! After multiple delays, we went through all the checks and did the telephone interview with the guarantor's office on Wednesday (In Japan, it is usual for the checking of applicants to go through an external guarantor's office separate to the agent).

Then on Thursday, we got the phone call we'd be waiting for. The agent said that everything had been approved by the guarantor's office so we were good to go! We arranged a moving-in date and time to sign the contract and collect the keys. Woohoo! We could now put plans into motion, organise some furniture and appliances, and finally feel like we have a base.

But our excitement was premature, it seems. No less than 24 hours later, we got another phone call. The guarantor's office suddenly wanted another document that they hadn't asked about previously and they wanted it the same day. Unfortunately for us it wasn't something we could produce the same day, it was something that needed to be applied for. We told them that we would go apply for it first thing Monday if they really needed it, but it seemed so unnecessary. Why didn't they ask about it before?

And just like that the guarantor's office refused to allow us to rent that property, any property in the same building as well as any other property in any other building they are responsible for. Because of course if we don't have a previously unasked for document that is completely non-standard and unnecessary even though we have proven our situation more than a million times, of course that means we must be illegal immigrants. 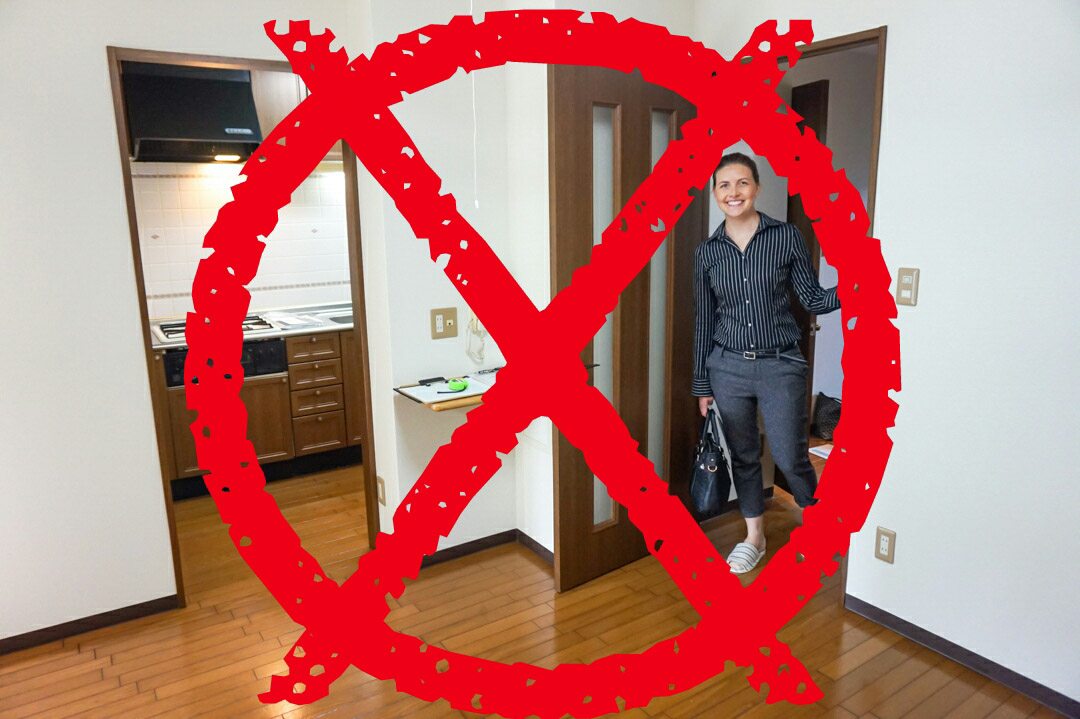 Give me a break, seriously. All we have done over the past few months is jump through every hoop that the immigration department, city office and every other government agency has asked us to. We've followed everything to the letter and had to overcome countless delays and admin mistakes and bureaucratic nonsense, all for the sake of doing things their way.

We even had one government official claim that we weren't really married. Never mind that their records show that we lived as husband and wife in the same city for four years previously or that our residence card indicates our relationship, a nationwide ID issued by their own government! Obviously if you don't carry your marriage certificate around with you daily, you're clearly suspicious people.

Show us evidence that you've paid your taxes in Australia this year, they'd say. As this was earlier in the year, we explained to them that we could show them everything up to last year, but we wouldn't be able to show our tax statement for this year until after we submit this year's tax return, which cannot be done until July as the Australian financial year is from July-June. Sounds dodgy, they'd say!

Oh, you want to study at Japanese language school? At your age? No way! The immigration department will wonder why on Earth you didn't just study Japanese during university. Because, yes, we all know where we are going to end up in the world when we're 18.

If they don't understand your situation, if it's not the usual pathway in Japan, then there is only one explanation: you're untrustworthy/doing something wrong. Because, yes, if we were, we would totally just walk into every government agency and present ourselves there in full cooperation, even when their requests are downright ridiculous. And it would be silly to assume that other countries might have different procedures, paperwork and financial years as Japan, right?!

We've been working on getting this sorted for the better part of a year now. And I've just about exhausted my patience levels. Now we are back to square one on the apartment front and the one thing that I was really looking forward to (starting at Japanese language school this week) has also fallen through.

The stress of the process has also taken a toll on my health. After another long day at the immigration office on Monday, I spent the evening at the clinic. They performed an ECG and even though I sent their machines into disarray, it seems I thankfully still have a heartbeat!

Renting in Japan: How difficult is it for foreigners to get apartments?

[…] the drama just to get it? If you're a new reader or simply missed it, you should read the post on how this place was taken away from us and the follow-up on how we got it […]

First, so sorry about your apartment situations... It sucks to not get the apartment you want, but what sucks more is to believe you got it, only to have to be taken away :(

Secondly, I'm sooo glad I stumbled upon your website! My boyfriend and I have been wanting to visit Japan for most of our life, but just decided to actually make it happen... March of 2017. I'm reading through all of your articles and gaining knowledge on where to go and learning so much! I have a long time before actually making the trip so I'll be keeping up with you and doing my research!

Thank you so much! We actually have good news on the apartment front in our latest post :)

So happy to hear that you'll be making your dream of travelling to Japan happen and that you have found the content here useful. Thank you for getting in touch and if you have any requests for specific content from the ground here, let us know. We have LOTS more Japan posts coming up and we strive to make them as relevant and useful as possible. Happy planning!

Life Update: We have coat hangers!

[…] if you read our life update last month, things were going far from plan. We had just lost the apartment we had been fighting so hard to […]

I just found your site looking for info on the sand baths at Beppu. Sorry to read about your apartment. It all sounds so Japan.

Hi Kathryn, glad you found us! Yes, it's been a trying year. Happy to report an update though, which I am currently writing. Stay tuned.

What a bureaucratic pain in the neck. Sorry you're caught up in that. Can you talk a little about a phenomenon of empty/unwanted houses in Japan which is being reported in western media? Is that a real thing, and if so is buying one of those a viable alternative to apartment living?

Thanks for the supportive comment. I'm writing an update on the situation as we speak.

Yes, the phenomenon of empty/unwanted houses in Japan is true, and it certainly can be a viable alternative, especially if you have the money/can get a loan from outside Japan (trying to get a loan from a Japanese bank as a foreigner is its own set of headaches).

The biggest issue we have heard about in this scenario is tracking down the owners of these abandoned properties to make an offer. It is often the case that these properties were owned by older people who have since passed away. In many cases their children/relatives may live elsewhere in the country and have long forgotten about the up-keep of the property. As these properties aren't listed with real estate agencies, as they aren't officially "on the market", they can be difficult to find. However, it certainly is possible. We'd certainly hope to buy something in the future. We think it would be worth the investment.