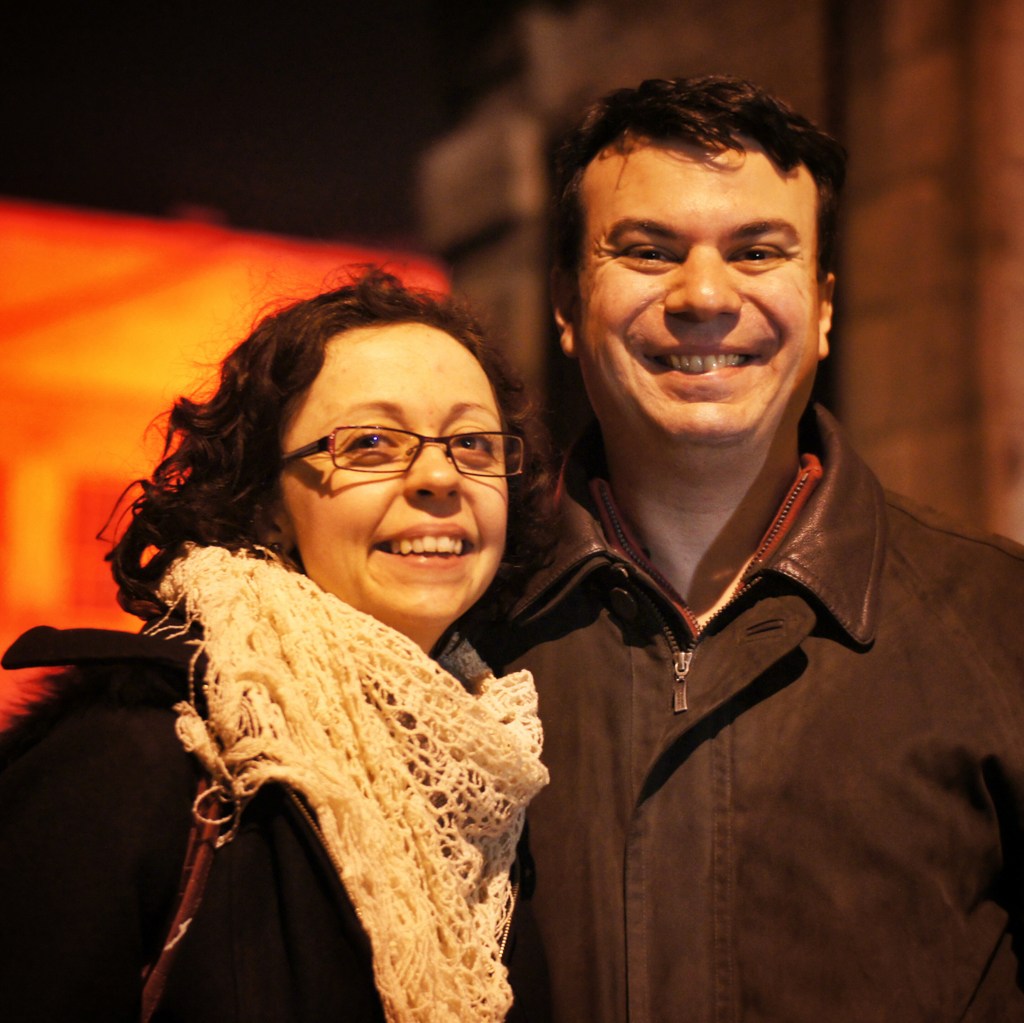 Meet Alex and Bell, the husband and wife team behind travel blog Wanderlust Marriage. Alex is American and Bell Australian, but their love story spans the continents.

Here's a story for the romantics out there. They met at a random hostel in Belgium where they realized they were both heading to Amsterdam and that their plans overlapped by one day! So they met up there and again in Rome when their solo travel plans once again had them in the same place at the same time. The days were wonderful but their time together short and eventually both of their European journeys had to come to an end.

Bell was back in Australia and Alex in the States but they maintained contact with weekly emails. After two years apart, they finally decided to lock down plans to see each other again and booked tickets to meet in Bangkok in six months' time.

As their reunion got closer, they seriously began to fall in love and the thought of having to say goodbye again in Thailand was something they didn't want to have to face, so Bell suggested Alex come live with her in Australia. Despite having never been to Australia (or Asia for that matter!), Alex sent a box of his stuff to Australia before even reuniting in Bangkok. After 10 blissful days of fun in the sun together, they got engaged at a beach bar while music played from the cliff above.

Getting teary yet? Well, I've really summarized, let me tell you! Grab a box of your fave chocolates and read the full tale of their Wanderlust Marriage on their About Page.

Alex and Bell have since lived together in Melbourne, Florida, Amsterdam and Dublin. We were fortunate to meet Alex and Bell in Dublin and Alex again in London.

Find out what they had to say about their lives and travel.

1. How long are you travelling for?

Well Bell has been an expat for 8 and half years and Alex an expat for 6 years, does that count as traveling?! At the moment we do shorter trips from our base in Dublin, rather than epically long trips. But we’re currently in Malaysia for 3 weeks which is long for us!

2. How heavy was your baggage at last check-in?

We have an apartment of stuff we keep moving around (minus furniture)!! For our current trip to Malaysia we totaled 18kg because we plan on buying stuff.

3. Apart from your passport, what item can you not travel without?

Alex – His “pharmacy”. Alex knows the laws in different countries vary, so he wants to make sure he carries a remedy for anything that may ail him, but which is also legal in that country. So searching laws and adjusting the pharmacy is tedious, and he’s quite pedantic with this.
Bell – I do love my hair straightener and usually don’t go far without it, until of late when I chopped my hair short.

4. What was the first foreign country you ever travelled to?

Alex – Paris, France, when he was 19. On his first night he got lost in the rain and didn’t enjoy ringing via France Telecom to call his father who had no idea what to do for him.
Bell – Rome, Italy, arrived to find her bag was still in the UAE. She’d packed her coat in her checked luggage and it was winter with a high of 2 degrees Celsius.

5. What has been your favourite destination to date?

Alex – Tangier, Morocco (just kidding, least favorite is easier to answer). Impossible to answer but since we spend so much time in cities, in recent years I would say it was driving through the Colorado Rockies. It was a refreshing break from the hustle and bustle and so beautiful. Liberating to be behind the wheel as well as we haven’t owned a car while living in Europe, so that’s going on 6 years now. Singapore is fantastic, it gets a reputation as being overly sterile and expensive but you can eat very cheap in Chinatown, Little Islam and little India and get a feel of Anytown, Southeast Asia. And Singapore’s Chinatown is way better than Kuala Lumpur’s where everyone is just trying to rip you off.
Bell – Soooo difficult, it changes from moment to moment, loved Hanoi, Vietnam. The food, architecture, history and the people were amazing, it was a lot of fun and beautiful.

We’ve come to enjoy apartments, it let’s you pretend like you live in a city for a few days and you also get to have your own little kitchen, which we like to have as we usually find ourselves in markets buying food! And often they are a better deal than hotels.

7. Given an unlimited budget, where would you most like to go?

Bell – Tough, but I really want to see the Northern Lights, so I’d like to go on a cruise around the Arctic Circle and have some fancy suite where we could watch the sky at night. I know Alex will disagree here!
Alex – If it's cold, skiing in the Swiss or French Alps, or perhaps just chillin’ at the chalet watching others ski while pounding beers. For the summer, it would be a cruise around the Fjords in Norway.

Alex – The experience of trying new things and that sensation of freedom you get when traveling. Because I don’t think there is much else in the world more liberating.
Bell – Food! I love trying new things and then bringing that back home with us to incorporate into our daily lives so it always feels like there is a wee bit of travel in our lives.

9. What do you most dislike about travel?

Bell – Flying, well the process that surrounds flying to be more specific. Flying itself is amazing, but the security these days is stressful and other people’s complaining is annoying!
Alex agrees, but would like to add, when applicable, squat toilets!

10. What is your most memorable travel experience?

Bell – At the risk of sounding really soppy, meeting Alex. I will never forget him sitting up on the bunk bed above mine in the dingy hostel in Bruges, Belgium where we met. It might not have seemed at the time like it would end up being the most memorable travel experience, but it set our current lives into motion.
Alex – Bell’s final answer is cute and hard to top. For me, probably kayaking in Ha Long Bay, Vietnam, riding a moped in Corfu, Greece and almost driving off a mountain, and making a kick saving goal from an elephant’s soccer kick in Thailand (an elephant can put some mustard on a kick!).

Thanks guys, the photo is great as well as the summary, we're really honored to be a part of this series!

What a great story. Gives new meaning to the romantic idea that somewhere out in the world is the perfect person for each of us. Good thing these two found each other. :)