Understanding how to read a Japanese calendar is an important part of life in Japan. While it may seem intimidating at first when you see a combination of letters and numbers, luckily the Japanese date system is extremely easy to master once you understand a few basic concepts.

Wait…what? The current Japanese year is 3?

While Japan adopted the Gregorian calendar in 1873 i.e. the one that says this year is 2021, the Japanese date system of designating years as era names based on the reign of Emperors still remains in place and runs concurrently along with the Gregorian system. Each Emperor is designated an era name (gengō) which commences the day the Emperor ascends to the throne and ends on the day of the Emperor's death.

How to write Japanese years

The era name assigned to the current Emperor is ‘Reiwa'. Japanese years are calculated by the number of years the Emperor has reigned. The year 2021 is the 3rd year of the reigning Emperor, so this year is therefore ‘Reiwa 3', commonly written as the first letter of the era name then year number, i.e. ‘R3'. If the era is obvious, such as the current date or in relation to an upcoming event, the letter may be left off entirely, i.e. ‘3'.

It wasn't until 1868 that this “one reign, one era name” was adopted. Prior to that, different eras could be declared within a single Emperor's reign. The streamlining of the era calendar therefore has effectively only been in place over the reign of the last five Emperors.

What happens if the Emperor passes away mid-year?

The counting of Japanese years follows the Gregorian calendar with the year starting on January 1st and ending on December 31st, yet it would be a rare occurrence that the death of an Emperor conveniently conforms to these dates.

When an Emperor dies mid-year, that year can therefore have two names. The year 1989, for example, can historically be referred to as “Shōwa 64” or “Heisei 1” as Emperor Shōwa passed away on January 7th during the 64th year of his reign. However, specific events that fall on a set date can only have one year. If you were born between January 1st and 7th 1989, for example, you would say you were born in S64 and any date after that, H1.

As the Japanese year always ends on December 31st, if an Emperor passes away towards the end of the year, the ascending Emperor's “first year of reign” will be very short.

While the Gregorian calendar is also used in Japan, the traditional Japanese system demands that dates be referred to according to their era, and in fact, it is required for most official paperwork.

For example, when getting your Japanese driver's license or filling out forms at the City Hall, they are not interested in your Gregorian calendar date of birth. “What year were you born in Japanese years?” they will ask.

With the interchanging of dates, it's not always easy for Japanese people to remember all of them either. That's where conversion tables or age charts come in – a chart that shows the Gregorian calendar year alongside the Japanese one. Diaries often have one in the back for easy reference, and most Government offices will have one behind the counter to help you out if necessary. But if you are residing in Japan, it is always useful to know your date of birth in Japanese years.

This is an example of an age chart.

The first column has the Japanese year, the second is the Gregorian calendar year, the third the animal of the year according to the Chinese zodiac, and the last is the current age of a person born in that year. So if you look at the second column and find your Gregorian year of birth, or the last column and find how old you are (or will be turning in the current year), you can easily determine your Japanese year of birth.

A new era – the former Japanese Emperor stepped down in 2019

In December 2017, it was officially announced that then-Emperor Akihito would abdicate the throne on April 30, 2019 and his son, Crown Prince Naruhito would immediately succeed him on 1 May, 2019, bringing the ‘Heisei' era to an end.

Saying goodbye to the Heisei era – what defined the Heisei years and the significance of this era change.

This is the first time this has occurred in modern Japan's history, the last being 200 years ago. In fact, as per Article 4 of current Imperial Household Law, the throne may only be succeeded upon the current Emperor's passing.

Former Emperor Akihito, who is now in his 80s and had been Emperor of Japan since his father, Emperor Hirohito (Shōwa), passed away in 1989, expressed his desire to retire via a television address to the nation in August 2016, citing his declining health over recent years (which has included heart surgery and being treated for prostate cancer) and worry over being able to continue with his duties, all be they largely ceremonial.

In response to the Emperor's wishes and support from the nation, the Japanese Diet (parliament/congress) enacted a special one-off law in June 2017, allowing Emperor Akihito to abdicate. This law is currently not extended to his son or future successors to the throne.

This means that as of 1 May 2019, Japan ushered in a new era, and therefore the Heisei era ended in H31. The name of the new era is “Reiwa” and was officially decided upon and announced on 1 April 2019, one month ahead of the ascension of the new Emperor to allow authorities and businesses time to prepare their paperwork and computer systems for the date change. Under usual circumstances, the new era name is only released on its first day, i.e. the day after the Emperor's passing. It would be considered very impolite to publicly anticipate the passing of the country's figurehead ahead of time!

The announcement of former Emperor Akihito's abdication has also called into question whether reform is necessary for the carrying on of the Imperial family as a whole.

Prior to the Meiji Restoration, women of the Imperial family could become Emperor of Japan, and in fact Japan has had eight periods of female Imperial reign – six female Emperors, two of which reigned twice. Adopting an Imperial Chinese principle, the Meiji Constitution of 1889 banned women from ascending the Chrysanthemum throne, the first time in Japanese history. Under current law, only a male may succeed the throne and with a large number of women in the family, there is currently only one male heir, 14-year-old Prince Hisahito. In addition, women are expected to give up their royal status if they marry a commoner, an obligation not extended to their male counterparts.

In fact, Princess Mako, the eldest granddaughter of former Emperor Akihito and niece of current Emperor Naruhito, announced in September 2017 her informal engagement to her boyfriend of 5 years, whom she met at university. This is the 8th time a woman of the Imperial Household will be giving up her title to marry since WWII. Due to some personal financial troubles on her fiance's family's side, however, their official engagement and wedding ceremony, which were to take place in March and November of 2018 respectively, were delayed until 2020, and now remain up in the air amid the coronavirus pandemic.

Whether the current custom of women of the Imperial Household losing their titles due to marriage and being excluded from ascending the throne will be phased out or not, what is clear is that the Japanese Imperial family and the Japanese calendar is here to stay at least for a good while yet.

So when in Japan, don't be confused that the year is missing two or three digits or that your friends have children born in the year 1. A quick glance at a conversion table will clear things up. Or you can just enjoy the illusion that you have gone back in time!

Should the law be revised to once again allow women to ascend the throne? Or is the idea of a royal family simply outdated and irrelevant in modern society, and one that should be phased out, along with the Japanese date system? Let us know what you think in the comments! 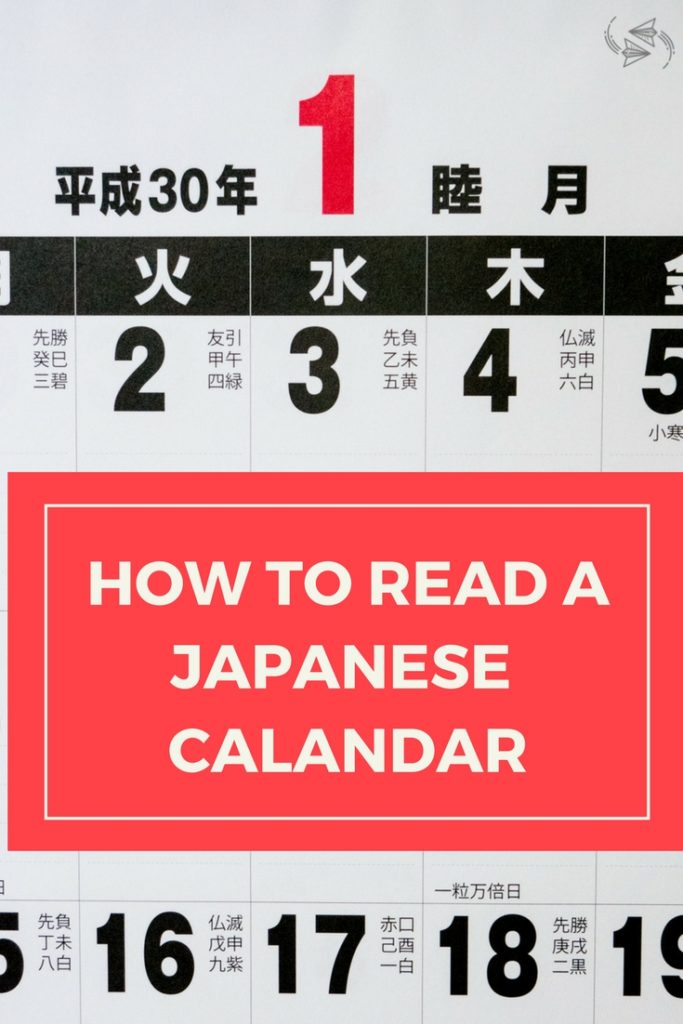 Wonderful! Thank you for writing this

where can i buy a 2022 traditional Japanese calendar?

Daiso is your best bet if you have one in your location. Otherwise you can find people sending them abroad on sites like Ebay.

Inu no Hi: Japan's 'day of the dog' for pregnant women

[…] dog is one of the twelve animals of the Chinese zodiac, on which the traditional Japanese calendar is based. According to this belief system, not only are years assigned an animal, but every single […]