Welcome to the streets of London's East End, year 1888. A time of great hardship, of hunger and disease. They were desperate times, to be sure. And if all that wasn't grim enough, there's a serial killer on the loose, sweeping terror through the streets of Whitechapel.

Jack the Ripper is one of the most notorious characters in British crime history. More than 120 years later, the unsolved brutal murders of five (possibly six) women, all prostitutes or at least allegedly open to proposition (you know what they say about desperate times), continues to grip the public consciousness. The story has been the subject of countless books and films, has paved the way for advancements in criminal investigation and even created a new field of study.

Visiting London today, one has the opportunity to walk the very streets of Whitechapel that Jack the Ripper did with your very own Ripperologist. Retrace Jack the Ripper's steps, visit the actual crime scenes and hear all the ghastly details of the circumstances surrounding each case.

Organised Jack the Ripper walking tours depart every evening in Whitechapel. We went on “The Jack the Ripper Tour”, the only tour to use Ripper-Vision™, a state-of-the-art projection system that awakens the Jack the Ripper legend with real crime scene sketches and photos beamed onto city walls. 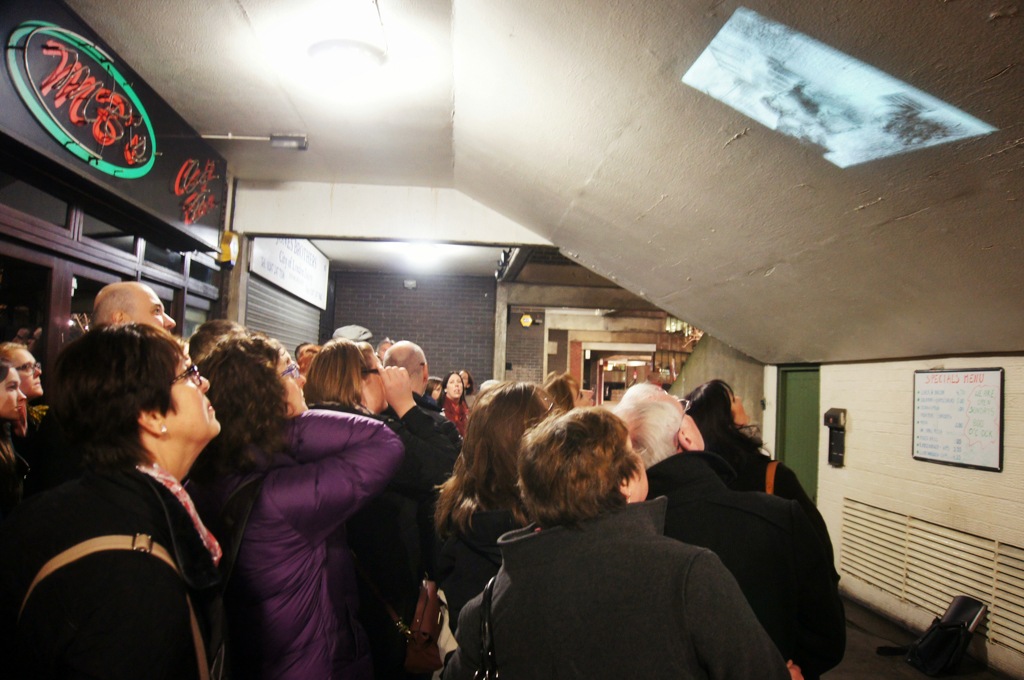 In addition to being Ripperologists, all guides of this tour are members of the Cloak and Dagger Club, a theatrical performance team who bring old crime history to life, so you can be sure of thrilling story-telling. 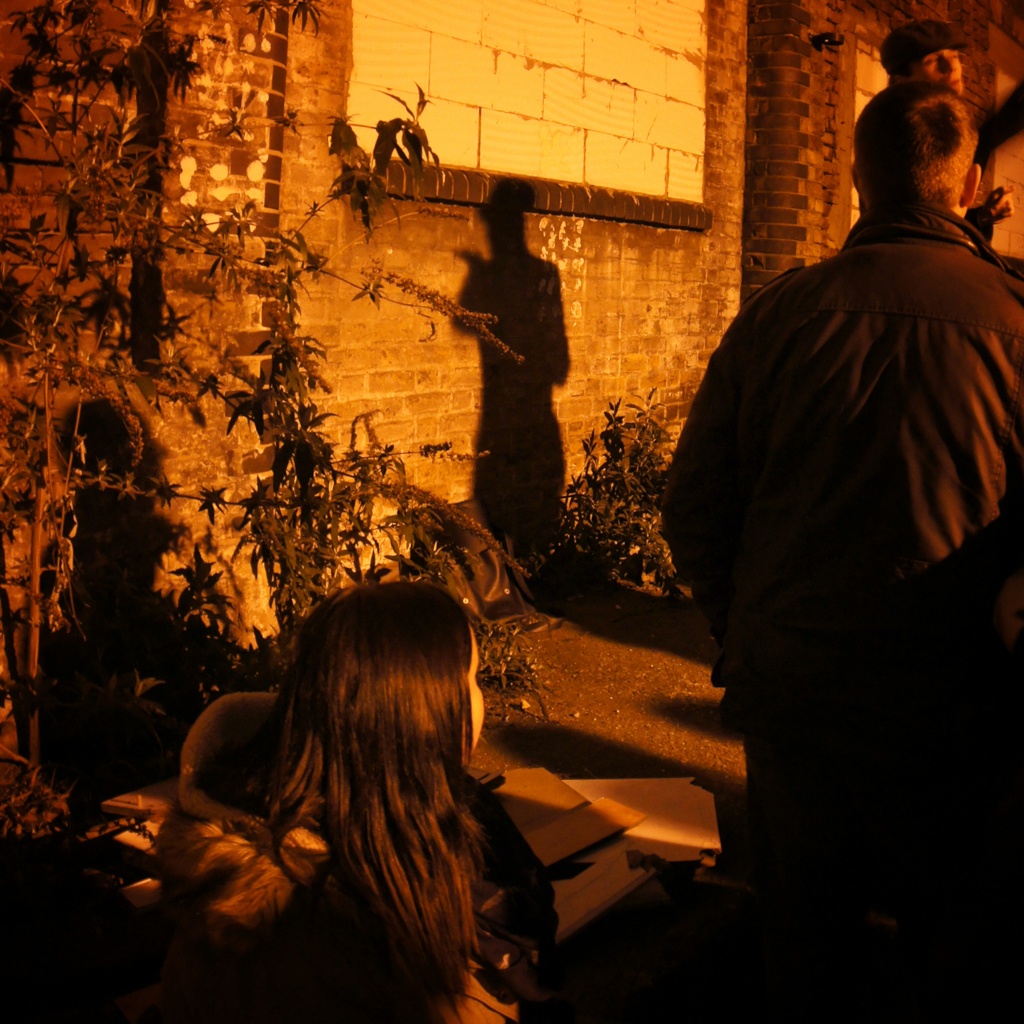 The Jack the Ripper Tour not only explains the grim murders but is a fascinating window into Victorian life and the social context at the time. While a lot has changed, there is much that hasn't. Have your guide point out the pub that Jack the Ripper's victims, reportedly known for their love of the bottle (there are those desperate times again), were known to frequent. Still in operation, you can go there yourself for a sinister after-tour scotch. Take the Tube home and imagine Jack the Ripper wandering the underground. Yes, what was known as the Metropolitan Railway (the world's first underground) that today forms part of several of London's Tube lines was already in operation during that fateful “Autumn of Terror”.

Whether you're a visitor or a Londoner yourself and looking for a thrilling evening out, then take The Jack the Ripper Tour. And yes, I do realise I just described retracing the steps of a serial killer as a fun time. It's just the guides are so wonderfully knowledgeable and entertaining that it's hard not to enjoy yourself. 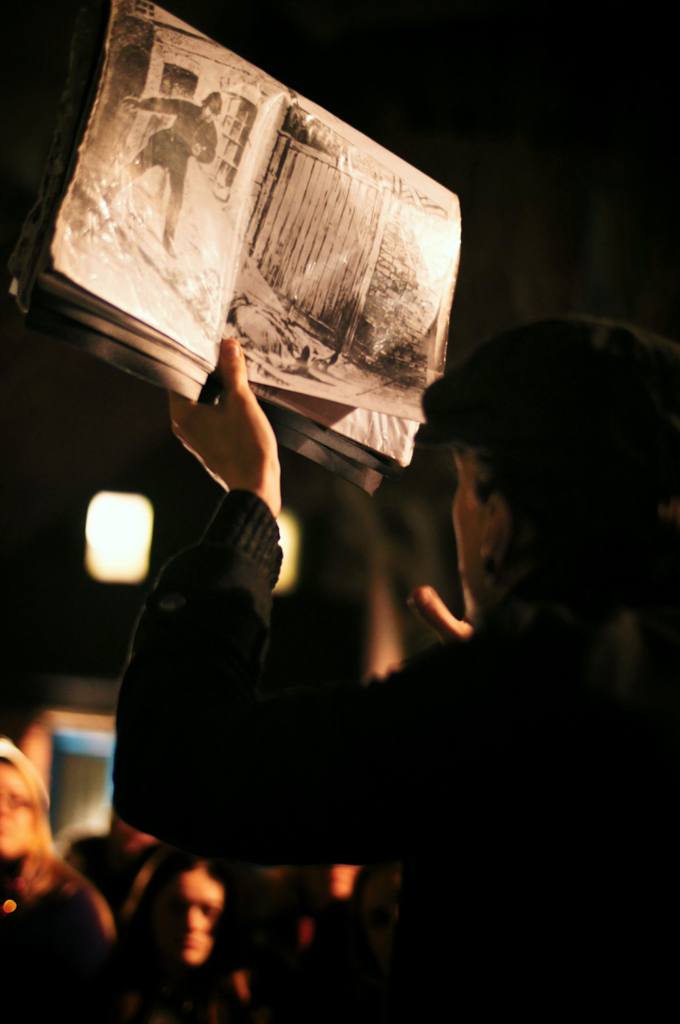 Have you ever been on a Jack the Ripper Tour? If not, would you?

What: The Jack the Ripper Tour with Ripper-Vision™

Where: Meet at Exit 3 of Aldgate East Station

We wish to thank The Jack the Ripper Tour for hosting us. As always, we tell it like it is.

"And yes, I do realise I just described retracing the steps of a serial killer as a fun time."

That line totally cracked me up! I'm sure I would find it fun as well, even if the theme is a touch dark. : )

A Jack the Ripper tour is at the top of my husbands list of things to do in London. He and my mother read everything they can find about these crimes. I know there are probably several tours to choose from, but this one sounds perfect. Thanks for sharing!

We thoroughly enjoyed this one, Julie. I didn't know much about Jack the Ripper before the tour but everything was explained extremely well and in an enthralling way so it was easy to get pulled into the story. I can only imagine how interesting it would be for Ripper enthusiasts like your husband and mother. Bet they'd have lots of great questions for the guide!

I love this kind of stuff (minus the brutal killing, of course). I went on a Gangster tour of Shanghai's former French Concession neighborhood (which had a roaring opium trade in the 20s and 30s) and enjoyed it very much. Like your experience, the guides made all the difference. We had two guides and one pulled out a fake gun during one of the stories and let off a few shots. The startled reactions of the passers-by were almost as fun as the tour itself!

Wow, I can only imagine, Heather! Not too many places you can get away with pulling out fake guns nowadays haha Something to add to the list when we return to Shanghai!

This sounds very interesting, but I'm not sure it's my thing! Doing the Eating London Food Tour a few months ago, we stopped at one spot where a victim was found, and the story of that alone (even though it was during daylight, and the spot is now an ugly car park) was scary enough! (And is it just me that despite being from London, I still think of Giles from Buffy the Vampire Slayer rather than the East End killer when I hear 'Ripper'?!)

Ripper-Vision; that made me laugh. If I was there, I'd take the tour Jessica; you sold me with your writing.

Thanks Bruce! It's a bloody ripper of a time! ;)