Living without a TV and traveling for so many years has left us completely out of touch with popular culture. It wasn't until a few months ago that we starting saying to each other, ‘What's this GoT thing that people keep talking about on Facebook?' It seemed this “Game of Thrones” had somewhat of a following and although unsure as to whether it would be a show I'd like, Hai suggested we take a look at it one night.

I wasn't that impressed with the first episode, I have to say. I don't mind gore, I just don't like gore for gore's sake. Several episodes in though, I was hooked, as was Hai. The characters were developing and there was much more to the story than bloodshed; now it aided the story telling. I'm also a sucker for a good love story, no matter how unimaginable or morally questionable. There's something about love and friendship in the face of brutality that plays to the human in all of us. It gives an even better plot twist in the face of betrayal.

We started watching an episode every day, over dinner at home or after getting back from a day of sightseeing. Gradually all those memes we had been seeing on Facebook started making sense. Over the course of a couple of months, we had completely caught up with the series.

When we arrived in Croatia, we had no idea that Game of Thrones was filmed there (at least part of it) and that the cast and crew were currently in-country filming Season 5. We tried to get on as extras, but unfortunately they were no longer looking for women and Hai couldn't get on because of his “Asian” appearance. Hai suggested to the production company that they introduce ninjas into Season 5; they suggested he be a dragon. Haha

The current Game of Thrones locations in Croatia include Split, Klis, Šibenik and Dubrovnik. Some of the more iconic scenes to date have been filmed in Dubrovnik, so when our friends over at Travel with Bender, who also happened to be in Split the past month, suggested we go on a road trip to Dubrovnik together and take a Game of Thrones tour, we were in!

The Game of Thrones Tour run by ToursByLocals is their most popular of all. It seems we're not the only ones slightly obsessed with the Seven Kingdoms! Our tour guide, Tom, was so knowledgeable about the show and its locations, and even shared some fun facts from behind the scenes. For instance, did you know that during the recent filming in Dubrovnik they hired someone whose sole duty it was to go fetch food for “The Mountain”?! Apparently he ate stacks of bananas and grapes and ended his five meals a day with a Mars bar.

During the tour, Tom had colour print-outs of the scenes so that we could easily recall and visualize them.

Spoiler alert: If you haven't seen the whole series to date, you may want to skip reading until after the second to last photo.

Do you recognize this scene? 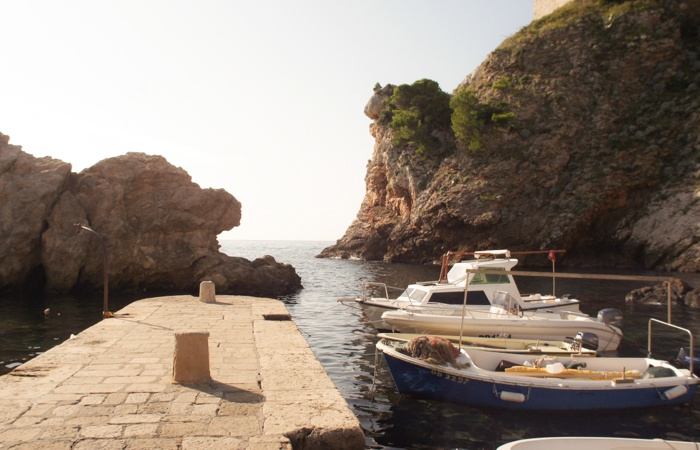 This is the pier where Lord Baelish had a private chat with Lady Sansa about their potential escape plans, while Shae and Ros looked on and spoke of protecting her.

Others required a little more imagination. Who would have thought this open space between a park and parking lot was where Joffrey and Margaery had their garden reception. It apparently took 10 days to set up and 5 days to film! 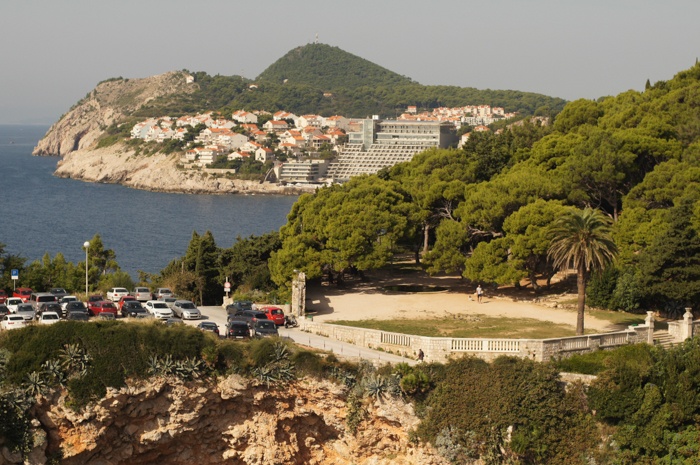 Dubrovnik is the setting for King's Landing, and while the towering Red Keep as we see it from the outside is thanks to CGI, the inside shots are filmed in the Fortress of St. Lawrence. Little known fact: Tickets to the Dubrovnik City Walls also give you entry into the Fortress too.

It was particularly interesting to hear about all the innovative ways they covered up modern or out-of-place details. 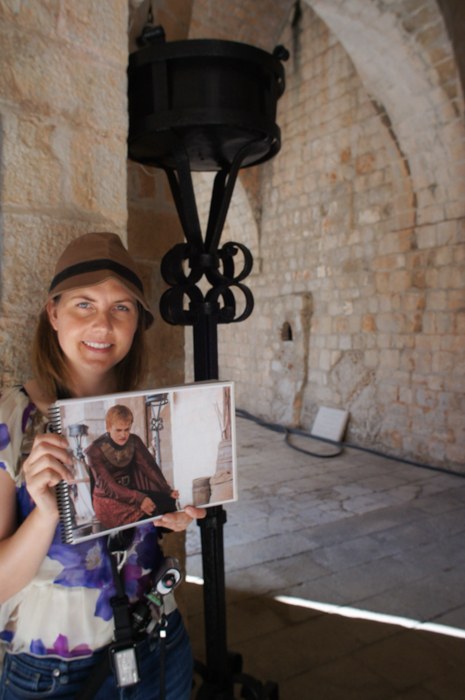 Inside the Red Keep.

Tom led us through parts of the Old Town for more scene matching and showed us a few spots that we'll be seeing in Season 5 too! 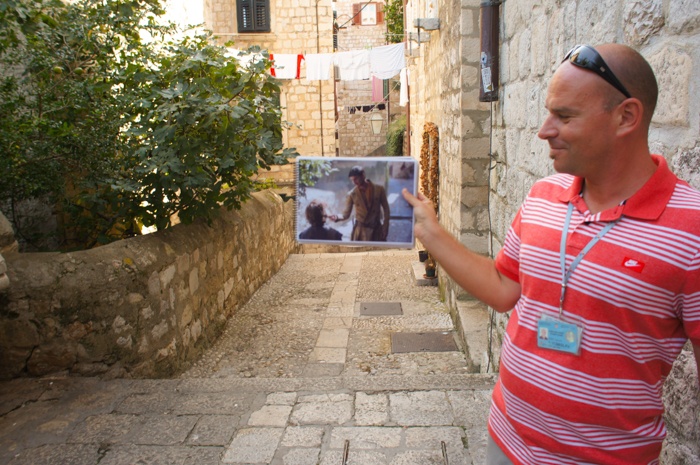 He even took us to Fresh Sheets B&B, the hostel where actor Peter Dinklage (who plays Tyrion Lannister) ended up spending the night on the common room sofa while in town filming Season 2. He met some Australian guests out on the town and they ended up back at the hostel where they continued drinking from the minibar. Funny thing is, neither the Australians nor the hostel staff who found him on the sofa in the morning recognised him and he was kicked out and made to foot the bill for all the drinks! A sign that says ‘Tyrion Lannister slept here' now marks the spot!

If you're a fan of the show, then Tom's Game of Thrones tour in Dubrovnik will give you bragging rights to all your friends and gleeful location spotting for seasons to come. Check out the tour details here.

Before you go, here's a final test of your dedication to the show. Can anyone guess which scene was filmed here? 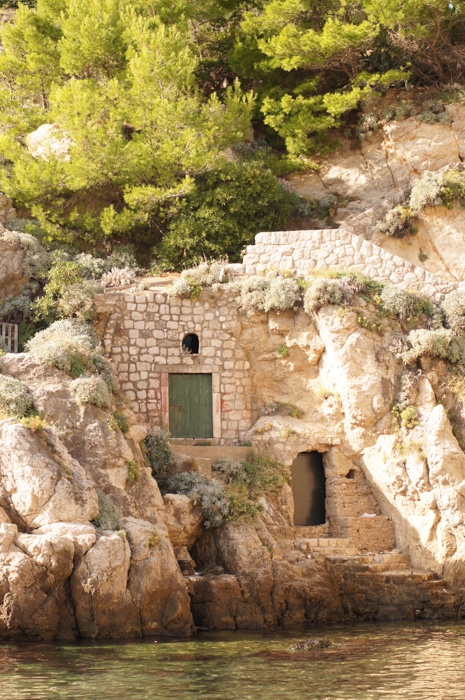 We wish to thank Tom and TourByLocals.com for hosting us on this tour. Our GoT obsession is all our own.

[…] an extra while they were filming in Dubrovnik. No luck, but we did get to go inside the Red Keep on a wonderful Game of Thrones tour, which is where we snapped this […]