Every new place we visit presents us with new learning opportunities. Different cultures and norms, add another language in there too, and you're suddenly thrown into perhaps the most enthralling educational game you'll ever play.

The means to reaching the next level? Dive right in and soak it all up. Learn from your mistakes, then make more and learn from those too. You'll start finding those keys eventually and the doors to greater understanding will just keep opening.

Here are five new things we learned about Rome and Italy more generally after 48 hours in the capital.

1. You should never order a cappuccino after 10am*

Well, let's say 11am, tops. Italians have an unfathomable obsession with digestion. Like you wouldn't believe. And what wreaks havoc with your digestion? Milk, they say! So ordering a cappuccino after meals in the afternoon or evening is completely unthinkable! This is not some old wives tale that only the superstitious or super dieters follow. No! This is an Italian rule! Break it and don't be surprised if you receive looks ranging from general distaste to complete horror, to not having your order taken at all, “for your own health”. 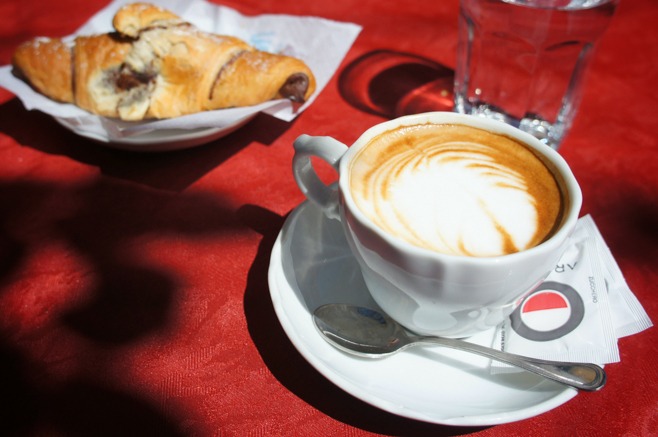 Cats in Rome are very well cared for. You're not going to find scruffy, skinny kitties roaming the streets. Why? The Italians believe that all cats here are descendants of a group of felines Marc Antony gave Cleopatra, and are therefore living symbols of the strength of the Roman Empire! Long live Roma!

3. Don't mess with an Italian's food

Italians are very proud of many things, chief among them tradition and food. A great number find themselves in family-run restaurants or shops passed down several generations or have been in the same business all their lives. From cheeses to hams to fresh produce and pasta, they know their specialty product inside and out, and you'd better not ruin what they've created with your senseless ordering or eating habits! Never before have I had the response ‘no' when ordering. That's what happens when you order two gelato flavours the owner of a legit gelateria concludes have no business being in the same cup! 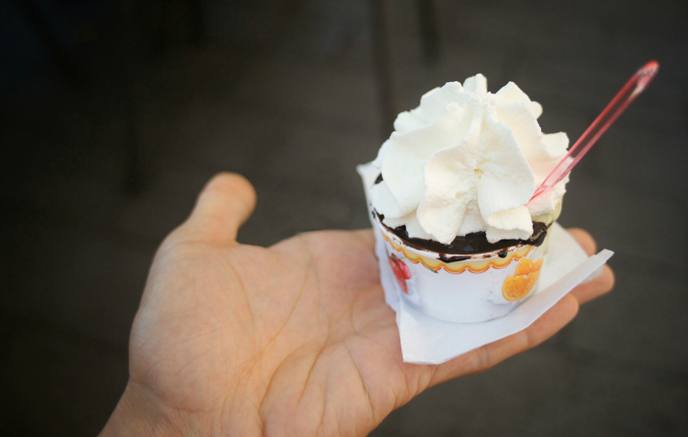 It may be hot here in August, but thanks to the city's 2500 “nasoni” water fountains, a free drink is never too far away. You'll see most foreigners cupping their hands together under it or doing some kind of awkward lean trying to catch the water running from the tap with their mouths. But Romans know the trick to a more elegant and less back-breaking stance. Plug the end with your fingers and see the water conveniently spout up through a small hole in the tap. I think you'll find it much more agreeable. Stay cool and classy, nomads! 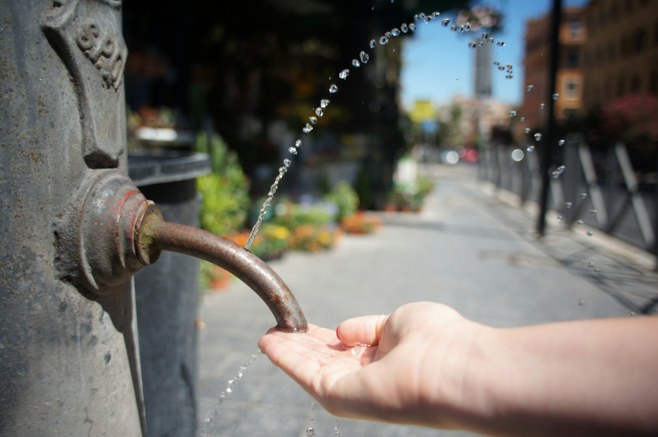 Whaaaat?! Yep, while it pains me to say, most of those delightful looking gelateria that catch your eye are passing off powdered gelato as the real deal. Taste a genuine, home-made gelato and it's impossible to go back. Luckily what is possible is spotting the difference just by looking at it, and we'll be sharing who can teach you how in an upcoming post! (Now published here).

Have you been to Rome or elsewhere in Italy? What were some of the first things you learned?

When I went to Italy,I spotted many gelaterias and most of them were pretty crowded.I was kind of worried on how to find a gelateria worth buying gelato.That's why,after searching the internet,I found a magnificient gelateria called "Giolitti". Many people were very satisfied by the gelato's taste so I gave it a try. Truly,the gelato was amazing and fresh, which made me very pleased.Yes,it might have been fake,but I insist you on buying gelato from this gelateria.You'll be very satisfied by the gelateria's support and the gelato it makes.

The famous city Rome & a country of high speed car Ferrari really make this city gorgeous.It is a nice place for tourist who really wants a great & memorable vacation.

I wish I knew that water fountain trick last time I was there! Cannot wait to go back just to try that!

Haha Yes, it's very handy! Once you know it, you'll never do it the other way again. :)

Fun facts! I can just imagine being told "no" by an exasperated Italian shop owner. I wonder if my flavor selections would pass muster? LOL!

I visited Rome as a teenager and the city did not make a good first impression. My husband and I are planning to go next year so hopefully the second time will be the charm. At least I'll be sure to try the real gelato this time!

I wonder where the line is? Try ordering some crazy combo and let me know what happens! ;)

Hopefully you'll have a better experience this time round and that all of the renovation works will be done by the time you get there. Basically the whole city was covered in scaffolding while we were there and there were more than a few tourists bitterly disappointed that Trevi Fountain was waterless and fenced off. These things have to be done from time to time, but they could have spread these projects out a little so that the whole city wasn't under construction at the same time!

These are great tips! We also learned about the gelato and the water fountain tricks...very, very handy :-) Another thing we noticed, in Venice especially, is that no one goes anywhere without their dogs! On the vaporetto, the grocery, restaurants, and even the toilets! Lol! I guess it's great these cities are so pet friendly :-)

Haha Well, they do say they are our best friends. ;) Have seen a few dogs out and about with their owners but not that many, probably because everyone has left the major inland cities for beach holidays this month. But will definitely be on the lookout for dogs in toilets in Venice. ;)