Japan loves its blooms, and now that cherry blossom season has seen its day in most of the country, we're now celebrating the arrival of shibazakura or moss phlox! 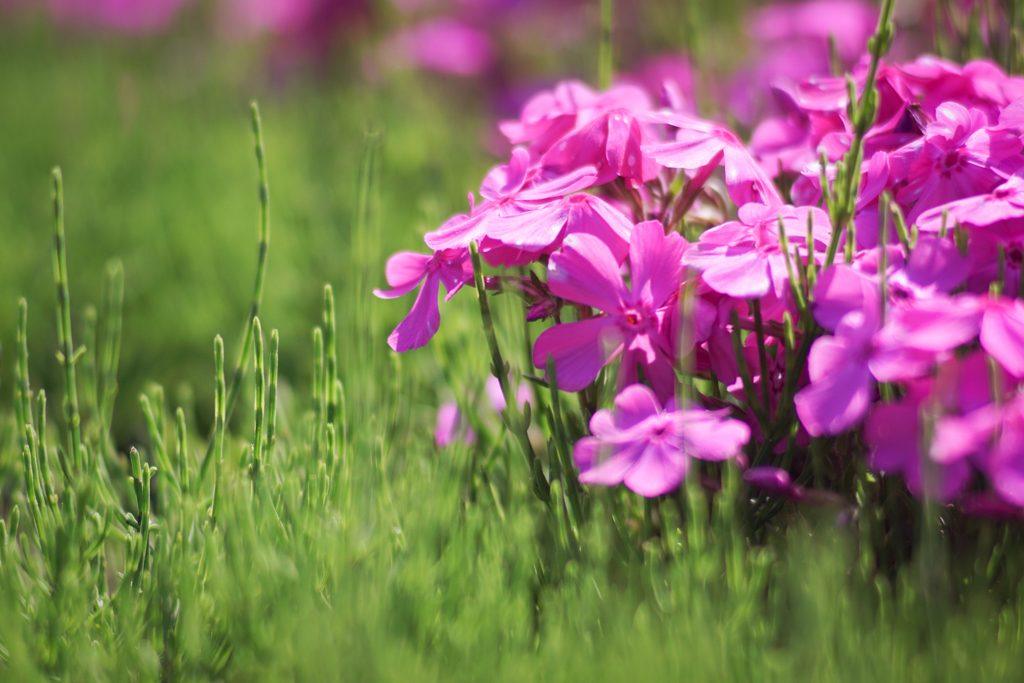 With the look of a run-of-the-mill garden flower and a name that sounds like something you should avoid catching, you may be wondering why visitors go out of their way to see them.

Well, just look what happens when you blanket entire parks and rolling hills with them. Suddenly your plain Jane is a head turner. 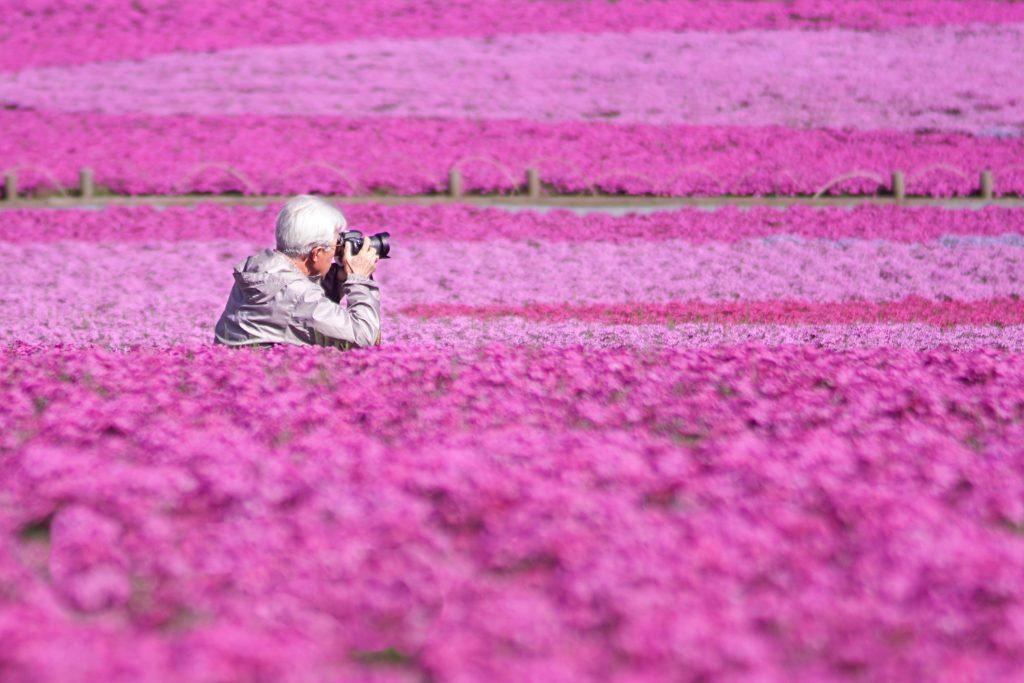 Quite impressive, don't you think? 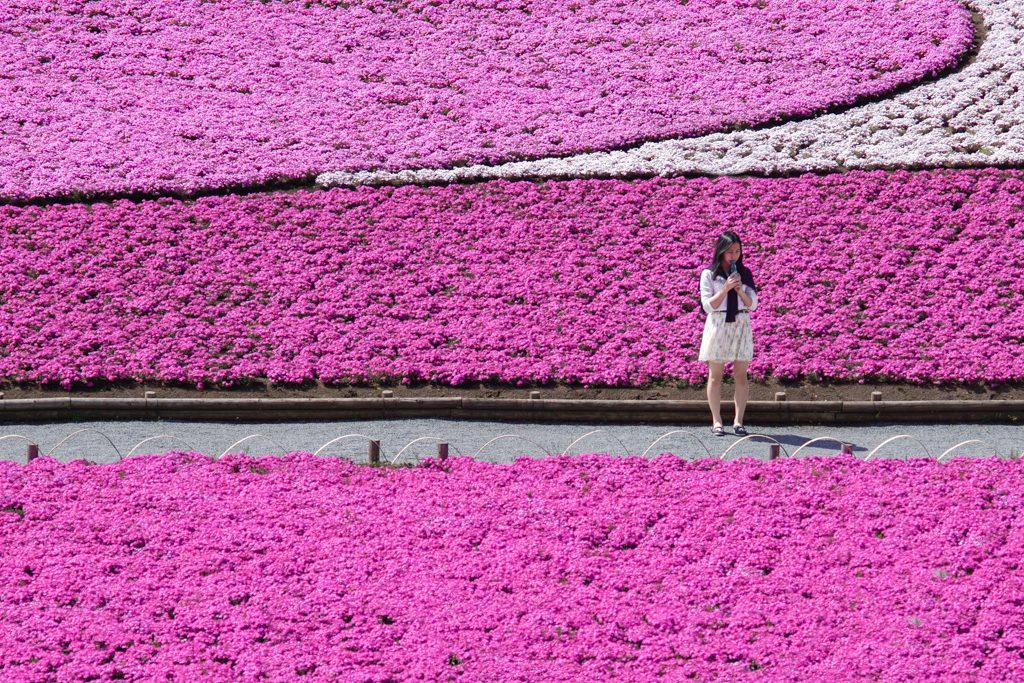 The flowers come in a number of colours including white, blue/purple and various shades of pink. Planted in large blocks of the same colour, this ground cover appears more like a thick carpet. 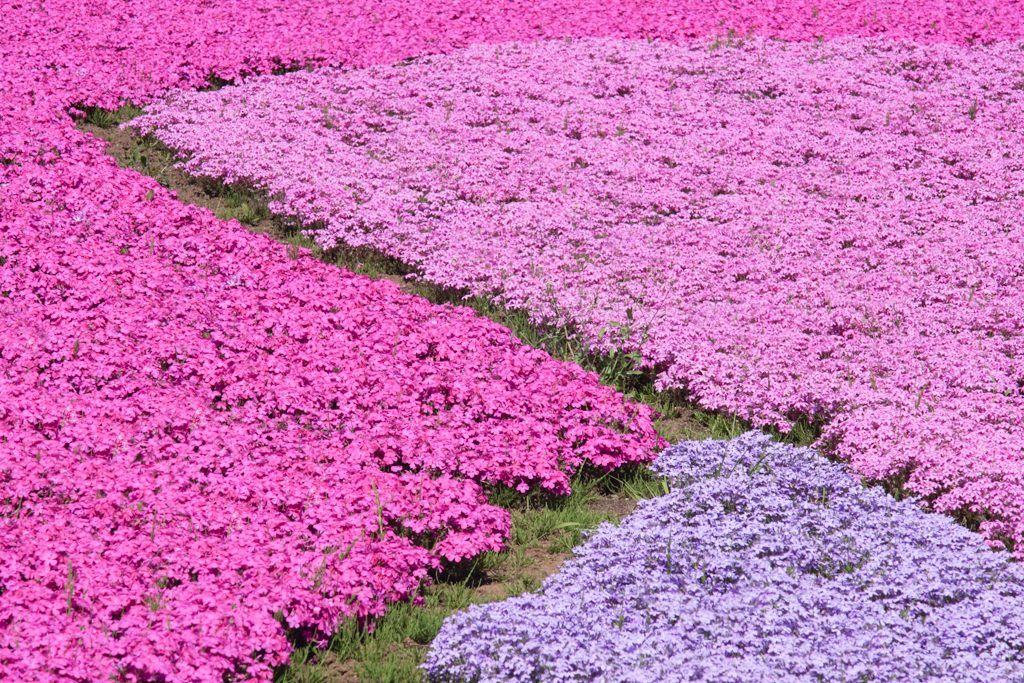 Moss phlox blooms between March and June depending on weather and location, and festivals are held throughout the country to appreciate them.

These photos were taken at the Shibazakura Festival at Hitsujiyama Park in Chichibu, Saitama Prefecture. 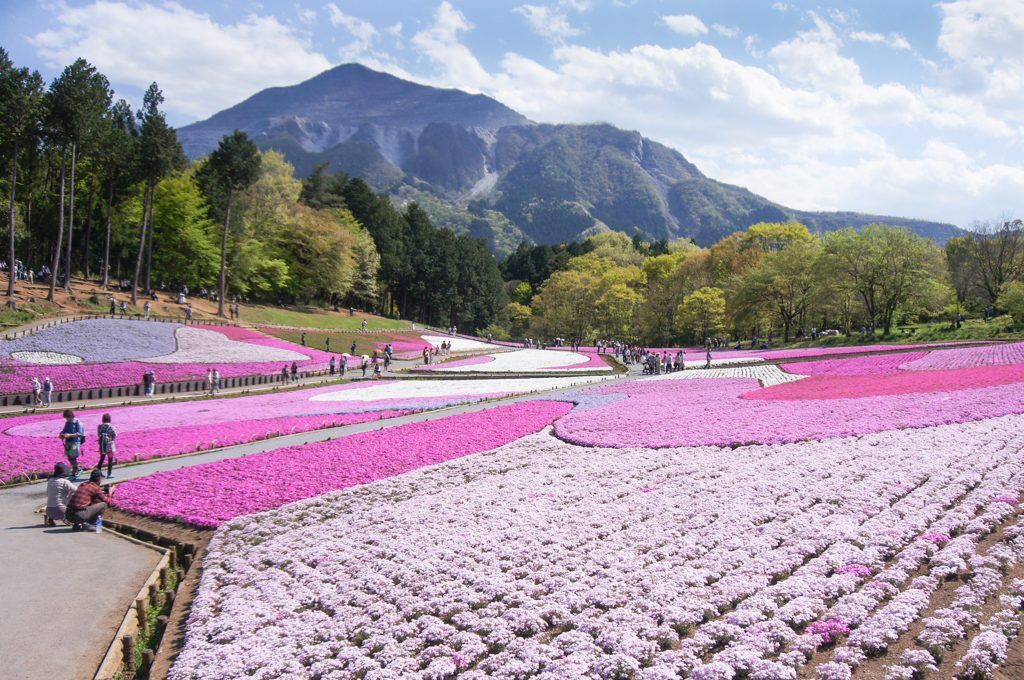 Perched on Shibazakura Hill, you can appreciate the bold patterns best by surveying the area from above. 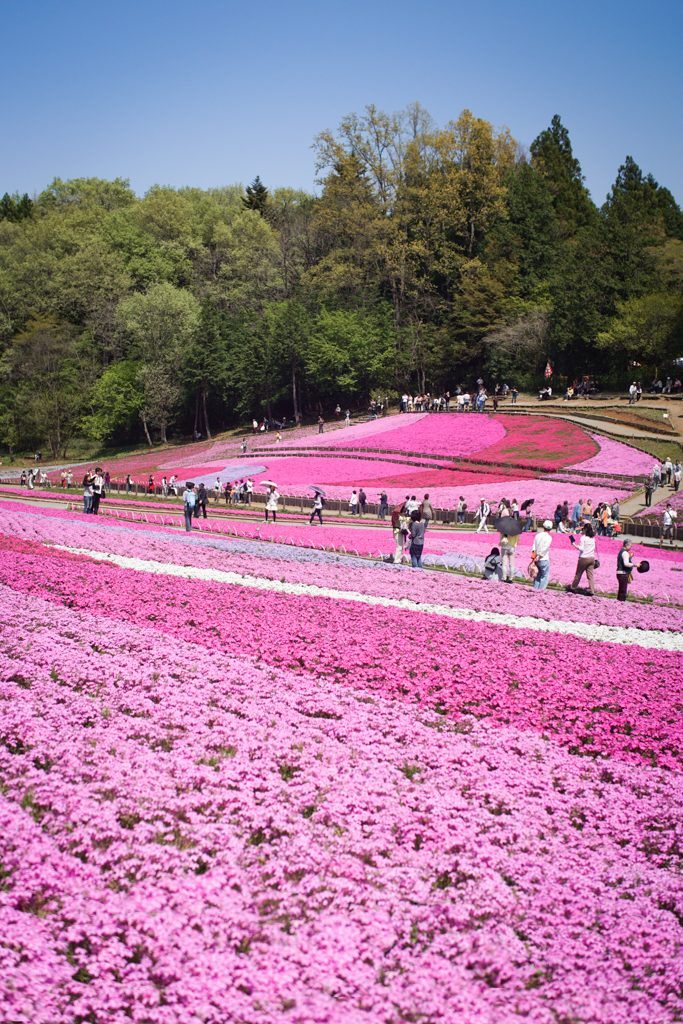 Attending flower festivals is an extremely popular activity in Japan. So much so, there's even the term hanasanpo (literally meaning ‘flower walk') to describe the act of going out and walking amongst seasonal blooms. Most festivals will have a variety of food stalls and some even sell unique souvenirs to commemorate your visit. Here are some scenes from this year's festival in Chichibu.

Want to check out a shibazakura festival for yourself?

Here are some of the most popular spots to view them.

Have you been to a moss phlox festival? Where was it and what did you think?

[…] I know, who wants to catch moss phlox, right? But trust me, the only thing contagious at shibazakura festivals is the smile you’ll be wearing from ear to ear. Another pretty little thing, it comes in a variety of colours including white, blue/purple and various shades of pink. It’s usually planted in bold colour coordinated patterns providing striking picture-taking opportunities. The most famous shibazakura festival takes place in Yamanashi Prefecture with glorious views of Mt. Fuji in the background, while the shibazakura festival in Chichibu, Saitama Prefecture (pictured below) is also a top-viewing spot! More details on shibazakura festivals here. […]

Wow, what a picturesque sight to behold! I also want to to go to Hokkaido for its flower festival, but airfares for seasons such as this one are skyrocket!

We'd love to see the Furano Lavender Festival too! But, yes, the airfares...Haha

Oh my God it's beautiful!!! I wish we'd gone there! I'm sorry I didn't reply to your last comment- we only stayed in Tokyo one night before heading to Hakone the next morning where it rained all 2 days we were there -___-. I just put up a blog post about our hilarious Air Bnb experience in Tokyo: http://kimkine.blogspot.com.au/2015/04/tokyo-air-bnb-experiences-featuring-le.html

Are most other Air Bnb's like this!? (If you guys have had any experience with them, or known some owners)

No worries - I know how busy it can get trying to fit everything in while travelling. :)

We haven't stayed in an Airbnb apartment in Tokyo because we've always had our own place or have stayed with friends. But we recently stayed in one in Osaka as well as Kyoto. The Osaka apartment was tiny (as we expected). Bathrooms are often particularly small is Japanese apartments, as you've discovered. Haha But it was fine otherwise. The Kyoto place ended up being a super nice serviced apartment - basically it looked like a hotel and had an awesome bathroom. We were so pleased with the luck we had with that place!

You have to be careful on Airbnb to note whether it says 'private room' or 'entire home/apt'. If it's the former, then there may be other guests in other rooms or you may have to share some common facilities. That said, listings should not be misleading either and they should explain the living arrangements clearly so you can make an informed choice about what kind of accommodation you'd like to stay in.

As for the second place, girrllll, you need to read those reviews! Haha Definitely feel for you though. Nobody wants to be stressed out like that on holiday, or anytime! By the sounds of things, they were being very unreasonable. They can't expect to reap the financial reward of renting out their place but expect guests to pretend they are not there. They have to understand that there is a certain amount of "noise" that comes from everyday living. If they have an old place with no insulation and a reasonable amount of noise disturbs them, then they really shouldn't be renting it out. As for the photos not reflecting reality and the mould etc, that's never cool. Definitely mention it in your review.

I'm sure there are lots of excellent Airbnb's in Tokyo. They're just probably not going to be that cheap. Despite the accommodation issues, hope you still enjoyed yourself in Tokyo and we'll have to meet next time!

Gorgeous! I'd never heard of this pretty little flower before.

Neither had we! It is pretty, but you probably wouldn't look twice if there were only a few of them. The way the Japanese take one fairly ordinary looking flower and do something spectacular with it is quite amazing. :)