There are not too many people who can say they love flying. In fact, a lot of travellers often cite the actual “travelling” part as their least favourite part of travel. Sure, it's exhausting and I too sometimes wish for the ability to click my heels and be in a completely different destination but, in all honestly, I don't think I'd want to change the effort it takes to transport myself from one place to the next.

I love the act of flying and basically everything that goes with it, even hanging out at airports for extended periods of time. For me, airports equal happiness. The boundless excitement of a new trip or of a heart and mind full of memories upon return. Even a layover means the chance to touch down in new terrain and perhaps sneak in a few hours of city exploration. Hell, I even enjoy filling out visa forms. Because flying means I have gone places, am going places and can go more places in the future. Flying makes me feel like I can be anyone and can do anything.

Yet there's something about the flying process these days that makes me feel somewhat removed from flying itself. Don't get me wrong, I love Airbuses as much as the next airplane junkie, and appreciate the advances that have taken place in the aviation industry over the years. Now more people can fly, discover the world and feel more comfortable doing it. That's an awesome thing. Sometimes though, it really is like a bus in the sky and it's as if the clouds are just a rolling screen outside that passengers barely even glance at before closing the window shade. And sometimes all I want is to feel like I'm flying.

One of my favourite flights ever was a flight I took from Darwin, Australia to Dili, Timor-Leste. I can't remember how many people were on that flight, but it couldn't have been any more than 20. And yes, it was full! Rather than walking up and down the aisle with a trolley, the air hostess asked everyone what they wanted to drink and then she made it from the little kitchenette in full view of us. “Do you want sugar with that, darl?” she'd ask as she made our brews exactly as we'd like them, as if she'd invited us around for tea at her place. There was something about being in a small aircraft that connected me to flying again. There was something about seeing into the usually screened-off crew's quarters and the cockpit that made flying more of an experience. And there's something about being able to see most of the plane from your window that makes you want to stare out of it endlessly and think ‘I'M FLYING!'

That plane was quite small for a commercial flight, but it's not as small as they come. It's always been a dream of mine to fly in a really small aircraft with goggles and the wind in my hair, you know, all Amelia Earhart circa late 1920’s style. So learning about Cinnamon Air, who run various commercial and chartered routes with their three Cessna's in Sri Lanka, was ticking all of the right boxes.

While I definitely recommend taking the train at some point during your Sri Lankan adventures (especially through the tea country), flying will cut your travel time drastically. If you're short on time and/or just want a really cool experience, you should definitely consider taking Cinnamon Air, Sri Lanka's premier domestic air taxi service.

What's even better than a regular Cessna? An amphibian one! Cinnamon Air have two in their fleet. This means they have the ability to take off and land on water! I just added more boxes and, yes, I just checked them. 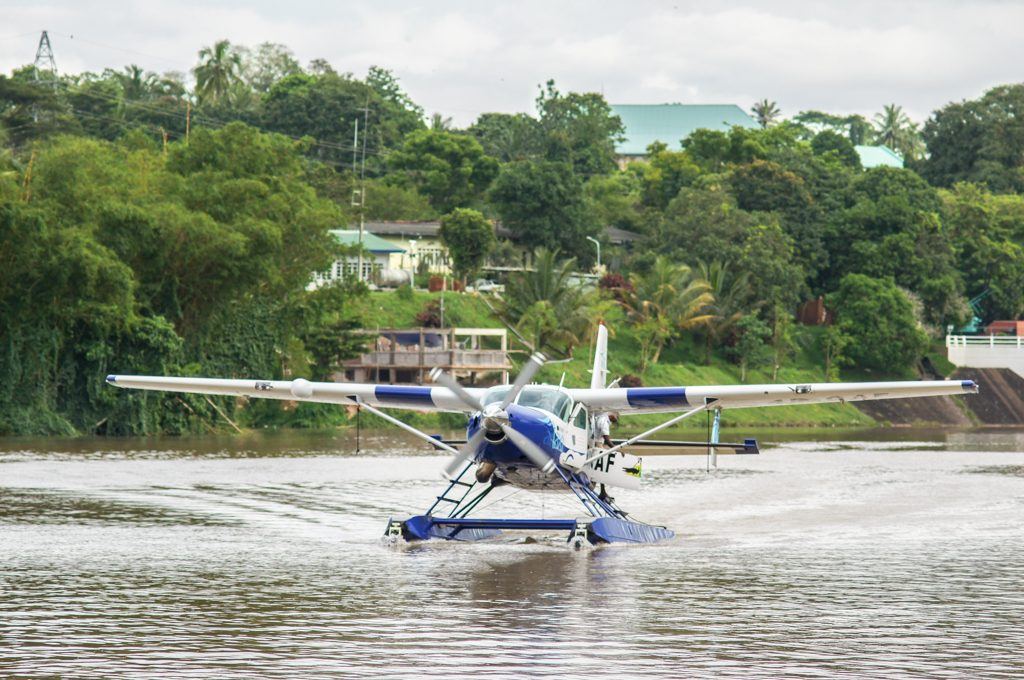 The aircraft we would be taking from Kandy to Colombo was one of them. It only had room for eight passengers and I absolutely adored being able to sit right behind the pilots and see everything that was going on. It was fascinating. 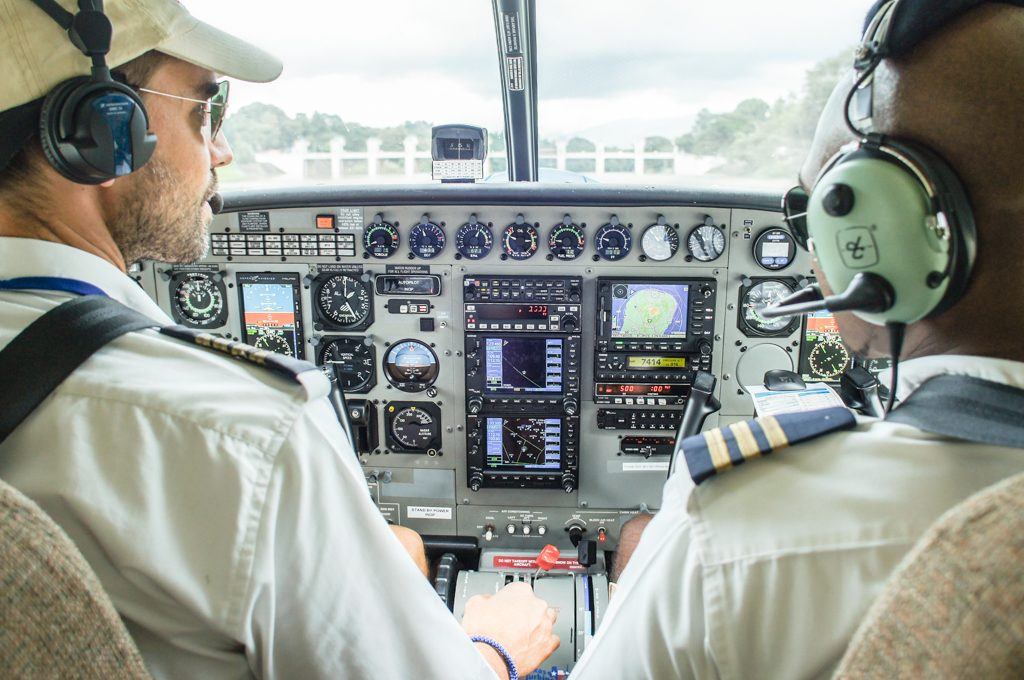 Even though I secretly don't want the responsibility of flying a plane myself, I love the idea of it! With two experienced pilots who also happen to know how to look good while doing their job, there was no shortage of aviators lying around. The co-pilot handed me his and let me take my dream pic in the cockpit. They may not be goggles, but time's have changed since Amelia's time. I really want a pair of aviators now! 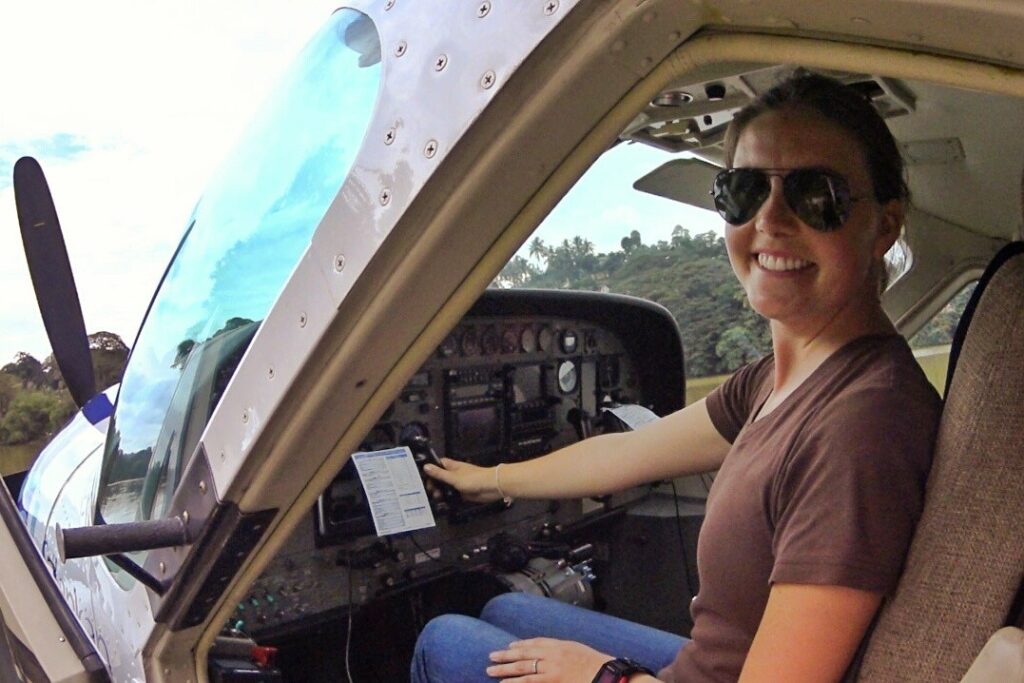 As for this airport and flying experience, you'll have to watch the video to find out!

Have you ever been in a Cessna or small aircraft? Or would you like to? Tell us what you think in the comments.

We were guests of Cinnamon Air. Our love of flying and cool travel experiences remains our own.

Hi Jessica! As an avid fly-fisherwoman, I've taken several flights in small aircraft (including float planes) to get in and out of remote parts of Alaska. After one terrible storm experienced in a three-seater, I had sworn off flights that small. Of course, that commitment crumbled this year and I'm now booked for 8 different small flights to get in and out of remote Zimbabwe later this year. I'm hoping that the scenery gets me over the apprehension that I am holding.

Hi Natalie, you put me to shame! Sounds like you've had some amazing adventures and this year is no exception. I would love to know more about your experiences in Zimbabwe. Hai and I also love fishing and will be going to Finland in the summer to do exactly that. But it won't be anywhere near as remote that it requires going in by small aircraft. I know what you mean about small planes (you do feel more than a big commercial aircraft), but you'll be fine, I'm sure. :)

Looking very cool there, Jess! :) I do get abit airsick flying in small planes, but I love the views because they don't fly so high. I've flown a microlight before (assisted) over in Gosford, NSW a few years back and it was really amazing. No time to get airsick as it was open air plus when you are controlling it being airsick is the last thing on your mind! :)

Haha I bet! That's awesome! It's definitely something to experience at least once in your life. It's so exhilarating! :)