Russia was always one of those Eastern European countries that intrigued me. My whole image of Russia prior to this trip was a stereotypical one to be sure – think fur-lined coats, babushka dolls, vodka and Cold-War politics.

And sure, there were things that in reality matched some of these pre-conceived notions. But just like most places that you get to see with your own eyes, you experience the “so much more” that only travel can provide. And, boy, did we discover a whole lot in Russia!

Here are our top tips for a visit to this vast country!

P.S. Russian embassies and consulates around the world, please make it easier to get a visa. Spasiba! The Nomads.

Lake Baikal ticks all the boxes when it comes to making a lake really cool. How’s this for accolades? It's the world's deepest lake at 1,700 metres(!), the oldest at 25 million years(!), the most voluminous freshwater lake, holding 20% of the Earth's unfrozen fresh water, and is one of the most biodiverse being home to around 1,900 species of plants and animals, about half of which are endemic to the lake! No wonder it was declared a UNESCO World Heritage Site in 2006. With its waves, sand and sheer size, you'll have to remind yourself you're not looking out at the ocean!

The following photo was taken from Olkhon Island, the largest of the islands on the lake and a popular multiple day trip from Irkutsk, one of the stops on the Trans-Siberian railway. 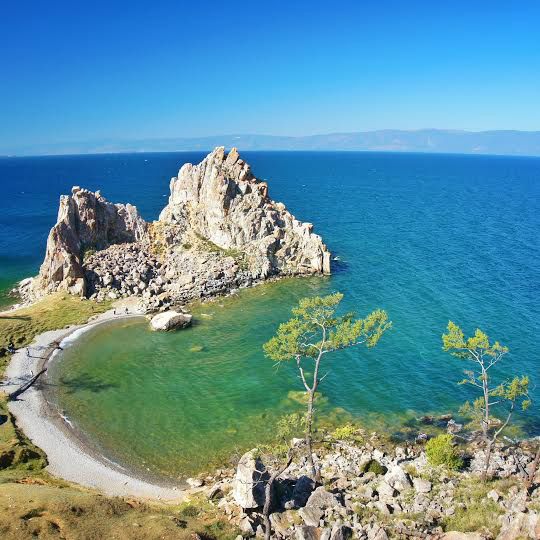 Is it morbid that one of my favourite things to do in Moscow was visiting a dead body?

Lenin's embalmed body has been on display in the mausoleum in the Red Square for 90 years (bar a few exceptions during war time and building renovations). With the process of carefully preserving his body starting shortly after his death in 1924, he appears to simply be sleeping in a glass sarcophagus, his embalmers claiming “looking better than the day he died.”

You'll wait longer in the line than the minute or two you'll spend inside, but I found the whole thing to be completely fascinating.

Entry is for limited hours on certain days of the week. Entry is free, but if you have large bags or electronic equipment with you (basically anything that can take images or record), it will need to be checked in at the nearby baggage counter for a small fee.

Interesting fact: Stalin's body was displayed alongside Lenin's for eight years until it was rather unceremoniously removed and buried by the Kremlin walls during the process of “de-Stalinization”. Some even purport to say that Lenin himself supported the move! However, given the length of time he has already been on display, and the funds and energy that go into preserving Lenin's body for public viewing, some say it is about time Lenin and his legacy also be buried. Chances are he won't be on display forever, so if you want to get a glimpse of the former Soviet leader, now might be a great time to plan that trip to the Russian capital!

While the stunning Bolshoi is one of the most famous theatres in Russia, it’s not your only option for seeing the beauty of a ballet live. Head to the box office outside Alexandrovsky Sad Metro Station for lots of choice and at a fraction of the price of those small booths within stations. Here you can book tickets for the State Kremlin Palace. I don’t know about you, but I think there is something kind of cool about being allowed into the Kremlin grounds at night.

Extra tip: If there are lots of tickets left close to the performance and you don't mind taking the risk, buy the cheapest tickets available and you'll most likely be invited to move closer to the front. We saw a spectacular performance of the renowned ballet Giselle in the best seats in the house for just $12, the cost of balcony seating! If we had known, we could have halved that price again by buying the cheapest tickets of all and still gotten the same awesome seats up front!

How to find the State Kremlin Palace box office: If entering Alexandrovsky Sad Metro Station from Alexander Gardens, take the exit to the right. Once outside the station building, turn right back towards the Gardens and the Kremlin. The box office is right at the end overlooking the main entrance to the Kremlin. 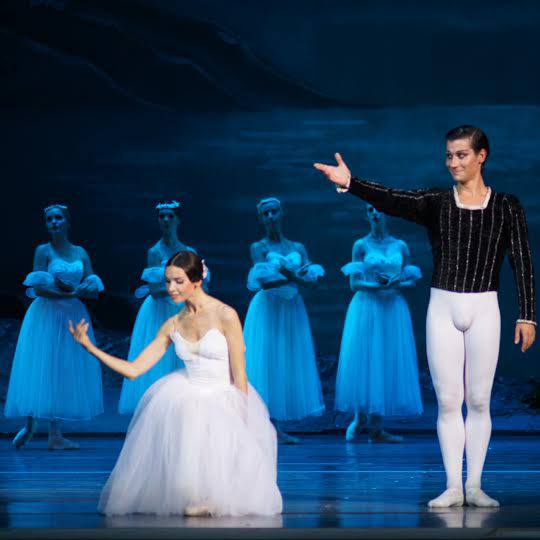 Just a few days in St. Petersburg isn’t going to cut it if you really want to take in all that this magnificent city has to offer. Nicknamed the “Venice of the North”, there’s a reason the whole place is basically a World Heritage Site. Allow a whole day for the State Hermitage Museum and pay for photography permission – you're going to want to take pictures!

For something special, head to St. Petersburg during the “White Nights” of summer (late May to early July) when the city's northern latitude means the sun doesn't fully set and one can barely distinguish day from night – definitely one for the romantics and those who love all-nighters! The Scarlet Sails event is the epitome of White Nights revelry – the biggest annual public gathering in Russia! And the warmer months are the perfect time to witness the raising of the bridges along the Neva River in the wee hours of the morning when large container ships are let through. Just make sure you're on the right side or you won't be getting back to your hotel for another few hours! Then again, if the streets are basically a party, you may not mind carrying on the festivities. 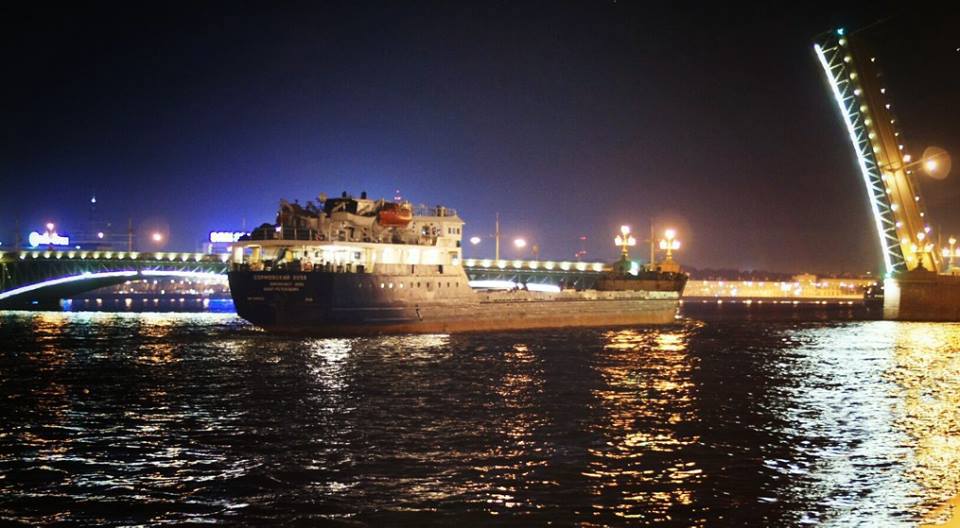 The bridge raising in September when the nights are dark again. Experiencing the White Nights is still on our list!

5. The Moscow Metro is more than transport

While the Moscow Metro system is a convenient way to get around, make sure you take some time to admire the stations themselves, attractions in their own right! Tours are dedicated to them and you could easily just buy a ticket and travel around for several hours taking in their differing character and architecture without even leaving a station.

With 190 metro stations all with their own identity, the “best” ones to stop off at are somewhat subjective, but some of the more popular choices are Novoslobodskaya, Ploshchad Revolyutsii (don't forget to give the dog statue a rub on the nose, said to bring good luck!), Kiyevskaya, Mayakovskaya and Komsomolskaya, to name a few. 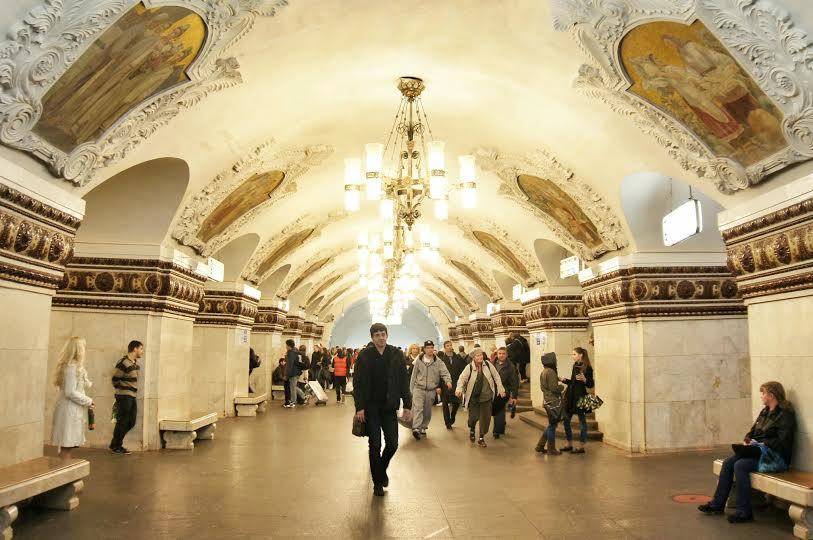 What an amazing lake. All five ideas look great except I'd probably sleep through the boat bit!

It's one seriously amazing lake, isn't it, Bruce! It was definitely worth making that stop on the train.

The raising of the bridges isn't always easy to stay up for, especially when it's cold! It would certainly be much more festive during the White Nights. But it is interesting to see people zooming around the streets trying to "beat the bridges". Each bridge has a different raising time so if a car misses one, you see them speeding through the streets trying to catch the next one. It's just like trying to make last train. :)

OH MY GOD!!!! I knew I wanted to go to Russia, but now, even more sooooo!!! Gorgeous gorgeous shots, Hai!!! And great info, Jess!!

You guys rock every time! Keep it up! Jul'

Russia really has some cool things to see and do. You'll definitely have some amazing and diverse experiences, and it's a great place for photography!

Russia has been on our list for years and we are finally going next year - so will definitely keep these tips in mind - thanks!!

Fantastic! Will you be travelling by train?

Don't worry. I'd be all about Lenin's dead body, too. So fascinating!

St. Petersburg has been on my list for years. It looks so amazing!

St. Petersburg - yes! Definitely get there. It's well worth the trip.